This is one of the big things I had right from the start of the pandemic – that the combination of demographics, suburban flight, plunging interest rates and the idiosyncrasies of pandemic-induced lockdowns would produce a housing and remodeling boom. I had some stuff wrong but this was the big thing you had to know – the desire to nest was going to be epic in 2020. Housing is now the strongest segment of the entire US economy.

Here’s something from Zonda: 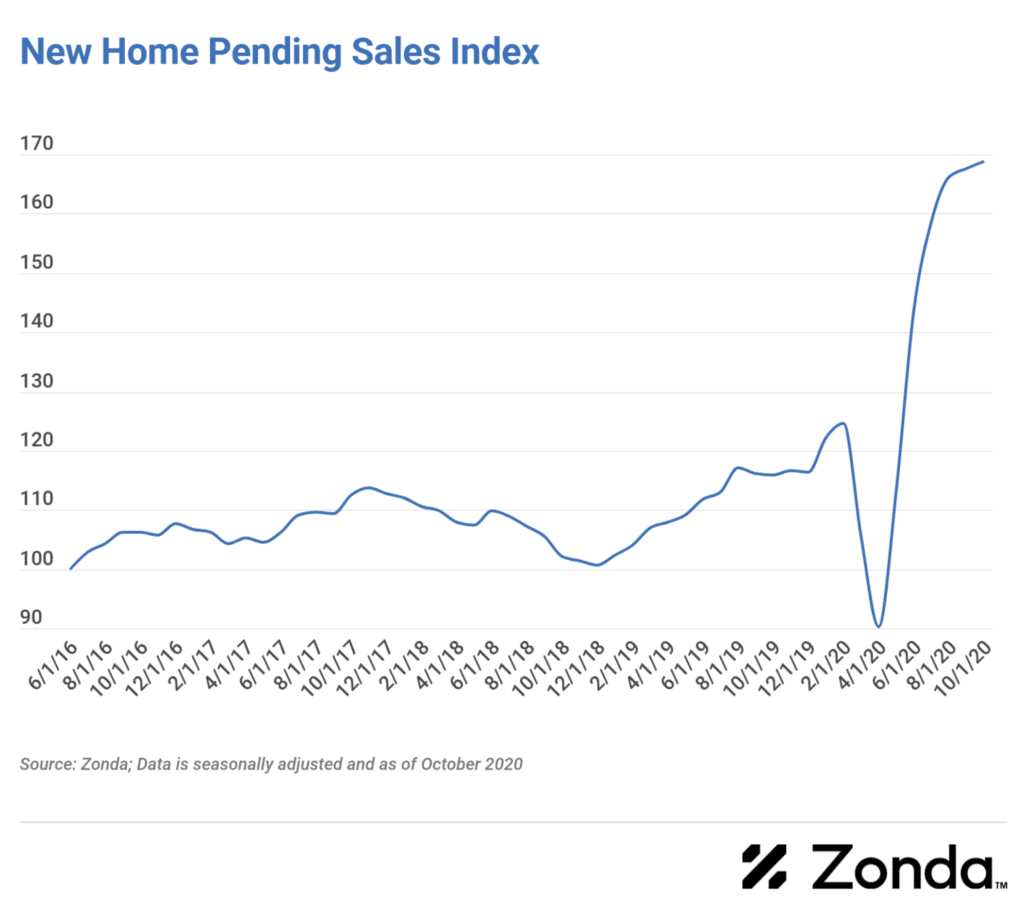 I told you. Just absolutely cartoonish.

Imagine future economics students trying to understand a recession generating a concurrent housing boom without having the context of the pandemic to explain it. That’s why it’s not only different this time, but every time. There has never been a recession like this one – with the effects that this one produced in the markets – and future recessions may look nothing like it as well.

This was the other big thing I got right – back in March I thought that the news would get worse, but that it’s ability to shock us would diminish. That was the right mentality for this year and it’s how we kept our clients invested through it all.

I’ll be thinking and writing more about this concept this winter, because it may have been one of the biggest investment lessons I have ever learned, and I have realized its important in real-time rather than in hindsight (which is how we usually learn stuff – after the fact and after the losses). I want to develop this concept further for future posts…