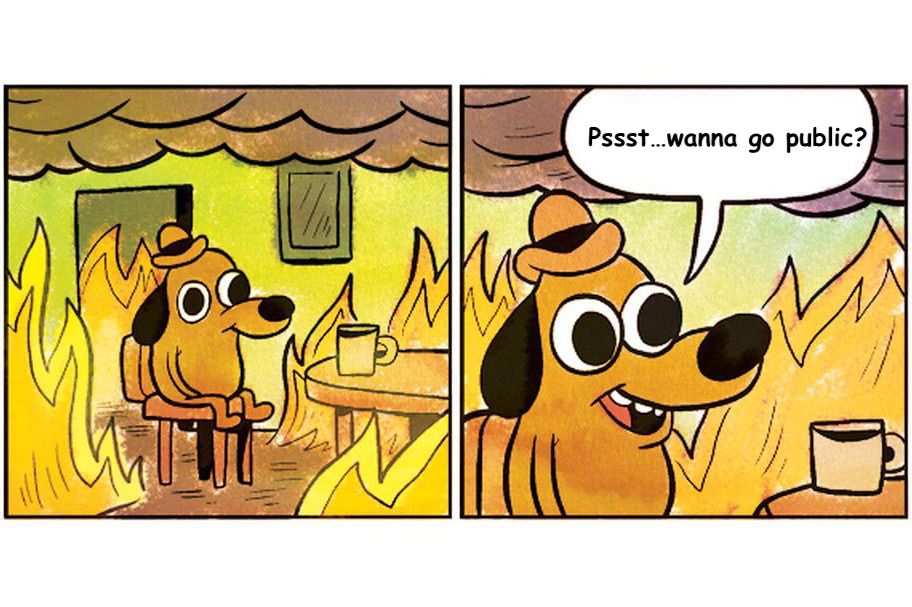 Thanks for listening to the new episode of my podcast over the weekend – I had on two experts in the IPO market to discuss what’s going on now and what is to come as we end 2020 with a record number of deals and dollars raised. If you missed it, my big takeaway is that there is definitely an IPO Fever going on, but the 1999 comparisons are too much. At least so far, but it bears watching.

I’m showing you a chart below that Ari Wald at Oppenheimer just put out, I think it’s a good way of viewing the difference between IPO performance in this era, versus that era. One of my guests from the podcast was Kathleen Smith, whose firm Renaissance Capital is actually the sponsor of the ETF Ari is looking at here: 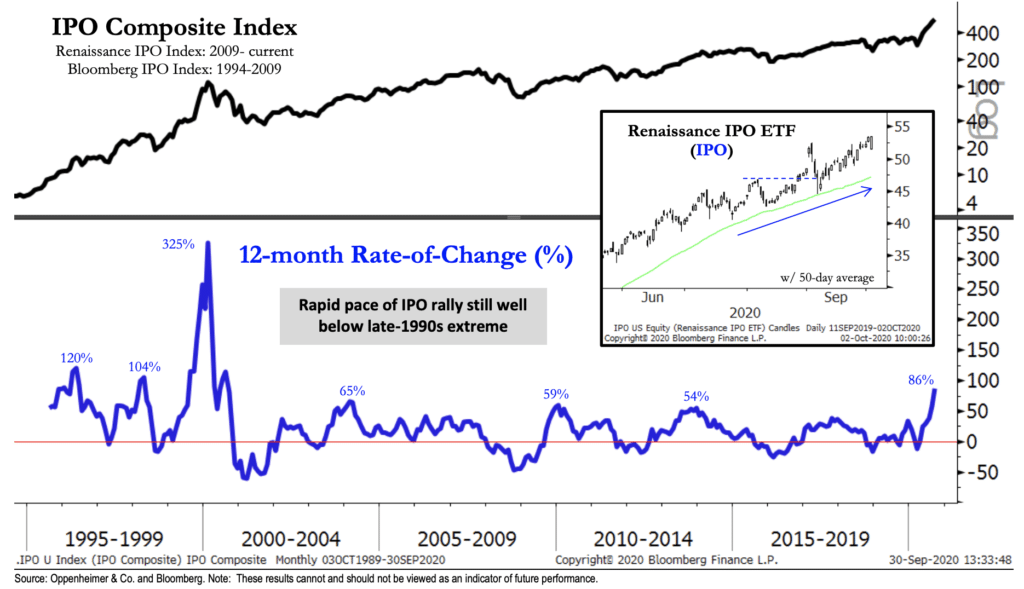 Investor concerns have also shifted to an overheated IPO market. Indeed, the Renaissance IPO ETF (IPO) has rallied since July, and the ETF’s 12-month rate-of-change now stands at 86%, the highest count in 20 years. However, we still think it’s premature to compare this strength to that of the late 1990s, when the IPO market gained 325% in the final year into its March 2000 peak. Overall, early signs of IPO froth are worth monitoring, but we don’t think it outweighs market positives elsewhere.