The Labor Department said the consumer-price index—which measures what consumers pay for goods and services—rose 7% in December from the same month a year ago, up from 6.8% in November. That was the fastest pace since 1982 and marked the third straight month in which inflation exceeded 6%.

The so-called core price index, which excludes the often-volatile categories of food and energy, climbed 5.5% in December from a year earlier. That was a bigger increase than November’s 4.9% rise, and the highest rate since 1991.

On a monthly basis, the CPI increased a seasonally adjusted 0.5% in December from the preceding month, decelerating from October and November.

Read that last sentence (bolded by me) one more time. You’ve seen the peak acceleration. The rate at which prices are rising is leveling off, even if prices themselves are not coming down. The know-it-alls call this “second derivative rate of change.” Whatever you want to call it, seasonal demand is about to fall off a cliff, as it always does this time of year. Imports always explode in October and consumer activity peaks in December. Then January it reverses. This regular cycle has been exacerbated by pandemic-related scarcity and shortage as well as a consumer on fire owing to low rates and multiple rounds of fiscal stimulus. This is all fading away. The used car market will be a nice gauge to watch this fall-off in action.

Here’s Ethan Harris who covers the economy for Bank of America on the seasonal story that’s not being told enough:

The clogging up of supply chains—particularly in the US—reflects both supply and demand factors. On the supply-side COVID has caused shutdowns and disruptions to the supply of labor. On the demand side, massive monetary and fiscal stimulus, combined with constraints on service spending has created a dramatic surge in goods demand. For example, even with supply constraints, US retail sales are 22% higher than two years ago. Economists are fond of seasonally adjusting the data as it makes it much easier to gauge short-term trends. However, sometimes it pays to focus on the unadjusted data. This is one of those times. The holiday shopping season has dramatically worsened the supply-demand imbalance.

Exhibit 1a shows the seasonal pattern for consumer goods imports: they peak in October and then ease back, although this year delivery lags stretched the surge into November. 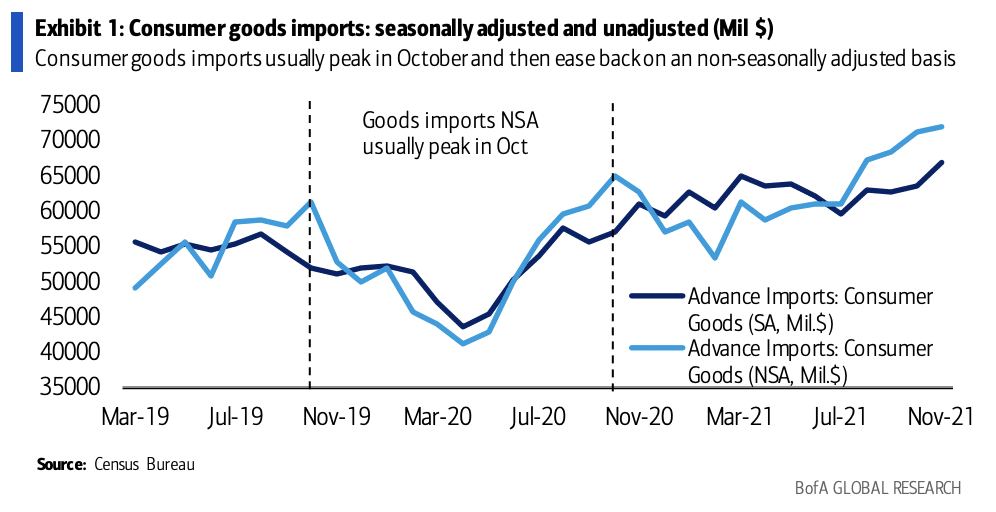 Exhibit 2 shows the same comparison for retail sales: there is a surge and collapse around the December holidays and we expect the same this year when the data are released on Friday. Supply chains are designed to handle a normal seasonal surge, but not when it is layered on top of a dramatic upward trend in sales…The good news is all of this reverses after the holiday season. Indeed, the low point for both seasonal imports and seasonal retail sales is February. This suggests that once we get past the “quarantine effect” from Omicron, supply chains should unclog.

Josh here – inflation isn’t going away, but it’s going to ease. Especially the inflation that is an obvious result of two years worth of excess demand and very little supply to meet it. That stuff works itself out because people want to make money and capitalize on situations like this. You wait and see – a year from now they’ll be complaining that inventories are ballooning.

And right about now is when we should also be seeing Omicron cases peak in the New York area. Yup, we’re a week or two behind London and a month behind South Africa. Cases are going to crash as quickly as they exploded. Cases don’t even matter anymore anyway, people are testing out of a box at home, not reporting it. Nobody has time for a quarantine. In late December I was in Florida restaurants with people openly talking about being on their fourth or fifth day of Covid, asymptomatic. Those within earshot were non-plussed. And we’re talking about Jewish Florida not Trump Florida – Boca Raton, the most neurotic place on earth. Everyone was over it. This is where we are now mentally. The show must go on. I’m not downplaying the risks, I’m telling you what the reality on the ground is. I still walk into public indoor spaces masked. A lot of people I am with don’t. What am I going to do, citizen’s arrest?

Anywhere, here’s the five boroughs. Tell me what you think this looks like a week from now… 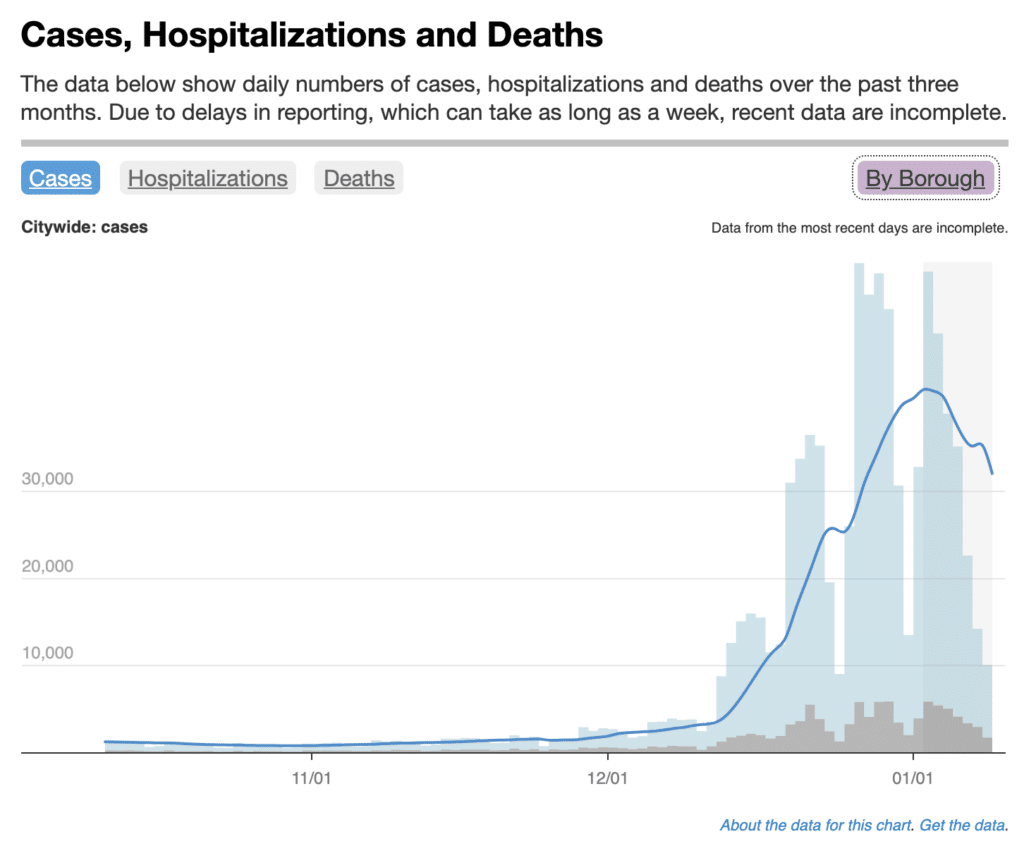 Supply chain issues are about to ease…substantially
Bank of America – January 11th, 2021