People say “less is more” and everyone nods when they hear it. It sounds right. Like it should make sense. It just sounds wise. How many people just do the nodding part but don’t actually adhere to the principle itself? Half? Most?

I don’t think young people are ready to hear and embrace this idea, even though they’d like to. I think you need enough life experience to get to the point where you’re ready for Less is More. You need to have seen some follies. You need to have stumbled yourself, a lot. Some deaths in the family. Some friends departed. Some business ventures blown to pieces. Some moments of utter despair or absolute tragedy. A few missed opportunities. It’s only in the aftermath of that stuff where you start realizing how little and meaningless so many of the details are. How much more meaningful it is to get the broad strokes right – dedicate your time to the right company or career, marry the right spouse, settle in the right neighborhood, establish the right habits.

Get that stuff right. Worry less about “the rest.”

And then you can start scraping the rest away. Cleaning the surface before you – desktop, tabletop, iPhone screen, inbox, whatever. The compulsion to do the extra things starts to fade. Why am I still doing this? I don’t even care anymore.

What do you actually care about? Do more of that. Simple but not easy. But now you’re ready for the Less is More mentality. Now you can live it, not just nod along to the phrase when you hear it spoken or see it printed. You can embody it. It takes everyone a different length of time to arrive here, and a different pathway, different challenges and obstacles along the way. Not everyone reaches Less is More. Some get there too late.

I have this thing I’ve been repeating to myself over and over again lately, it’s almost like a mantra. “No more side quests.” What is a side quest? Here’s one definition:

A side quest is a player objective that is separate from the main plotline of a video game. Side quests are implemented to help connect the player to the world, introduce them to characters, and help them discover locations. … There are many types of quests with different objectives. 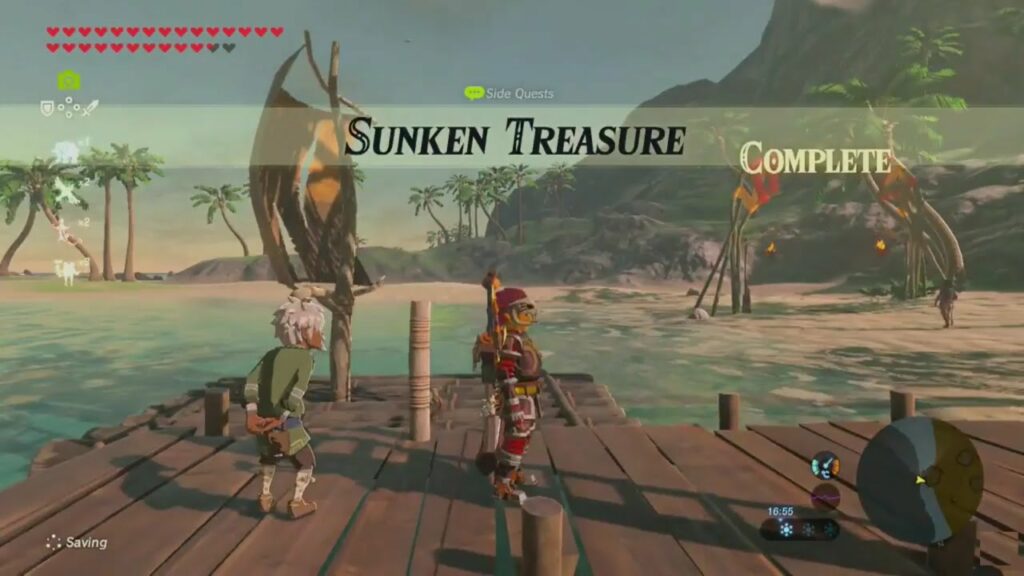 Did you play Legend of Zelda or any of its sequels? How much extra stuff did Link do on each level, in each region of the map? Dozens and dozens of side quests. He kind of had to. The side quests were where he learned certain skills, obtained crucial weapons and tools or made new allies. So did you. So did I. We all had to do that stuff in our twenties and thirties because most of us didn’t even know what the main quest was! You figure out what you want from all the chance encounters and networking and life experiences – a chance cup of coffee with an entrepreneur, a plus one invite to a random conference, a friend of a friend’s dinner party – all side quests. Some a waste of time and some critical, but only in hindsight. Gotta say yes to experiences. You never know! There’s a degree of serendipity in the success story of everyone.

But then you reach a point where you have the main quest figured out. And you have to do less of the side quests in order to focus on it. You might be missing out on stuff but there isn’t enough time in the day for all that exploration anymore. You’ll have another chance at this phase on the other side, when you’re older and you’ve made it so big that money is no longer an issue. But this middle part – the main quest – pursue this maniacally when you’ve figured out what it is. Chase it like a hound. Do less of everything else. This results in more of what matters. You can wander about in curiosity and wonder when the main quest has been achieved.

So I don’t take side quests anymore. As much as I might want to. The main quest is big enough: Getting the kids into good colleges, building the most respected wealth management firm in America. That’s it,. That’s the whole thing. My main quest. You won’t see me doing things that don’t advance either aspect of this main quest. If it’s not about raising my children or building RWM, it’s not part of my day. And if it’s counterproductive to the main quest, well, you can forget about it. No matter how tempting, you’re not going to see me involved in anything else. The less I do of the “anything else” the more I can do for the real mission.

You can tell when someone knows their main quest because of the way they carry themselves. The way they use their time. The arguments they stay out of. The long stretches during which you have no idea where they are or what they’re up to.

The converse is also true; the more you see someone looking for trouble or seeking negative attention on social media, the less likely it is that they have decided what they want to do in this life. It’s understandable for a little while and then as you get older it becomes embarrassing. I know fifty and sixty year old internet trolls. How did this happen to you? Nobody stood up in their sixth grade classroom and announced their intention to become a troublemaker when they grew up. Trollish behavior is an excellent tell that someone hasn’t figured out the main quest yet, or, worse, they know what it is but have already given up.

The main quest, if chosen correctly, will encompass enough interesting and stimulating activities within it that the absence of side quests will scarcely be felt. Engaging completely in the path before us should minimize the distractions of the periphery, pushing them further from view. Some of these distractions will inevitably break through. How do you handle them? How long does it take you to recognize a superfluous side quest activity for what it is and get back on track?

Every single day I get emails, messages, texts, DMs, phone calls asking for me to do this, that or the other thing. I’m always flattered. I never take my opportunities for granted or act like I’m entitled to them. But these opportunities – are they pointing in the right direction? “No more side quests,” I say to myself, just before either accepting or declining, usually the latter. “It’s not you, it’s me. I don’t have the energy or the time for what you’re asking me to do. I would never accept an ask and then give it a twenty five percent effort. You deserve better than what I am able to give you right now.” People respect this answer.

Especially if they themselves have already figured out the main quest of their own.