There are a lot of philosophies being created in the hearts of minds of people who either cannot remember a market environment before the present one or who have never experienced any other environment because they have only recently gotten started as investors. Recency Bias is the term used to explain this sort of thing. Whatever just happened starts to feel like it is the thing most likely to happen next.

Availability Bias is similar – that which is most easily recalled becomes more highly weighted in our thoughts and calculations. And what is more available to us than the recent past?

When you find yourself in a very specific market environment, and that environment persists for a long time, it can begin to feel like the characteristics of the current moment are simply the ordinary, obvious status quo. That what we’ve been living, working, trading and operating amid is just how it is and how it always will be. These feelings begin to harden into something more than just a notion…they become a philosophy. Especially among newer market participants who haven’t had their hearts broken by a theory before. Who haven’t had their guts ripped out by staying too long past the end of a trend. Younger investors are the most susceptible to thinking that whatever good fortune they’ve had in the recent past is due to their being right, or smart or deserving. I know this from firsthand experience: I was a young, know-it-all investor once upon a time too. It took more than one humbling for me to learn that what’s working today will not be what’s working in the next phase and that there won’t be a clarion notification before the next shift change.

I think that the younger and less experienced you are, the harder it is for you to picture conditions changing and trends reversing. If you’ve made money buying the same group of crypto coins for ten straight months, how can I ever convince you that on the eleventh month you could lose it all? If you’ve been buying out of the money calls on Tesla for a year and collecting profits every time, how can I convince that you don’t have a system, you have a lucky streak. “What’s the difference, I still made the money, right?” That part is true.

Social media has a tendency to amplify these burgeoning investment philosophies among young people, whipping them up into a frenzy of half-informed zealotry, ryding or dying for this particular trading method or that digital coin, creating new heroes and meme-ready influencer/philosophers who then take advantage of the situation by becoming caricatures of themselves in order to give the crowd even more of what they seem to want. How can you blame them? You ever have a million people cheering for you and posting your name? You’d give them more of what they want too – especially if you’re in middle age. The adulation of young people is like oxygen to the aging billionaire businessman for whom the prospect of making “more money” no longer serves as the intoxicant it once did.

Most of this misplaced enthusiasm is probably too harmless to get worked up about anyway. I saw an Instagram post explaining why Tupac would have been all-in on Ethereum and another ascribing the success of Warren Buffett to his ability to “grind harder” LOL. The initial instinct is to roll my eyes or screenshot the post for group text mockery, but then I catch myself. That’s Oldhead Mentality and I’m not really with that.

I think everyone should have the freedom to express their excitement about the things they are learning and attempting without risking the sneering ridicule of those who have come before. People have made money (a lot of money, in some cases) doing the sort of things that their teachers and parents and other experts would have expressly forbidden or talked them out of. It’s no wonder they want to vociferously share these experiences and take their victory laps. Imagine sticking the middle finger up at the nearest authority figure and being handed a bag of $20,000 for having done so. You wouldn’t be dying to post that shit? I also think it’s cool that musicians and athletes are indoctrinating young fans into these important ideas – investment, ownership, equity – we should be encouraging that, not disparaging it. Yes, even when this happens, an unfortunate byproduct of the current zeitgeist that in no way invalidates its overarching positivity: 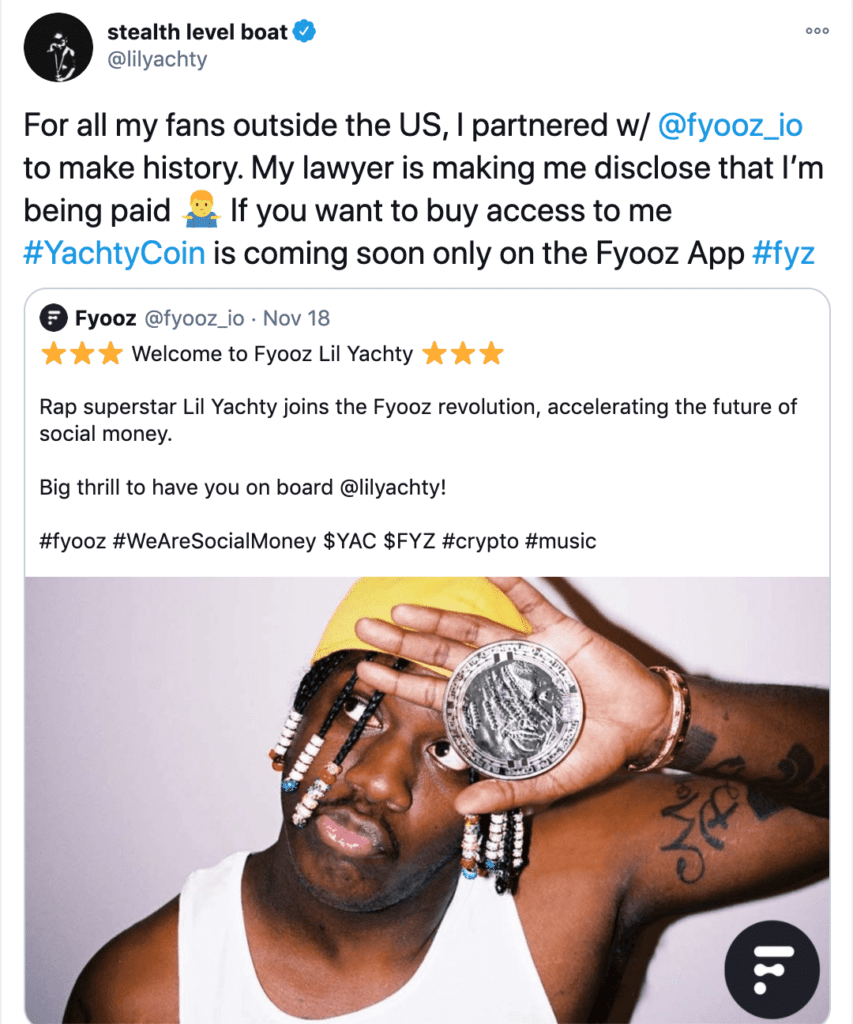 (Full disclosure: I’m currently long 80% of all YachtyCoin in existence. There’s a board meeting this afternoon at which I will demand a hard fork into YachtyCoin Cash)

There’s worse things for young people to be excited about. Like vaping and sports betting and Billie Eilish.

I also think that there are many aspects about investing in this new world we’re building that the elders will simply never understand or appreciate. Change comes to us as a breeze sometimes, where we barely even notice its presence. But sometimes it comes to us as a gale force wind. This time is one of those times. “The wind does not break the tree that bends” says the Tanzanian proverb. When we’re creating new technologies out of thin air every day and reordering the way an entire economy works overnight, a little blind faith and reckless enthusiasm are necessary.

And besides, you can think whatever you want about the current environment but the more blind faith and enthusiasm you’ve invested with recently, the better your results have probably been. There’s that word again…recently. Let’s try to remember a time before “these days”, and accept that “these days” can last a great many days to come. 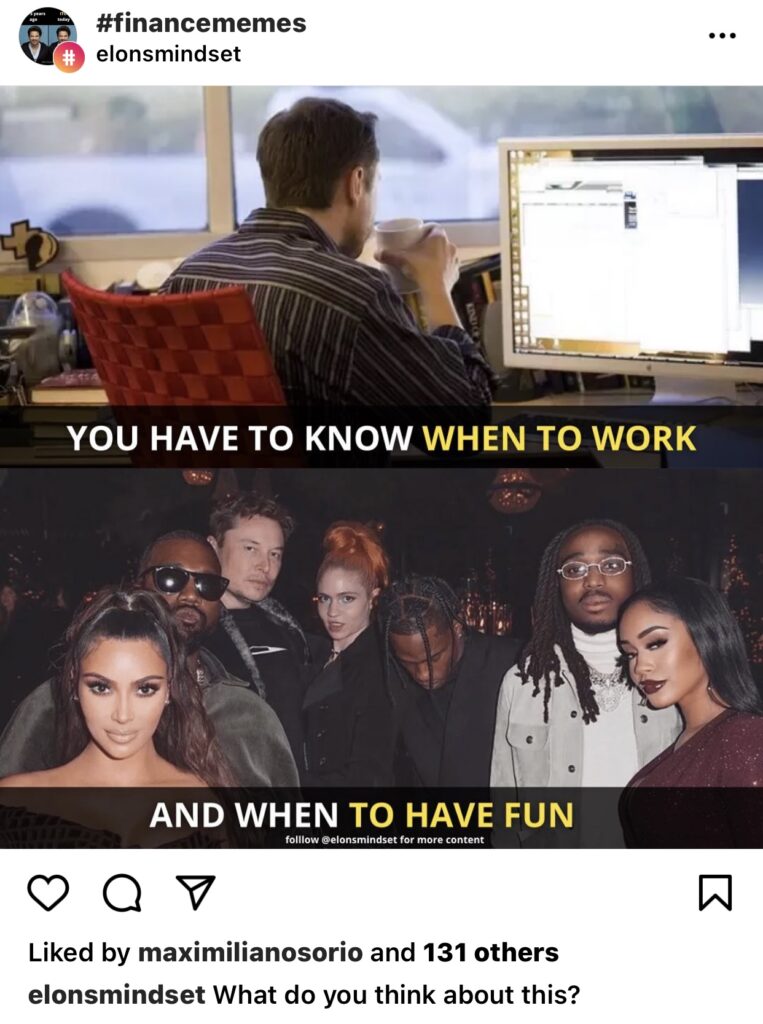