Tesla has changed the world. Elon Musk has become one of the most important innovators of the last century. And Tesla has a pretty substantial lead in the EV market.

But his massive success has awoken the competition. They’re thinking bigger and dreaming more radically than they have in decades. They’ve been either inspired by or terrified by Elon’s rapid ascent and now they’re playing offense again. The next ten years will see a complete and total revolution for the auto industry and the biggest brands in the western world are absolutely intent on being a part of it.

And they’re going to be spending big money in order to play. Shareholders are clearly demonstrating their consent: 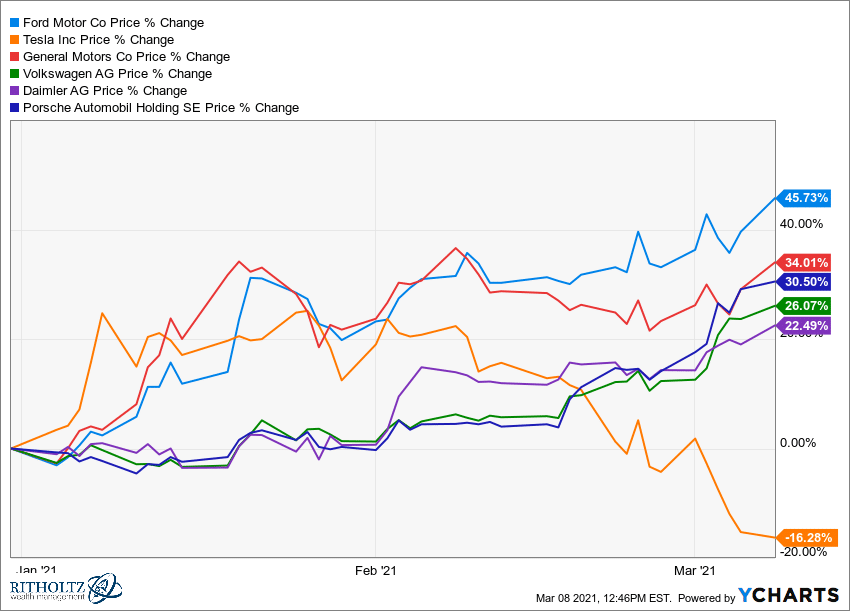 The above chart should serve as a good reminder that having a lead doesn’t mean keeping it forever. Ford’s Mach-E Mustang is not going to be the only legacy automaker’s model to take market share from Tesla in 2021…

I highly recommend you read about the hockey stock growth era for electric vehicles here at Kraneshares, it’s a great piece with lots of great stats.