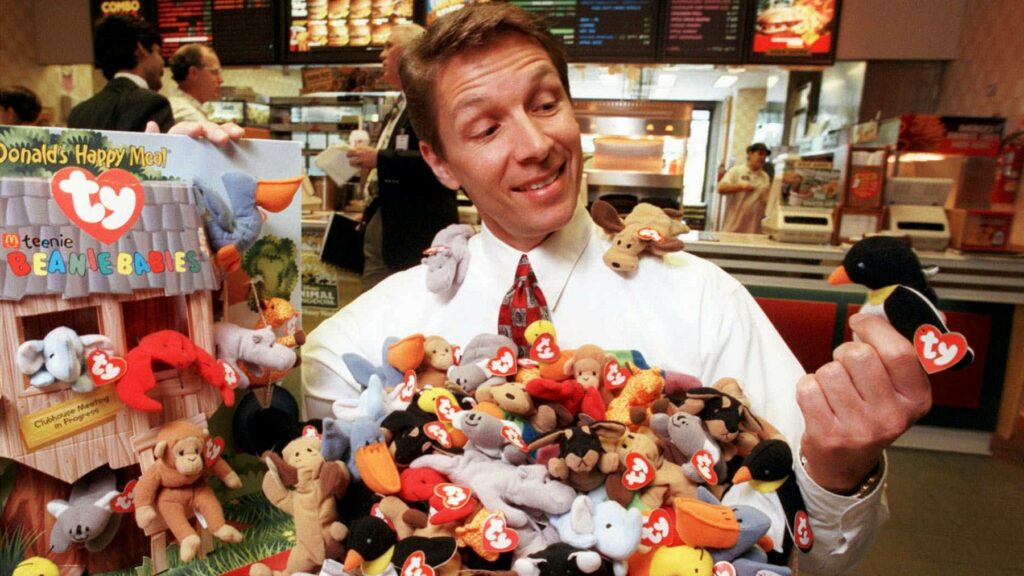 Everything going on in the world right now is just one big trade – an implicit bet that current cashflows will not matter to investors and the risk-free rate has vanished to zero forever. So long as there is no yield on cash or treasury bills and bonds, everyone will be willing to invest on spec – there’s a consensus, almost religious, belief that a new buyer is destined to come along later at an even higher price for just about anything you can purchase.

All of these investments have different categories or names or classifications but they’re all one bet. A greater fool bet. So far, that bet’s been paying off. I’ve benefited too, so no animosity intended.

The SPAC Boom is not its own story. It’s just another side street off the One Big Trade avenue.

Investing in “SURPRISE” pools of capital and waiting to see what prize is in the box of Crackerjacks is just another a side mission of the larger game – be ahead of the greater fool. Investing in coins. Investing in space. Baseball cards. Toys. Stuffed animals. Shards of paintings that will never grace your walls. Chunks of cars that will never sit in your driveway. Paying any price because the income will come later or another schmuck will come along and buy from you – it’s all working. For now. We’re in a consequence-free environment. Nobody has lost money in anything. Even Masa Son is back – Softbank is at record highs and WeWork may be resurrected via SPAC. Before calling the top, at least let one person lose one dollar on something – anything!

It won’t all work if rates keep backing up. Look no further than how Bitcoin fell apart during the third Federal Reserve interest rate hike in December ’17 and then continued to spiral downward during the rate hikes of 2018. The Fed raised rates three times in 2017 and then four times in 2018 and Tesla’s share price churned back and forth, ultimately going nowhere over two full years. When rates were cut to zero last spring, it exploded. That was the starting gun for high growth / no cash flow investing. Free money matters to market psychology and market psychology determines stock prices. Fundamentals do not determine stock prices, they merely nudge the price-setting psychology in this direction or that from day to day. There’s an argument to be made that stock prices actually determine fundamentals these days (my software company’s stock is making all-time highs therefore I can use it to hire and compensate great engineers and attract customers to it as though ’twere a banner on a battlefield), but that’s a different blog post.

I follow nine substack newsletters and eight of them just wrote about non fungible tokens this weekend. NFT is, apparently, so obviously the next big thing that no one even stops for a moment to ask what happens to the demand when the fountain of stimulus cash dries up. When the state-mandated loneliness and listlessness give way to Vaccination Nation. If it’s new, it’s good. The newer, the better. It’s INNOVATION, loser. Don’t ask any questions, just get in. (5 minutes passes) Oops, you missed it. We’re all worth nine zillion dollars now. How’s your day going?

Mark Cuban is doing 75 interviews an hour. Gary Vee is Community-texting us into submission. Chamath is SPACing the Eiffel Tower with Nick Cage. Everyone has a SPAC. Some of us, more than one. Personally, I have a winter SPAC but I’ll be summering in my other SPAC come Memorial Day. If you don’t have a SPAC, you better have a coin. And if you don’t have a coin, well, I hope you have a tequila. No SPAC, no coin, no tequila? Show yourself out, sir. Perhaps the VIP section isn’t for you after all.

And everybody’s getting funded. The dumbest assclowns you hate-follow on Twitter all just got funded. Funded for what? It’s an electric coin. A digital SPAC. An autonomous tequila, it f***ing drinks itself. It’s a tokenized baseball card. You can own ninety-seven one-hundredths of a Ken Griffey Jr rookie. No you can’t hold it, I’ve sent you a sixteen digit key to unlock an image of it. You can look at it. But you’ll need some of these non fungible tokens in order to view the image, because I’ve securitized the rights to that image as well. You want to buy shares in that? Here’s an encrypted term sheet. Also tokenized, permissionless, on-chain, be-clouded. I’ll send you a docusign, you send a wire, slack your lawyer and I’ll Zoom my shaman. I don’t even know what day it is, we just did a nine-figure deal in our pajamas with someone else’s money funded by the future debt borne eventually by our grandkids. Now if you’ll excuse me, I’m on Fiverr hiring someone to take a Peloton class for me…Yes, on-demand Peloton riders is a thing. Let’s scale it up, crowdfund it, roll it into a SPAC, spin out the IP and LBO whatever’s left. Oh shit, too late. We’ve already been acquired. Hi-five emoji.

The text messages from your dumbest friends about their GAINZ aren’t helping. They’re actually adding to the desperation, even when you know they’re full of shit.

It seems like the world is moving a thousand miles a minute and you’re missing out on everything. Everyone seems to be whooshing by! 🎵 It’s like you’re always stuck in second gear…🎵

It just looks that way.

Yes, people have made a lot of money but they won’t keep it all. And if they keep throwing more chips onto the table, it will be their regrets, not yours, that fill the next raft of headlines at The Verge.

No one is going to become a baseball card billionaire. Rising interest rates are going to blow a lot of this stuff up. “But rates aren’t rising!” Yes they are.

And some people – perhaps many people – will have become fabulously wealthy from the events transpiring now, fleeting though this moment may be. Some of them are smarter than you. can you accept that? I know it hurts. Chamath is really smart. Cuban is really smart. Elon is really smart. You might be smarter, but a) probably not and b) that’s not how the universe orders itself.

It’s important to remind yourself of the following:

One: No matter what, there will always be people wealthier than you are.

Two: Massive wealth and happiness are not synonymous.

And three – this is the big one: The more money and success you accumulate, the more anxious you become about someone taking it all away from you. I promise you, this is the true story that no one ever tells you about in all the hustle porn instagram posts because they cannot even bring themselves to admit how much angst they feel. But that’s what happens, to varying degrees. And if your wealth is mostly on paper or on a blockchain, this feeling can be amplified by volatility in the prices of all these greater fool assets. So far, there’ve been enough greater fools to ensure that no one loses. It can’t continue indefinitely and you know it.

So what do you do?

You can let a trade go by. You might regret it, you might not. Let another one go by right afterward. You can say no to a deal. You can turn down a meeting. You can retreat. There’s plenty of room in the middle of the parade. Let someone else be the majorette. Parades end. All of them.

“Whoever is winning at the moment will always seem to be invincible.” – George Orwell