We seem to now be playing a dance with that magic 1% level in the 10 yr that only has relevance because it’s a round number. That said, I expect it to be breached soon. As for inflation expectations, they continue higher as the 10 yr breakeven is up another 1 bp to 1.91%, the highest since May 2019 and getting ever closer to that other magic number, made up by the Fed, of 2%. Tomorrow we get CPI. 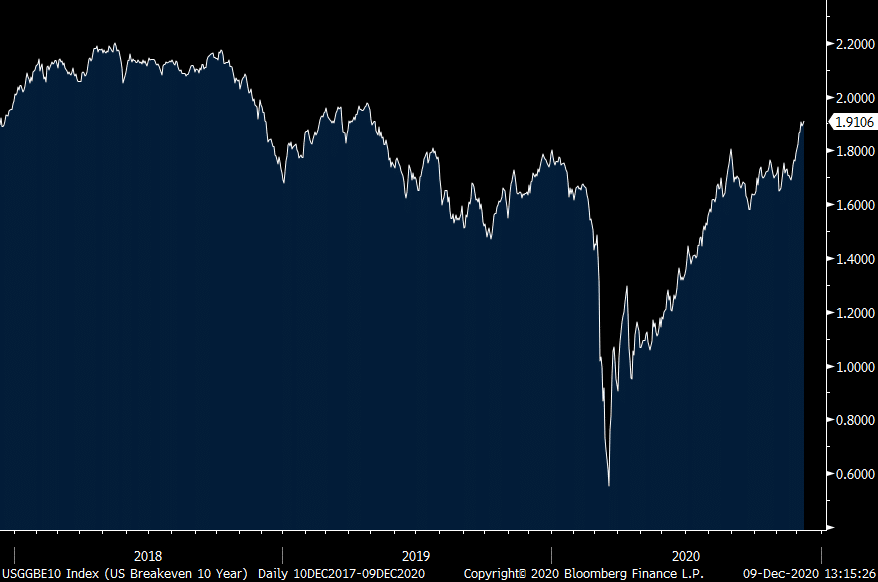 Go read up on the topic if you’re not ready for the inundation.