Three of the top ten most indebted companies in the world are German automakers. Actually makes sense, they can borrow at close to zero, why not finance operations for free?

“With a burden of $192 billion US, the Volkswagen Group is the most heavily indebted enterprise in the world.” According to Kryptoszene, that debt load is comparable to entire countries like Hungary or South Africa! Daimler ($151 billion) and BMW ($114 billion) are not far behind. 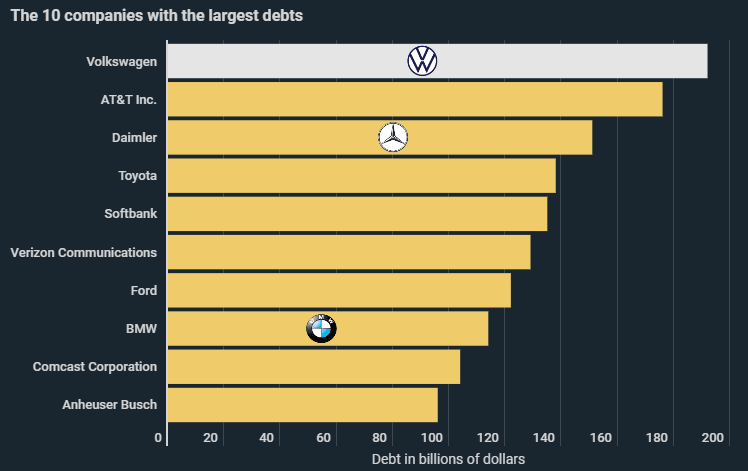 Congratulations to US telecom giants AT&T, Comcast and Verizon for making the list.