We now have data for last week’s initial jobless claims. The number is staggering. 6.6 million filed for unemployment insurance for the first time last week. During the prior week it was 3.28 million. These numbers take your breath away. 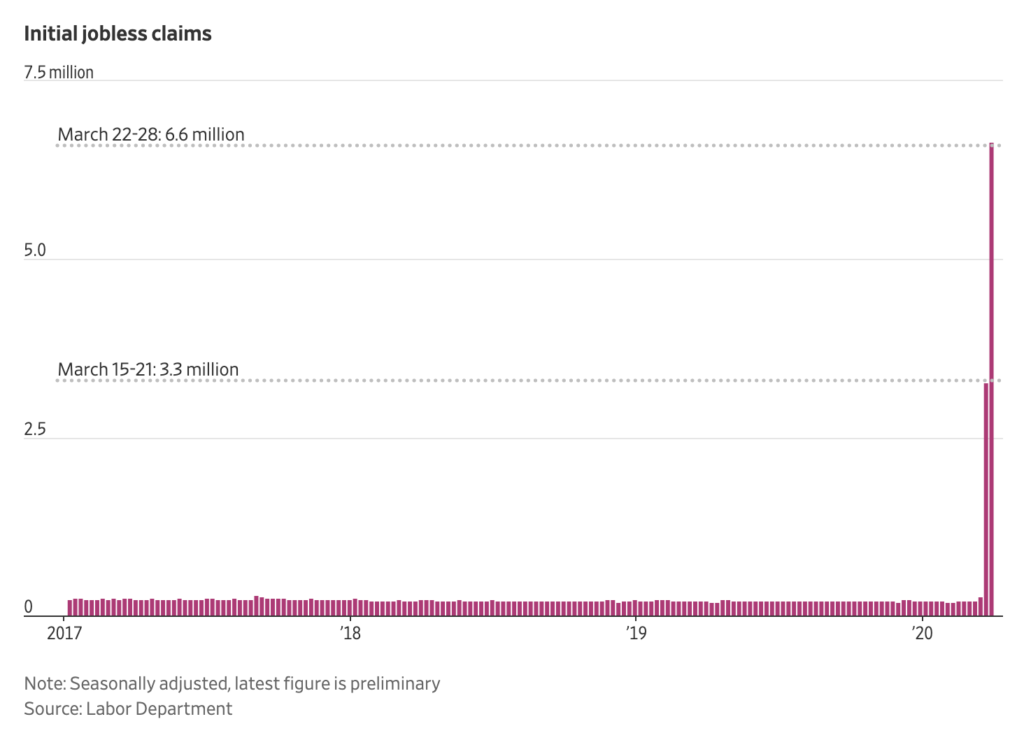 Here’s the even worse news – this only records the people who have successfully filed. Many, many more have been locked out of the system so far due to the overwhelming demand. In many places, you have to get on line to do this, and they shut the doors at the end of the day, leaving people to go home that night only to have to show up again in the morning. In some places, you need to make an appointment, and there aren’t any appointments available. And then there are people who have been laid off who just haven’t gotten around to filing because they can’t leave the house or get through to the phone line. And, finally, there are the millions more who already know they’re being let go but haven’t been officially notified by their employer yet.

It’s a horror show. Almost every one of these filers is responsible for caring for other people or supporting a household. Just thinking about these numbers in the aggregate, and then realizing that each individual digit is a person’s life completely interrupted, through no fault of their own, makes my heart hurt.

I really don’t even think we have processed the full magnitude of this as a society yet.