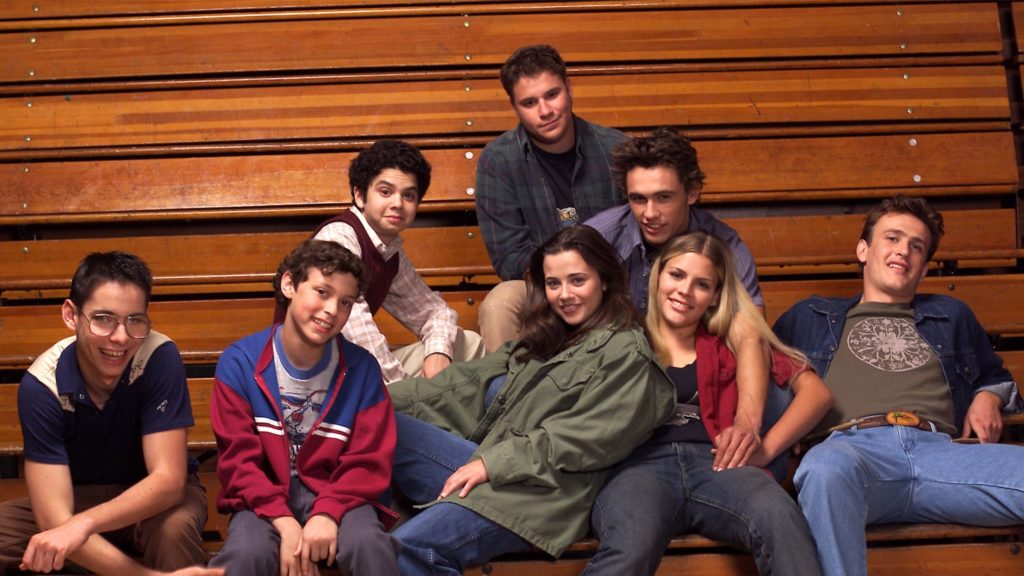 Jason Segal was on the Howard Stern show recently and talked about why Judd Apatow’s critically acclaimed television show ‘Freaks and Geeks’ was canceled, despite its groundbreaking approach to the teen genre and an incredible cast. He said it boiled down to the fact that the protagonists always seemed to be losing. The network executives, many of whom grew up as winners in high school – Prom Kings and Queens, valedictorians, popular kids – would give Apatow notes like “Can’t they just win sometimes?” The titular freaks and geeks needed some victories now and then – making the football team or getting the girl or whatever. Apatow didn’t see it that way, because that probably wasn’t his high school experience. The network felt that they couldn’t build an audience for a show where the losers stay losers, week after week, episode after episode.

And so the show made it just one season and that was it. The network didn’t give it enough time to find a broader fan base because, in part, the people at the network couldn’t imagine anyone wanting to watch it.

We have a similar problem on Wall Street right now. I hear market commentators around the clock debating what it will take for the market to stop selling off. They continue to point to levels we’ve fallen to in the S&P 500 or valuations or drastic new programs being rolled out by the Fed or extraordinary stimulus plans from Secretary Mnuchin and Congress. All of these things are probably going to help in time, but they don’t replace the one thing we all really need right now. Some wins. Against the disease.

I recognize that good news on the infection front could take awhile. And that a vaccine is a long time off. The infection count has to go up, as we all know, because social distancing didn’t get serious until the last few days and the coronavirus infection takes 10 days or so before it even manifests itself in each person. As Dr. Anthony Fauci explains, wherever we think we are, we’re really more than a week behind that. Okay, this is well understood by now.

But if it’s just going to be reports of losses and deaths and failures, it’s going to be hard to keep people committed to staying hunkered down. We’ll reach social distancing exhaustion very soon without any encouragement or signs that it’s working. And forget about the market bottoming. Ain’t going to happen until we rack up some points for the good guys. I’m describing human nature. I don’t know about diseases, I know about people and I know about investor sentiment.

When I said the below last night at the close, my Twitter feed lit up. So did inbound emails into the firm. And my texts and DMs. The response was overwhelming.

.@ReformedBroker says this is what the market wants to see amid the coronavirus outbreak pic.twitter.com/esTO184fk5

Tell us about the recoveries. Give us some wins. You can’t change investor psychology with stimulus programs, even if they’re going to help bridge the economy for the time needed before we can test enough. The testing will set households and communities free, one by one. The testing will let people reopen their businesses and go back to work. The testing will get kids back into school. Not checks being mailed out. Not lower interest rates.

And I understand that more testing means more cases. We all understand. So give us the ugly truth. But also give us the recovery stats. How many people were infected and are now hopefully immune? And back on their feet? How’s Tom Hanks feeling? How’s KD? How’s Idris Elba doing?

In China, they had multiple pregnant women with coronavirus give birth to healthy babies. The moms recovered too. They had a 103 year old woman treated and then released. These are important stories. Every bit as important as the continued warnings about staying home, the dire need for ventilators and protective equipment, etc. Tell us everything. The bad and the good.

The market can bottom when the terror subsides and not a moment before. No fiscal stimulus plan or monetary injection into the system can substitute itself for that.

We need some wins.