I’ve never been long or short Tesla or any options on Tesla, not now and not ever in the past. To borrow a heuristic from Charlie Munger, it’s been in my “too hard” pile for almost a decade now.

The company’s investor cult is as dug in and entrenched as its army of critics and shortsellers. There’s no stock like it in terms of the bipolarity of opinions. Mutual fund kingpin Ron Baron thinks it has the potential to become one of the most valuable companies on earth – worth a trillion bucks by 2030. Jim Chanos and David Einhorn think it’s Enron.

I don’t have such a strong opinion on this one. I can see both sides. A lot of people forget that “fake it til you make it” has actually worked in the past – and so even if your bear case rests on the idea that Elon is faking everything, that in and of itself is not proof that it won’t actually work. Thomas Edison was a brilliant inventor and his most brilliant invention was the fiction that he actually had a business before he really did. The fiction came true, and his bullshit artistry was merely the necessary bridge to get him from point a to point b in the early going. Edison would routinely declare that he had invented something before he had actually invented it – and investors had been burned in some instances – but the bankers kept coming back because, in the end, he’d find a way to deliver the next innovation, and then the next. Edison’s true genius was the cultivation of deep-pocketed financial backers; he would not have fared as well giving quarterly earnings reports to sell-side analysts and currying the favor of swing traders on the stock market.

Bethany McLean, the reporter who broke the Enron fraud story at Fortune, was talking about this concept on a podcast a few months ago. There are cases where it’s only a fraud in hindsight –  if it doesn’t work out in the end. It may be too early to tell so long as the subject hasn’t run out of money yet and has time to fix the problems. In the case of Tesla, the company ended last quarter with over $2 billion in cash and “equivalents.” Bears say an equity raise of at least $700 million sometime this year is pretty much a guarantee. Well, if that’s the case, then wouldn’t The Street already be baking that in to its expectations (and, by extension, the current share price)?

Two other observations I want to make…

The first is that, technically, this is a moment of truth for Tesla shareholders.

The stock has just broken below a level that has served as pretty obvious support. Buyers have come rushing in at this level on two separate and important occasions in the last two years. This time, so far, it appears that the buyers have not come riding to the rescue at the same price. Technicians would say that this could indicate an important sentiment shift among the shareholder base. If you believe that “price has memory” and that investors anchor to prices to that had previously served as turning points for a stock, then Tesla’s failure to bounce from 250 is noteworthy.

If, on the other hand, you believe that investors are rational and only pay attention to high-minded concepts like valuation and fundamentals – not stock prices, then we will not agree on this. My colleague Michael Batnick made the semi-sarcastic comment that if Tesla, upon breaking below support as definitively as it has, cannot go down from here, then technical analysis is broken and no longer works. JC Parets is going to get triggered by this half-kidding statement, and if it rallies from below support, chalk it up to a “false breakdown.” 🙂

Last thing – and this is a gigantic paradox in the market that delights me to no end. I love thinking about these things and debating them. Tesla is a better short at $199 than it was at $299. And should it get to $99, it’ll be even better.

On the surface this makes no sense to people whose views on companies are based purely on earnings, cash flows, revenues and other classical valuation metrics. Until you realize that the main driver of Tesla’s stock price is confidence in Elon Musk’s vision and the willingness of other investors to continue to fund him. The stock price itself is the only indicator of this confidence that you can trust. And so the lower the share price goes, the less likely it is that the company will have the support and confidence required to continue with its plans. Especially if its plans require equity issuance. No one wants to place a secondary share offering in a stock that looks like a falling knife.

Would we ever think of a long idea this way? That it’s a better buy at a higher price than a lower price? If you’re a technician, this is precisely how you’re thinking about stocks most of the time. You want to own the leaders with the best price action because they ought to continue to attract the dollars of new buyers and discouraging the sales of existing holders. Disney stock struggled to break above 118 per share for four years and no one wanted anything to do with it. Then, when it finally did break, everyone wanted to be bullish on it, which produced a sudden gap-up explosion to $137.

Disney was more desirable above $118 than below it. Makes no sense based on fundamentals, but all the sense in the world based on psychology.

Career risk alone explains so much of it – imagine being a TMT analyst with a neutral rating on Disney, “YOU MISSED IT! YOU SUCK!” or “Why aren’t we seeing any uptick in trading volume on Disney today – don’t tell me this chimpanzee analyst we employ is still at a Hold rating…” Imagine being an active manager running a consumer discretionary fund and not being overweight one of the biggest, most obvious winners of the year. “Peter! What exactly would you say….you do here?” 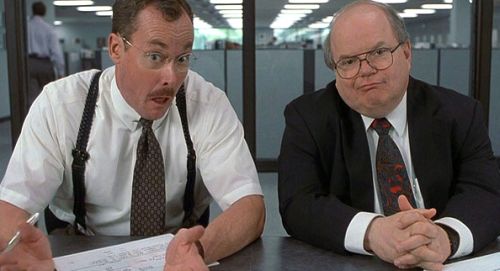 Believe it or not, there is an economic theory that backs this technical idea up. In 1899, the colorful economist (colorful is how we describe people right before we lock them up in the nuthouse) Thorstein Veblen wrote, in his Theory of the Leisure Class, about a certain kind of product that attracts more buyers as it goes up in value. “Veblen goods are types of luxury goods for which the quantity demanded increases as the price increases, an apparent contradiction of the law of demand, resulting in an upward-sloping demand curve. Some goods become more desirable because of their high prices.” He chalks this phenomenon up to the item becoming a status symbol, and so the higher the price, the more people want to own it and flaunt it. I don’t think shares of Tesla are a luxury item or a status symbol just yet, but shares of Berkshire Hathaway probably are. For investors of a certain age, the idea of parting with their Berkshire holdings would be a sort of heresy.

Should Tesla stock continue to fall, investors will not be comforted by the fact that they’re now paying a lower price for the same earnings they were already expecting. Not in the case of Tesla. It will work in reverse – a falling share price will indicate to them that the earnings they once believed might be possible are now fading, going from likely to unlikely. In a traditional equity investment, the less you pay for a dollar of earnings, the higher your expected returns could be as that dollar of earnings ultimately materializes. But when you’re investing based on the confidence of others causing them to pay higher prices for your stock in the future, any sign that that confidence is in jeopardy – and a falling share price is such a sign – causes you to rethink your expectations. It also causes others to sell and move on to new, easier-seeming games, buying different stocks that are currently ascendant.

Tesla’s stock is a game of belief. Increases or decreases in belief tend to feed upon themselves and reinforce the sentiment of whichever side is winning now. The disbelief side is clearly back in control of the story at the moment.