A closely watched section of the Treasury yield curve on Friday turned negative for the first time since the crisis more than a decade ago, underscoring concern about a possible economic slump and the prospect that the Federal Reserve will have to cut interest rates. 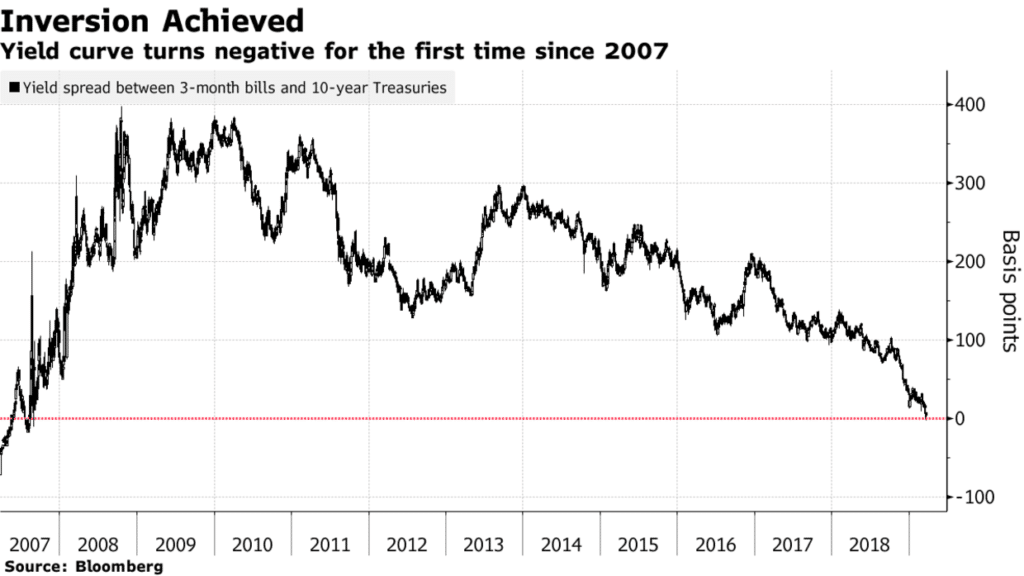 The gap between the 3-month and 10-year yields vanished on Friday as a surge of buying pushed long-end rates sharply lower. Inversion is widely considered a reliable harbinger of recession in the U.S. The 10-year slipped to as low as 2.439 percent.

Michael and I did this video to protect your psyche from all the bullshit you’re about to hear. Share it widely and remember who loves you.

Subscribe to the channel, we’re going to keep killing it for you every week.