One concern is that investor pessimism, as expressed in lower stock prices and rising corporate bond yields, could exert pressure on consumer and business confidence and ultimately reduce spending in the real economy—a linkage that is potentially more potent when asset prices have been rising for almost a decade since the end of the financial crisis.

The economy is not the stock market, but it can be influenced heavily by the stock market. Chairman Powell’s “don’t worry” speech last Friday made it clear the extent to which the Federal Reserve is willing to respect this idea.

With the brief dip into “bear market territory” experienced by the S&P 500 this month, I’ve been thinking about whether or not the next recession would cause a stock market sell-off – or if a collapse in stock prices (along with real estate, art, etc) might be the thing that sets off the next recession. It’s a bit of a chicken and egg question.

The Wall Street Journal’s piece on the topic is worth considering, as the economy has become more “equitized” than ever before. I made that word up just now. It’s my way of describing the inextricable link between stocks and the economy that, perhaps, has never been stronger, thanks to the prevalence of equity-linked exec / employee compensation, the rise of the 401(k), etc. We have a fully equitized economy.

The value of Americans’ financial assets—such as stocks, bonds and savings accounts—is at a record relative to the size of the economy, research from investment bank Natixis shows. That could mean the fate of the U.S. economy has never been more tethered to that of Wall Street, said economist Joseph LaVorgna—adding to the drama of each swing in the stock market and putting more pressure on Fed officials to consider market conditions when setting interest-rate policy. 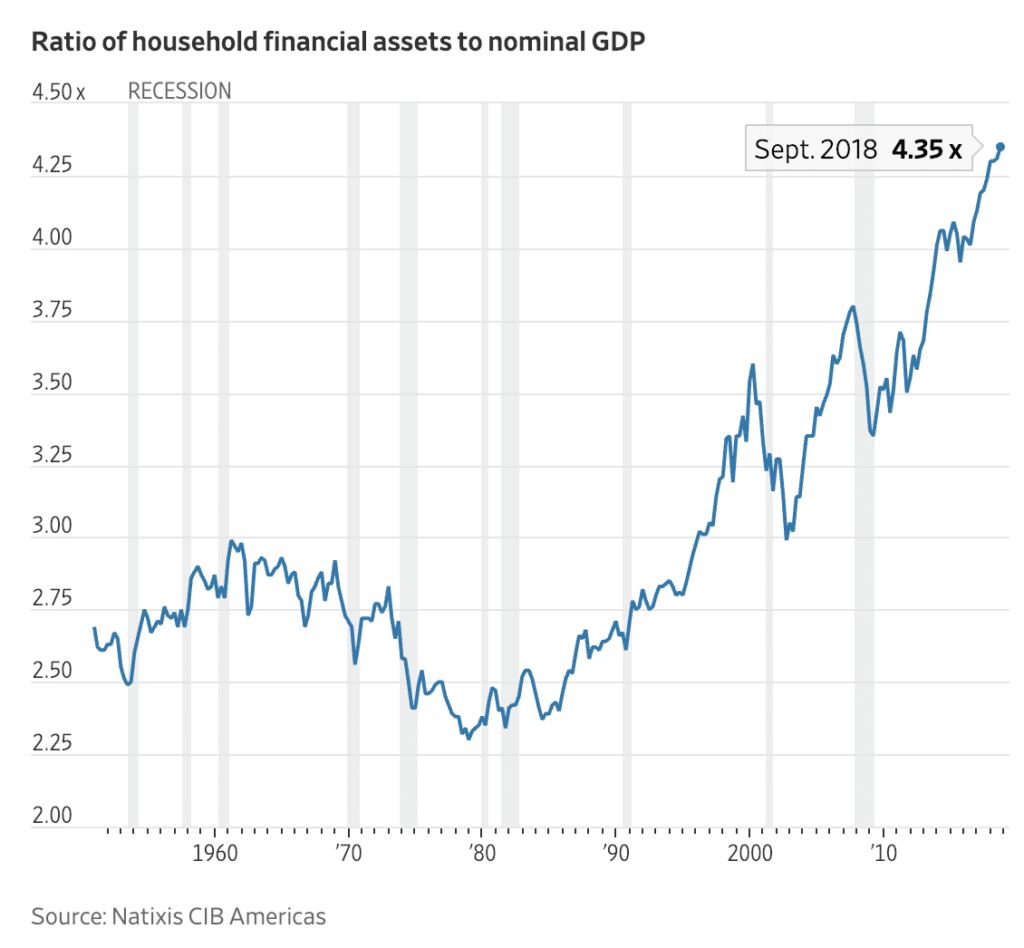 What do you think? Will the next recession be caused by falling asset prices on Wall Street? Tell me here.

Among the Growing Risks Investors Are Assessing: Their Own Fear (WSJ)