Ari Wald is out with his firm’s technical roadmap for 2019. He lists the numbers he believes will be the most important or meaningful for traders to be aware of. I thought this look at the history of cyclical bear markets occurring during secular bull markets was very interesting.

If Ari is correct, then we are currently enduring a cyclical bear market but the secular bull market that began in 2013 with fresh S&P 500 record highs is still intact. Other secular bull markets throughout history had endured their share of these cyclical bear markets without being thrown off course for good. This would be the best-case scenario for investors at this point – that the recent bear is a short-lived episode of which we have already seen much of the worst.

Here’s Ari’s take and some historical context, my Chart o’ the Day… 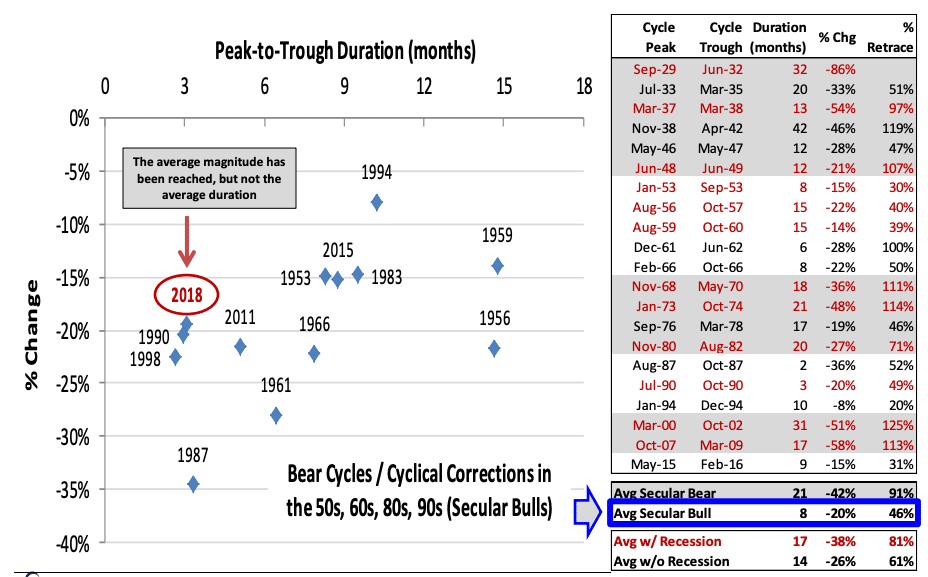 Josh here – we’ve already seen a 50% retracement of the 2016-2018 rally. The average cyclical bear in a secular bull has not required losses much deeper than that in order to make its point.