Can President Trump fire the Chairman of the Federal Reserve?

This is the question that we’ve been forced to ponder this weekend as news that Mr. Trump has been asking his advisors about it has been widely reported. The spin machine went into overdrive, putting Treasury Secretary Mnuchin out on Twitter to deny it and then newly installed White House Chief of Staff Mick Mulvaney was talking down the threat on the Sunday shows this morning.

As always, the more these people deny something, the more you absolutely can take it to the bank that it’s definitely true.

I was thinking about the dollar in the context of a mad President who has no idea (or interest) about the limitations of his power, nor even a cursory understanding of the importance of faith and confidence in our markets.

This past week, the US dollar made a three-month low against the Yen, which as you can see below, has happened during every stock market sell-off throughout 2018 (Jan-Feb, October, December). When investors around the globe get nervous, they reach for the Yen, the world’s preeminent risk-off currency…

Speaking of, if there’s one correlation you’ve been able to set your watch to this year, it’s the dollar vs emerging market stocks. They’re almost perfectly negatively correlated – a strong dollar makes it harder for EM countries that owe interest on US denominated debt to make payments (the oversimplified version is good enough).

Below, I’ve inverted the US dollar index (blue) and then compared it with the MSCI Emerging Markets Free Index (green) on a daily chart, with a 200-period correlation chart in the bottom pane. It’s almost perfect (click to embiggen). 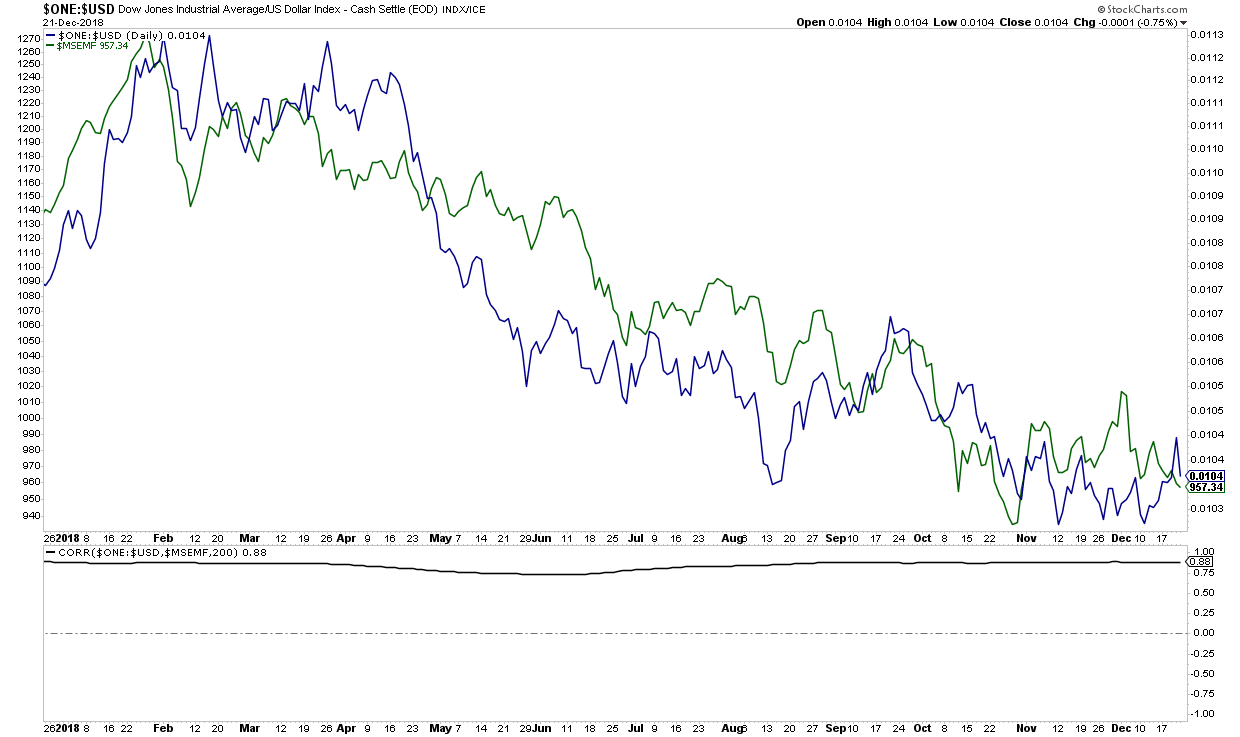 And speaking of emerging markets, they’re now acting a lot better than the US indices. The simplest explanation is to say that international stocks including EM have been getting killed all year, and the recent plunge in the US averages is just a catch-down trade taking place into year-end.

But what if it’s something more than that? Below, two ways of looking at emerging markets, which are flat over the last 50 trading days, versus the S&P 500, Nasdaq 100 and Russell 2000 index ETFs: 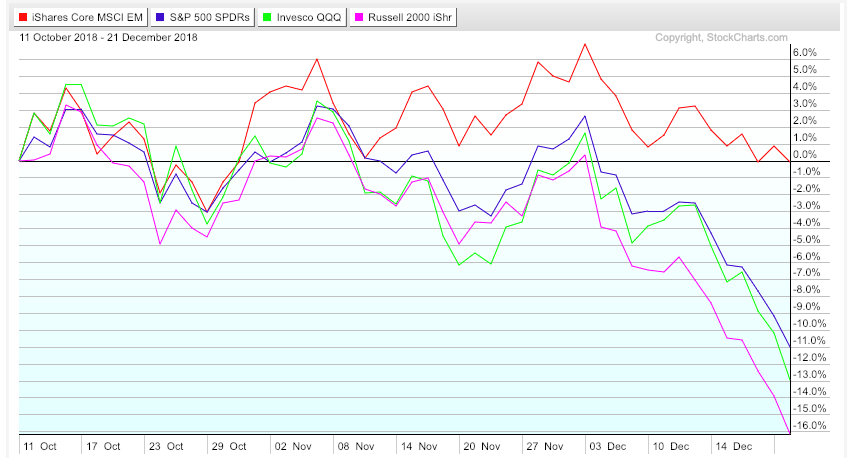 Above you can see a breakeven couple of months for the IEMG emerging markets index vs their American counterparts.

and a different view: 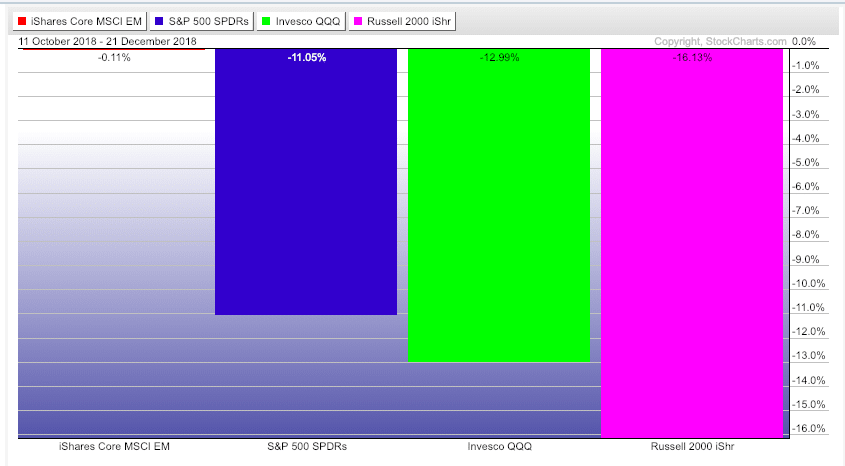 I’m not sure I have any fully formed thoughts about the implications of these things. The EM beating US stocks stuff in particular is too recent for me to think it means anything in particular just yet.

What do you think?