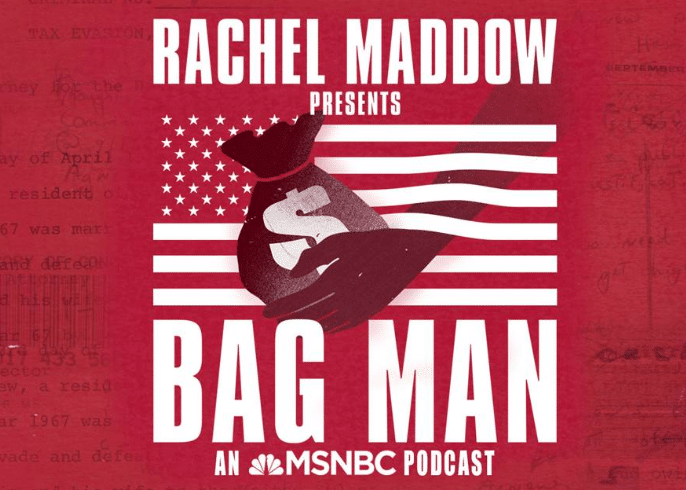 The United States almost faced a constitutional crisis above and beyond anything the country had ever dealt with before. In 1973, as the press and the Justice Department were closing in on President Richard Nixon for his role in the Watergate scandal, a parallel investigation was happening – on an entirely separate track – into the Vice President, Spiro Agnew.

While Nixon was corrupt, Agnew was a straight up gangster. Maryland prosecutors were in pursuit of the VP because of a bribery scandal that began in his home state and then followed him to DC. The Vice President of the United States had been accepting envelopes full of cash from people seeking government contracts – while inside the White House! He had bag men bringing him money and in some cases he was accepting envelopes himself.

The race was on to get rid of Spiro Agnew so that should Nixon be impeached or resign, we didn’t have another crook assume the Presidency right after him. Having a double impeachment would have also been unthinkable given the popularity of Richard Nixon and Spiro Agnew. It could have torn the country apart. These were the stakes of this investigation and everyone involved knew how potentially explosive it could be if they couldn’t secure a guilty plea.

Agnew was the original Donald Trump – he trashed the investigators who were after him for his crimes, spent all of his time in the public eye trying to cast doubt on the Justice Department and the FBI and was surrounded by shady lowlives while enjoying broad, unwavering support from the Republican party. Until he cut a deal and admitted the truth.

Rachel Maddow and her producer put together this historical and suspenseful look at the two year pursuit of Spiro Agnew, featuring archival newscasters and brand new interviews with some of the principals involved in the case. It’s absolutely incredible and well worth your time. You will be blown away by the many eerie parallels between the early 1970’s political climate and today.

Trailer below, then subscribe here for the whole thing (6 episodes total)…