We’re officially at the one year mark from the day everyone in America temporarily went crazy for Bitcoin.

The story goes: Bitcoin prices had doubled from $3,000 to 6,000 in the fall of 2017 and had become a gigantic, raging mania across the Internet and social media globally. The olds had begun to hear bits and pieces about it from the evening news and their local newspapers, but then on Thanksgiving, when their sons and daughters, nephews and nieces brought personal stories of large gains to the table, it was game on. 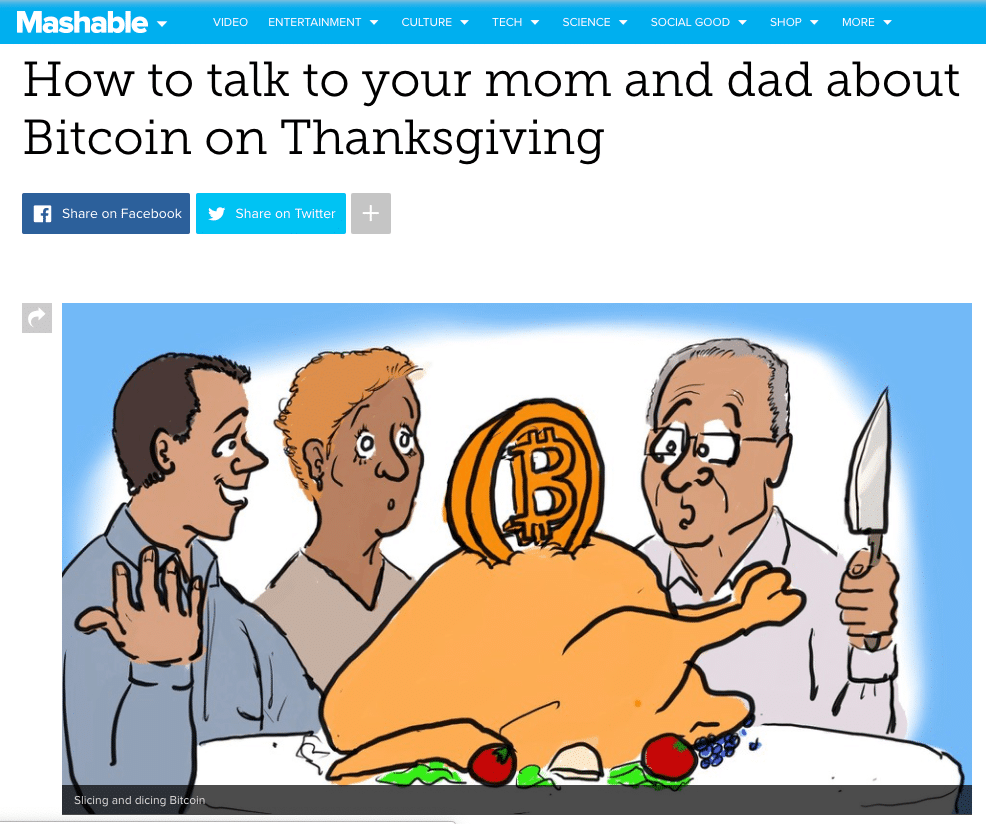 Bitcoin would double and then double again over the next month toward it’s all-time high just below $20,000. And then Chicago listed a futures contract that (finally) allowed professionals to short it. Game over. Fever broken. The ensuing 12-month period has been a veritable clinic in wishful thinking, bitter denial and intellectual ass-covering, from the Valley to The Street.

It was the perfect bubble. They’ll be studying it in finance courses forever. 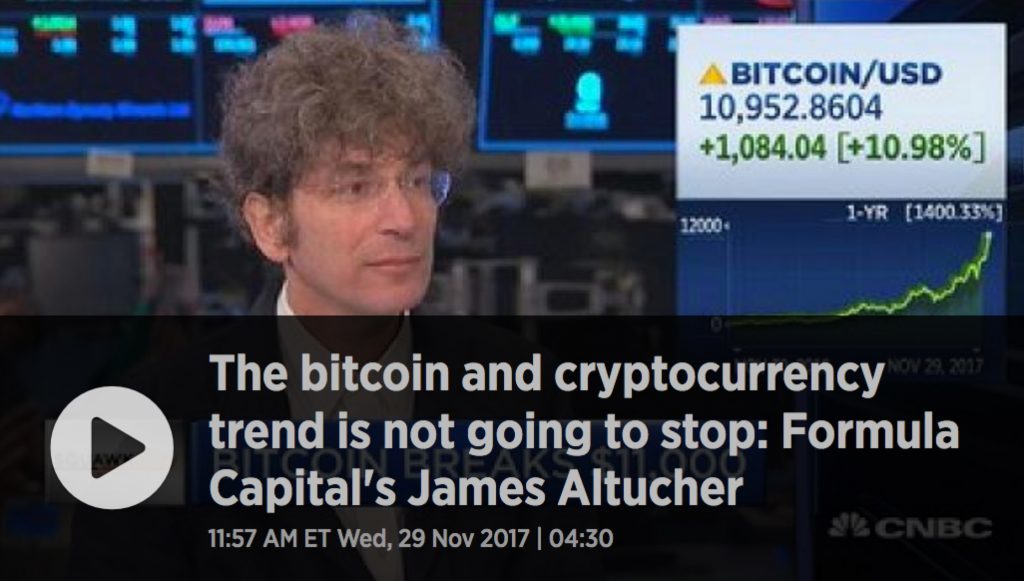 I documented my own experiences with Bitcoin during 2017 here on the site. I had a lot of fun and met some great people during the mania. I was extremely lucky to have gotten a peek behind the curtain in early December – there was no Wizard of Oz after all – and this enabled me to call bullshit on the whole thing. You can see all the comments and links here as my views evolved. This is one of the main reasons I blog, by the way – to keep an accurate record of how my own attitudes change along with market developments.

I ended up getting even more bullish on the technology but bearish / skeptical / ambivalent about the prices of coins. So far, this has been a reasonable viewpoint. I think blockchain’s big impact is going to be on the expense side of corporate and government balance sheets, not on the revenue line. It strikes me as an efficiency thing more than as a growth thing. I may change my mind about that.

But what I’m fairly convinced of is that there is no reason to believe blockchain’s success as a technology in some way guarantees the price of a coin or a token has to go up in value, in tandem with mass adoption. And I actually can’t understand why people still haven’t come around to this way of thinking yet. It’s strange to me that so many seem to be having so much trouble mentally separating the two things.

Just for fun, because it’s a year from the peak of the mania, I thought I’d look back at some of the most outrageous predictions. For a reference point, here’s one year in Bitcoin (prices in blue, performance % in red):

If you aren’t already bullish on #bitcoin, now’s the time. #crypto pic.twitter.com/UhdYJ6zlbi

There are many more at the Bitcoin Price Predictions page.

One of my big takeaways from this episode is that people will still get overly excited about new technologies, despite the recency of major stock market crashes. Younger investors will not have the frame of reference in order to contain their enthusiasm and older investors will force themselves to forget about manias past, overpowered by greed and a desperation to not be left behind – I’m not sure which of these two things exerts the most influence, but both are incredibly potent.