What happens when a country becomes so overrun with fantasy and magical thinking that a large portion of adults can no longer be counted on to make adult decisions, individually or in the aggregate?

We’re living through this scenario now and it’s not a hypothetical question. Americans are and have always been, peculiarly among the other developed nations, prone to delusion and childlike tendencies. It’s probably an ingredient in what’s made us exceptional, in a good way. I once posted John Steinbeck’s description of that exceptionalism, as related by his Chinese manservant character, Lee, in the novel East of Eden, written 50 years ago:

Lee means this as both a warning and a compliment to the boy he’s explaining it to – these tendencies to be imaginative and bold.

But there’s another edge to that sword. We’re exceptional in a different regard…

Kurt Andersen explains, in his incredible book Fantasyland, what’s been happening to this paradigm over the last twenty years. These inherent tendencies of ours have undergone a transmogrification, fed first by the media and then fueled by social media. We’re fucking crazy. Some of us more than others, of course, but all of us on a continuum. And in the post-economic crisis period, this craziness has sped up, amplified by the limitless choice of “news” sources, alternate reality echo chambers and financial desperation that have become the defining backdrop of the new century.

After the financial meltdown, in spite of our government’s actions to contain the damage and prevent a full-fledged depression – and because of those emergency actions – a rabid fraction of us, hysterical true believers as well as the merely pissed off, could no longer be controlled. Some called themselves the Tea Party and even engaged in cosplay, appearing at protests and community meetings in eighteenth-century military drag. Dozens were elected to Congress and became the convulsive tail wagging the Republican dog. They hate or think they hate the status quo, including government itself, so they’ve been delighted to make the federal government stop working when they couldn’t force it to give them total victory – to them, dysfunctional government is an end, not just a means. The reality-based Republican elite who’d kept the fantasy-based communities as their useful idiots had been playing with fire. The idiots finally understood that the people in charge considered them idiots – and grabbed the matches.

This was a long time coming, but then it came on suddenly, like someone flipped a switch. The combination of the real estate and labor market collapsed, followed immediately by the election of a Harvard-educated African American for President, undoubtedly lit the fuse. Millions of Americans suddenly felt that they had woken up in an unrecognizable America, a country that no longer offered a future for them, where seemingly all prosperity was tilted toward the wealthier cities at the coasts. Popular culture, which inevitably caters to the younger and more diverse next generation all the time, was alternately excluding them or mocking them 24 hours a day. They’d lost both the culture and the economic prosperity of their fathers and their fathers’ fathers all at once, and it drove them insane.

It drove them right into the arms of the very types of people who knew just how to exploit that insanity. Just as the Far Left had gone completely off the rails in the 1970’s – yes, the American left was once the bastion for bizarre cults of personality, bombers, terrorists, conspiracy theorists, mass murderers and such – this time it was the Far Right that attracted the majority of the crazy.

During the two decades leading up to the financial and economic crash of 2008, the right and far right built out an unprecedented new multimedia infrastructure. There are now ten times as many talk radio stations as there were in the 1980’s. Of the several shows with the largest audiences, all but one are about politics and government by and for right-wingers, with a combined daily audience of forty-five million. (The other show provides “biblically based” financial advice aimed at evangelicals, and directly behind those is Coast to Coast AM, the nightly conspiracy-and-magic-and-falsehood clearinghouse.)

In a decade, from 1996-2007, we got Fox News, the Drudge Report, Infowars, and Breitbart, with Facebook, YouTube, and Twitter as free global platforms for all of them, their followers and wannabes…During the month before the 2016 election as many people “interacted” with Fox News stories on Facebook as they did with stories from CNN, The New York Times, The Washington Post and The Wall Street Journal combined.

As has been well documented, a huge number of people can no longer tell the difference between news and opinion, fact and fiction, when they read and watch each day. More disturbing is the fact that so few of them seem to mind or even want to know the veracity of what they’re consuming.

They now knowingly elect officials to run the country and represent them who share in this willful denial of reality. And what they love most about it is that it allows them to never have to confront facts that conflict with their beliefs, they can just be fed an “alternative” set of facts instead. What they love the second most is how mad it makes the rest of the people – people, whom, they believe have taken something away from them. We have revenge elections now, an entirely new phenomenon in American politics and one that no one was prepared for. 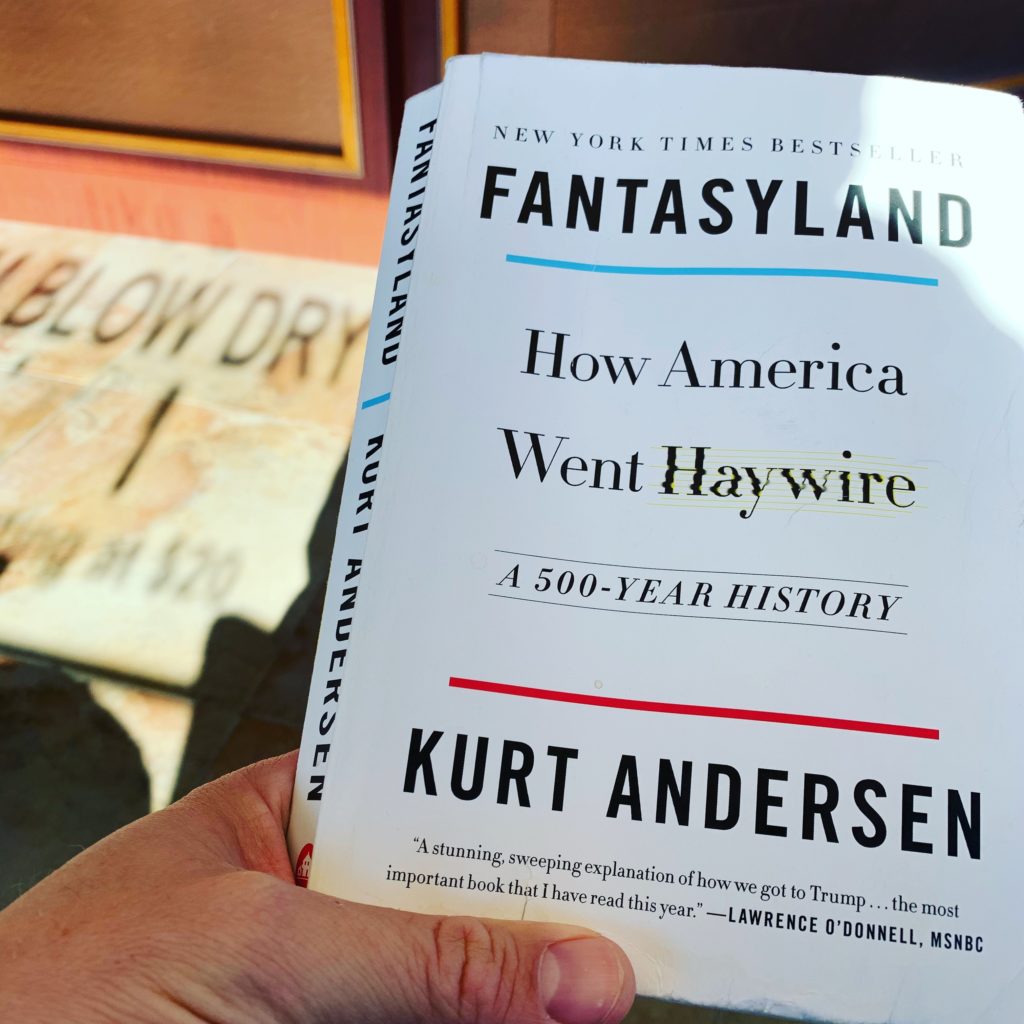 Some of the arsonists have expressed contrition for this thing they’ve unleashed. Facebook, Twitter and Google have hired thousands of new employees in the last couple of years in the hopes that they can “clean up” their platforms before a consumer revolt or a government intervention takes place. Even some of the authors of these alternate realities are beginning to see the damage they’ve done (although not most of them, there’s too much money still to be made)…

Skepticism of the press and of academic experts has been a paramount fetish on the right for years, which effectively trained two generations of Americans to disbelieve facts at odds with their opinions. “For years, as a conservative radio talk show host,” Charlie Sykes wrote in early 2017, “I played a role in that conditioning by hammering the mainstream media for its bias and double standards. But the price turned out to be far higher than I imagined. The cumulative effect of the attacks was to…destroy much of the right’s immunity to false information.” The conservative talk-radio host John Ziegler made a similar confession in 2016: “We’ve effectively brainwashed the core of our audience. And now it’s gone too far. Because the gatekeepers have lost all credibility in the minds of consumers, I don’t see how you reverse it.”

What began as a playful evolution throughout our nation’s history – from medicine shows to PT Barnum, Civil War reenactments to renaissance faires, Disneyland to Las Vegas, reality TV to video games, has now turned into an immunity to false information where it really counts – our ability to govern and to be governed.

I don’t know where it goes from here, but Andersen’s book is the only primer you need to read in order to understand how we got here.

Buy it and read it: