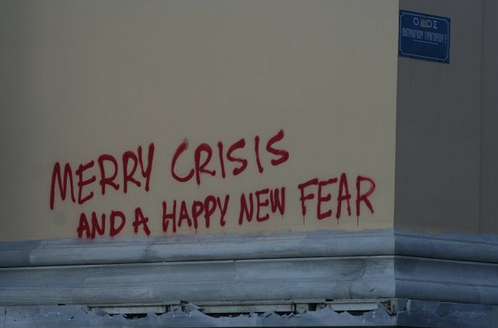 The more time you spend focusing on the market the more it all appears as a carnival house of mirrors.  The long-only crowd went from throwing themselves at the mercy of the high priest of Austrian economics to laughing themselves to death whilst staring at a pile of cocaine and a 100+ handle rally.  As the wails and warnings of the fear mongers fade into the background of pundit chatter, at least they get the reassurance that the game is as they suspected — rigged.

No one even cares if you’re right anymore because the market has made everyone right.  It’s just a shame that so much money had to change hands in the process.  The doom and gloom crowd was right because the world was in bad enough shape to require a coordinated intervention.  The thesis was correct but the bets didn’t pay.  The bull market crowd was right because they stayed the course.  They put the blinders on and their reward is certainly on a risk-adjusted basis.

This week telegraphed many bullish signals if you ignored what was going on over the news wires and payed attention only to the tape.  A big gap up on Monday going into NFP, month-end seasonality, and with Christmas around the corner actually meant something.  No one could have guessed the magnitude.  Certainly us tape-watchers will have our turn to get our teeth kicked in my Mr. Market.

To think that MF Global went bankrupt related to positions in Italian sovereign just as Bernanke and the gang were about to pull a rabbit out of the hat.  The conspiracy theorist in me thinks that maybe, just maybe, someone wanted to ruin him.  Is there any personal vendetta in the world worth that type of collateral damage?  Maybe.

Do not confuse this recent development with resolution.  The world is not fixed, but it’s certainly fixed enough for stocks to go up.  We will revisit this issue in the first quarter of 2012, right after the Mayan calendar runs out.  For now the market is dealing with collective paranoia.  Is this just another market goosing with the rug about to be pulled from under us or is there something more?  The more you hear people doubting this rally the higher it’ll likely go.