Hypothetical scenario – you want to play all offense with your stock portfolio, i.e. own the hottest stocks with the most potential upside, but use the rest of your portfolio to play the strongest defense possible. Another way to phrase this would be a barbell portfolio on steroids.

It would have worked over the last five years. It may not work in every market environment. But just for fun, I asked the boys to run the numbers…

What really stood out to me was the max drawdown number. The ARKK + 5 year Treasury combo actually had a lower drawdown than the SPY, mostly because of all those bonds. But also probably in part because the high tech names in the portfolio fared better than all the Old Economy stocks (airlines, oil, banks) during the initial lockdowns. 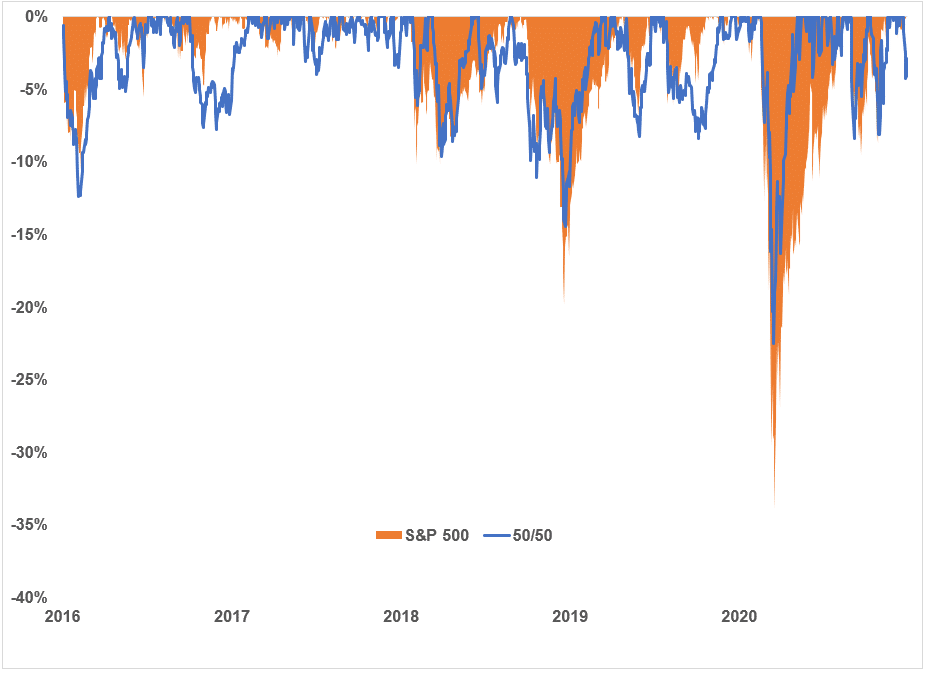 So playing all offense with the stock side would have worked out beautifully in the last half-decade. Owning lower beta, “less risky” names wasn’t a good defense at all in early 2020 when the plague came.

Both portfolios have suffered three separate 10% or greater drawdowns and volatility has been about the same. But look at those eye-popping annualized returns. Equally-weighted ARKK + Treasurys blew the stock market away. Compounding at 25% annually with half your portfolio in the most conservative bonds is probably a once or twice in a lifetime thing. It would be highly unlikely to see a period like this go on for much longer – or happen often.