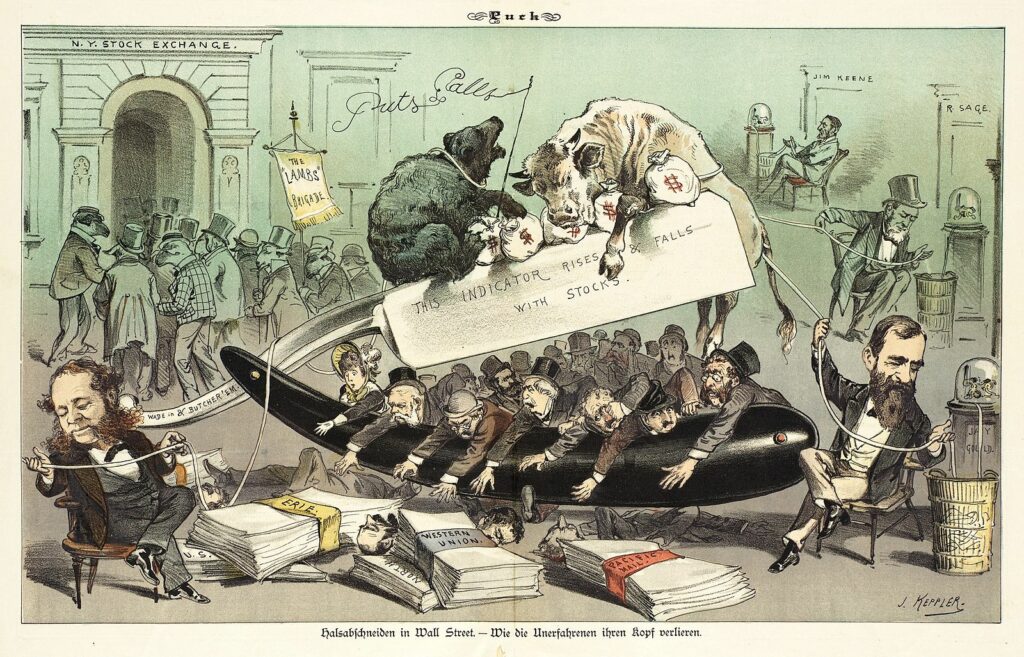 You can listen to the audio version of this post below:

On Wall Street, David doesn’t beat Goliath in real life – especially in a battle of brute force and liquidity.

The hedge fund industry manages $3 trillion. Private equity and real estate and venture money is even bigger than that. Funds are backed by banks and brokerages which are backed by the Federal Reserve. Get a grip on reality. This complex doesn’t lose an arms race. The money is infinite. You can’t squeeze it. It will crush you. The louder and more bellicose you are on the internet, the tighter it will squeeze back, until your head has literally popped off.

GameStop as of this writing has lost over 75% of its value from the high last week. Maybe it’s over and maybe it isn’t. But many of the hedge funds who were the focal point of the short squeeze have already covered. Some of them may have even reloaded and shorted again from higher prices. I promise you they will all be in the Hamptons this summer.

So how does David win? David wins by avoiding Goliath and becoming a stronger, smarter, healthier, happier version of himself or herself. How?

David invests capital, time and energy in the furtherance of his or her career, not on memes and internet chatroom bullshit with other Davids.

David spends time with people who have already succeeded and learns from how they carry themselves and handle their own money.

David reads books and articles and thinks critically, not allowing others to influence him with viral content or advertisements.

David focuses on the main thing under his control – how much he saves versus spends – and then allocates as much as possible to an investment portfolio.

David doesn’t get gaslit by billionaires on Twitter who don’t actually give a f*** about him or his family or who are in the business of posing as folk heroes to collect likes and retweets.

David diversifies broadly, and has the humility to accept the inherent unknowability of the future.

David doesn’t pay excessive fees to Goliath in the course of investing or get roped into schemes based on internet hype, newsletter lies or the predictions of charlatans.

David minds his own business and focuses on his work and enjoying his free time, investing based on his own goals and risk tolerance. He doesn’t throw away his time on provocative, negative information about politics, conspiracies, or class, gender and racial warfare.

Easier said than done. Warren Buffett once talked about the Paradox of Dumb Money. He said that the moment it realizes that it is the dumb money (and acts accordingly), it ceases to be the dumb money. Accepting your limitations isn’t the same as admitting defeat. It’s how you succeed. Because you stop playing the wrong game and start playing the right one.

As a retail investor, you have many advantages over the professionals. Pros are judged on nonsensical bullshit like 30 day returns versus a benchmark, quarterly performance, upside and downside capture, rankings versus their peers, over- and underweights relative to the index and all kinds of other stuff that you don’t have to even think about. Nobody is asking you. Unless you post it, your holdings and performance aren’t under anyone else’s magnifying glass. Thank god for that. It’s an unwinnable game played by consultants, CIOs, marketers and a whole assortment of experts and ass****s. I know these people and outside of work they’re wonderful. In their roles, they are absolute goblins. Stay out of the Misty Mountains.

In contrast, all you have to worry about is your own financial situation, not what someone else thinks about it.

Of all the advantages retail investors can claim, firepower isn’t one of them. I’ve heard about the whole “banding together” thing. It sounds better in an online forum than it works in real life. People bail. They don’t know you or care about you. The incentives aren’t there. It’s Spanish Prisoner stuff straight out of Mamet – who’s going to break in the interrogation first? Who’s going to panic before you do?

Wall Street has been watching punters come and go for over two hundred and thirty years. Some show up with a lot of misplaced confidence and are quickly stripped of it. Others show up convinced they have a system – and The Street takes a particular delight in dismantling the arrogance and the net worth of these folks. When a rich player tells Las Vegas he has a system, they send their plane to come get you. Some traders arrive to make their mark and rip a chunk out of the markets. This is rare. Most don’t. Search your feelings, you know I am telling you the truth.

The good news is that you don’t need to play Goliath’s game, as ill-equipped as you are to play it. Your game is actually a higher probability one. It’s winnable. People are winning it all the time. My life’s work as a financial advisor is to help them realize this and execute on it.