Ryan Detrick (LPL) has some data on inauguration to inauguration returns for each modern President. The outgoing guy’s numbers were pretty good. He should get some credit (tax cuts fueled increased buybacks + dividends), but not as much as the Fed and Treasury’s response to COVID-19.

As shown in the LPL Chart of the Day, the Dow Jones Industrial Average (Dow) gained approximately 56% during Trump’s four years in office, which comes out to an annualized return of an impressive 11.8%. “President Trump’s annualized Dow return of 11.8% was the best for any Republican president since President Calvin Coolidge in the Roaring Twenties,” explained LPL Financial Chief Market Strategist Ryan Detrick. “This was still below the annualized returns of Presidents Bill Clinton and Barack Obama.” 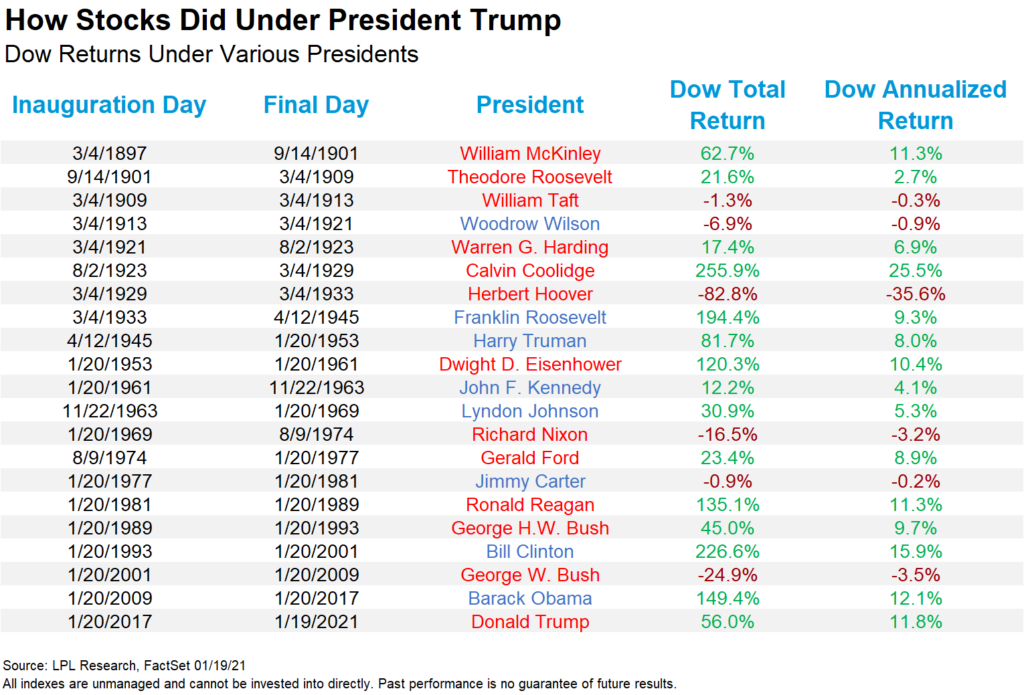 How stocks did under Trump
LPL Research – January 20th, 2021