I was on stage with Cathie Wood last fall for a conference at the Bloomberg headquarters in NYC. The topic? Using social media to build influence for your investment firm.

My perspective was “It’s time for me to start pulling back, I don’t even enjoy it anymore. People are miserable and angry and jealous and mad at themselves and I don’t want to be around it anymore.” Cathie was like (I’m paraphrasing) “F*** that, we’re going full speed ahead on Twitter, we’re using it to be provocative and to meet new sources of information and to differentiate ourselves from passive growth funds.” Those weren’t her exact words but she was ready to roar on Finance Twitter. I was like, get me the hell out of here.

Fast forward a year – I’ve basically deleted my presence there, best decision of my life. Never been happier. She’s ridden the wave of fame that’s come along with her ultra-bullish Tesla position into a full-fledged cult following. Good for her and her ETF firm, ARK Investments. I found her to be serious, courageous and intellectually curious during that hour we spent together on stage. Glad it’s worked out.

But now maybe she’s taking things in a trollingly bizarre direction where they don’t necessarily need to go. Smashing value investors, innovation doubters and other non-believers over the head with shade in the below video, which hit the ARK Twitter feed late last week…

As technologies emerge & transform entire industries, investors in traditional benchmarks may face more risk than ever before. Don’t miss our brand-new white paper highlighting the “Bad Ideas” investors should avoid over the long-term!

So now she’s got to contend with the TSLAQ crowd AND the millions of beleaguered old school value people who have nothing to show for all their self-flagellation over the last decade. Why stomp on a hornet’s nest that’s already fallen out of its tree and been dashed on the ground?

Maybe that’s why I’m so relieved to be out of the barrel. The fact that someone would deliberately go to these lengths to wantonly trigger so many people, so unnecessarily, is exactly what I’m looking to avoid these days. No one likes a sore winner, Cathie. Wishing you luck following up the Tesla trade, and dealing with all the new acquaintances this video will lead to.

Don’t get me wrong, it’s funny. I’m just not sure of why you’d feel the need to do it.

For context, here’s Cathie’s ETF versus the stock market, with a look at the explosion in assets under management below: 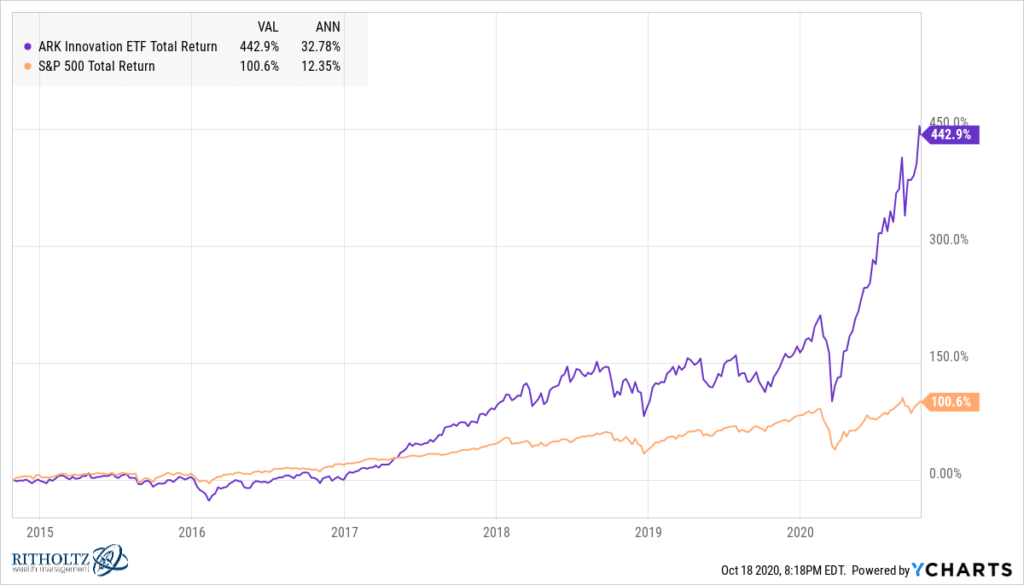 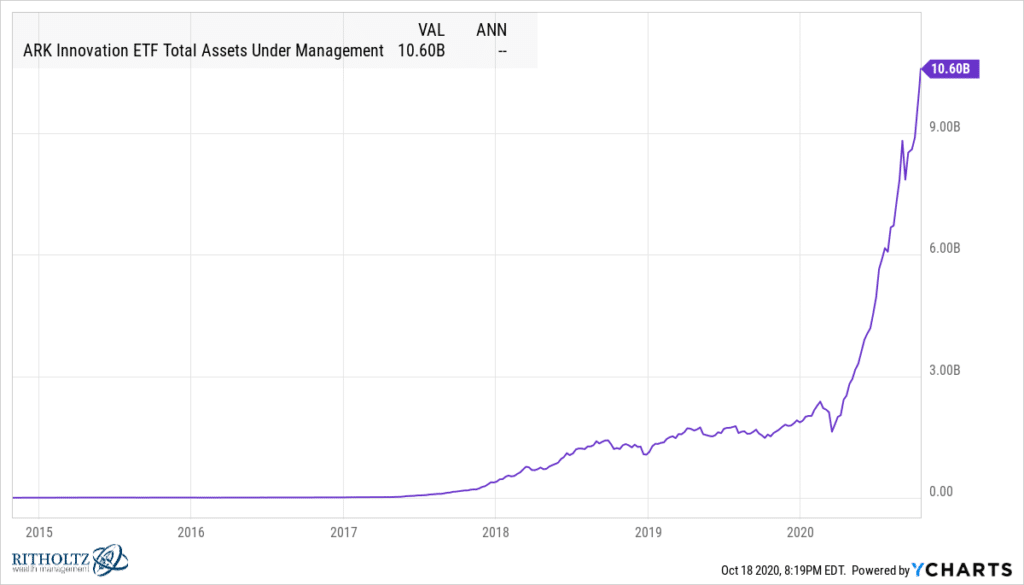