Then Zoom earned more money during the April quarter than they did during the entirety of the prior year. 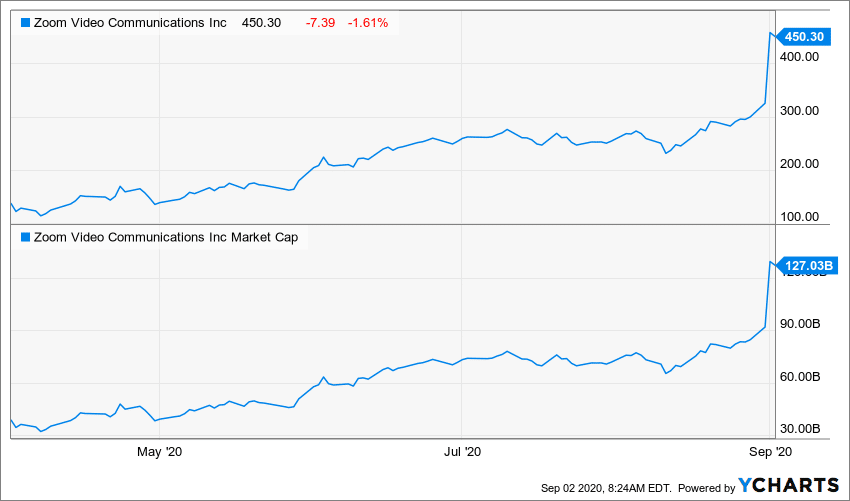 If investing were as easy as looking at market cap to revenue or PE ratio or book value and declaring “It’s cheap” or “It’s overvalued”, then anyone with a calculator would be immensely wealthy.

But it isn’t that easy. Because cheap stocks get that way for a reason – deteriorating fundamentals or existential business model threat. The hard part is deciding whether or not the issues are temporary.

Expensive stocks get that way for a reason too. Some of the largest stocks in America were never “undervalued” in any traditional sense. They had to be purchased while being “overvalued” because investors in the aggregate are smarter than you most of the time. They (correctly) pay up when it looks as though paying up now will pay off down the road.

In real estate, the properties with the best views of the ocean or the newest construction or the best school districts are bid up above the average values of the market around them. You understand this. It makes sense.

In professional sports, the star players who the fans come out to see get paid more than the non-star players. This makes intuitive sense to you as well.

In the stock market, companies with phenomenal growth prospects become more highly valued than investors would hope they’d be. In order to invest in them, you have to pay up. There’s the same level of difficulty that you find buying undervalued companies – the hard part is deciding whether or not the optimistic scenario is being overestimated.

Unlike in real estate or in professional sports, in the stock market people seem to get mad when high-growth companies are selling at premium valuations. They get almost indignant about it. How dare you, sir!

I don’t understand it. You’re not better than someone who is willing to pay 20x revenues for Zoom. Or 100x earnings for Netflix. Or 500x thin air for Roku. Finding bargains is not more respectable than paying up for growth. Both endeavors have their risks and rewards.

Sneering at optimism and turning your nose up at momentum doesn’t make you the superior investor. It doesn’t signify that you’re the more high quality market participant. In fact, over the last ten years it’s made you a laughingstock.