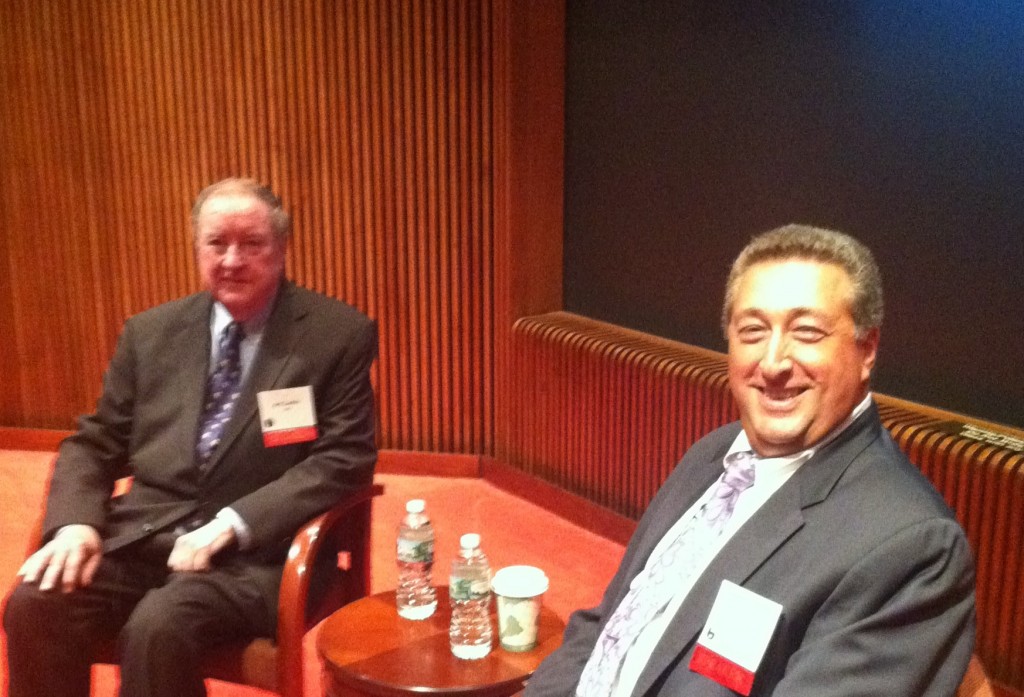 The legendary floor trader Art Cashin weighs in on the Tesla and Apple stock splits, which became effective today, in an emailed note. Excerpting a piece of it below…

Let’s begin with stock splits.  I watched as several self-styled pundits on the financial media were beside themselves trying to explain how stocks were actually gaining ground after split.  There were all the standard logical rationalizations.  You have not increased the company’s worth by the action of splitting up as people buy yet the capitalization goes up, etc., etc.  I give you five singles for a five-dollar bill, yet we haven’t really changed the value in any form.

The real point I can’t believe all of them have missed has to do with shorting the stock, particularly stocks like Tesla, Amazon and Apple where there are large short positions due to skeptics.  When someone sells a stock that he doesn’t own (short), he then has to borrow it from someone who owns it so he can make delivery.  He promises then to re-deliver an identical type of stock from whom he borrowed.   When the stock splits, it complicates life for short sellers and often they have to go into various negotiations that are the equivalent of a short squeeze to buy back the stock, rechanging it for stock that will be due after the split is effective.

So, it was perfectly natural to watch Apple split and then have people begin to buy it and Tesla split and people begin to buy it and, while as I say, the self-styled experts amazed me I guess by their apparent lack of experience.  So anyway, I wanted to make the point that stock splits can have a serious upward push on stocks, particularly heavily shorted.  I guess that’s what comes with over 60 years’ experience on the Street.

This is a piece of the story that I myself had not considered. As I type, Tesla, now having split, is up another (another!) ten percent on the day while the just-split Apple tacks on another five percent in market value. I don’t how you can calculate the exact amount of these audacious moves in price are directly related to short-seller buy-ins and other related mechanics, but it’s probably a bigger factor than many (myself included) have considered.

Art is the best. Love that guy.

Photo comes from my own collection – Barry and Art did a fireside chat at a conference we threw back in 2013. Our camera phones weren’t so great back then.