We have 2Q GDP from almost every major country around the world now officially in the books. Bank of America Merrill Lynch says it’s “the worst quarter in modern history” and there’s no reason not to agree with that assessment.

Here’s my Chart o’ the Day:

GDP is down a GDP-weighted average of 8.1% yoy, easily the worst quarter in modern history…The US is right in the middle of the pack—down 9.5% yoy—but this is because the US has offset its ineffective COVID containment strategy with massive fiscal and monetary stimulus. 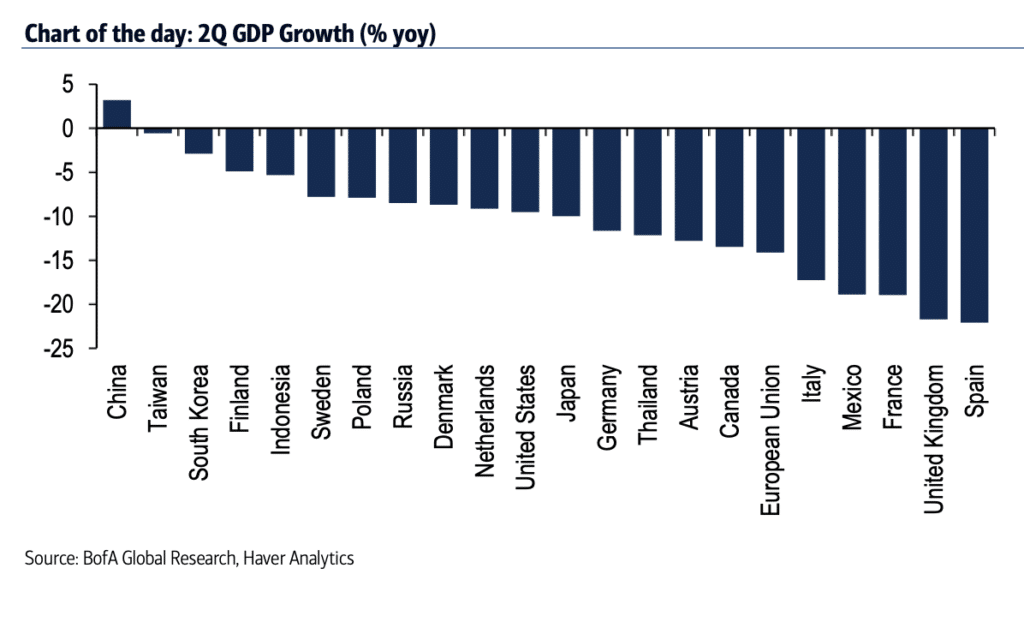 “Its official: the worst quarter ever”
Bank of America Merrill Lynch – August 18th, 2020