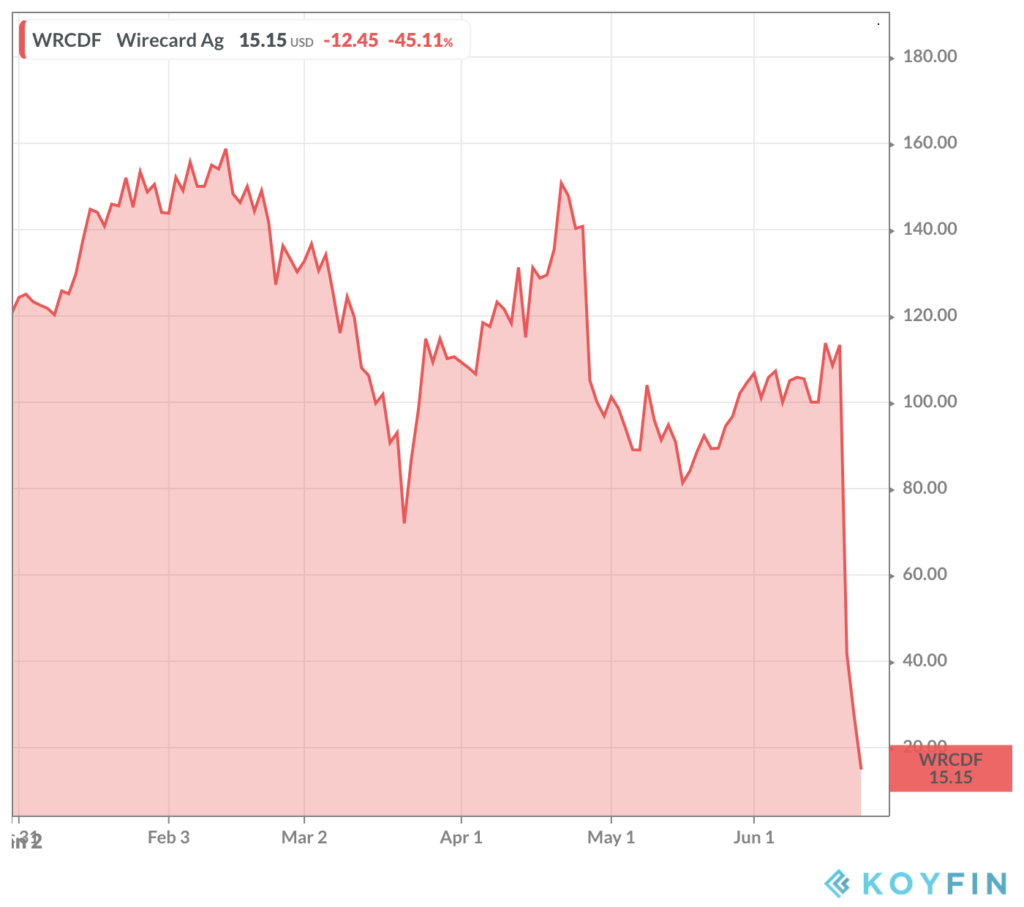 Almost anytime you hear someone say that such and such is like “Madoff” or “Enron” it’s usually hyperbole, but maybe not this time…

They arrested the recently resigned CEO of Wirecard in Germany this morning. Hedge funds have been shorting the stock and pointing out accounting irregularities with the company for years and years while Germany’s regulators let them slide. Wirecard is an online payments company in Europe, similar to PayPal. It grew into a $24 billion giant and was even added to the Dax 30 index, which is like the German Dow Jones. After years of allegations, the whole thing just unraveled…

The problems with Wirecard’s books may stretch back years. The company withdrew its financial results for 2019 and the first quarter of 2020 and warned that those for previous years could also be affected. The likely fictitious $2 billion is equivalent to all the net income Wirecard has reported over more than a decade.

The “missing” $2 billion referenced by the Journal probably never existed in the first place. Braun is being accused of having pumped up his firm’s sales numbers to please investors and keep his highflying stock price going. It’s unlikely he would have been able to do this alone.

There are hedge fund managers who have been short-selling the stock for fifteen years, waiting for everyone else to wake up. It’s an amazing story. Europe hasn’t had a corporate fraud blow-up this large in a long time.

Read about it here:

Short Sellers Made $2.6 Billion Off Wirecard’s Plunge, but Not Without Scars (WSJ)