The May U.S. jobless rate fell to 13.3% and employers added 2.5 million jobs, early signs the labor market is mending after the coronavirus pandemic shut down parts of the economy nearly three months ago.

“These improvements in the labor market reflected a limited resumption of economic activity that had been curtailed in March and April due to the coronavirus (COVID-19) pandemic and efforts to contain it,” the Labor Department said Friday in a release.

Josh here – that 13.3% rate for May is an improvement from April’s 14.7% rate. Of the 22 million jobs lost in March and April combined, we’ve gained back slightly over 10% of them in the last month as states have slowly begun to reopen.

Some details on the bond market’s reaction via Peter Boockvar:

Treasuries are getting smashed with now a 12 bps increase in the 10 yr yield to .95%, now up 40 bps on the week. What does this all mean for the Fed now? Do we really need all of their largess as the economy rebounds on its own? The 10 yr inflation breakeven is up by 5 bps to 1.26%, just below the highest level since early March.

The curve is steepening, which is good for lending and market psychology and, presumably, bank stocks. 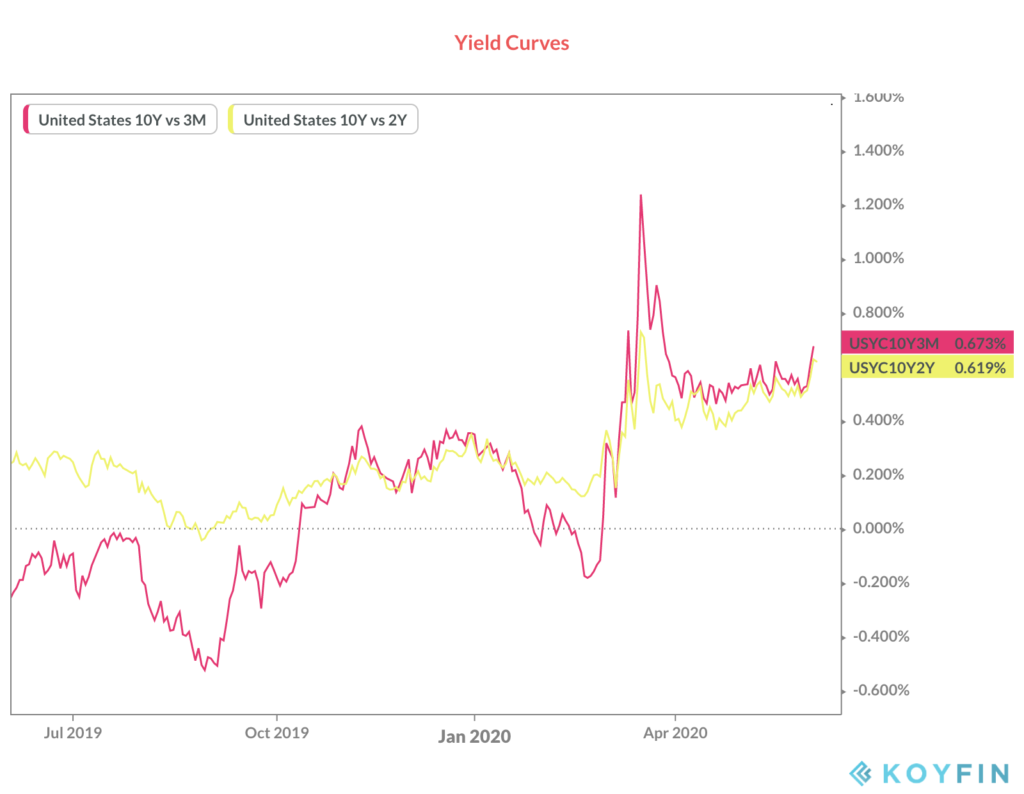 You can see a big improvement from the inversions that took place during the last week of February, when recession became obvious to market participants. On an absolute basis, a 10-year yield hovering below 1% is not indicative of a strengthening economy, but it’s doubled from the lows of early March, when it printed .49%.

Yesterday, the state of New York recorded zero deaths from COVID-19. None.

All of this is encouraging news. The stock market has obviously been front-running it for weeks, which is how it’s supposed to work. Too much? We’ll see.