I’m doing a lot more listening and almost no talking this week given what’s going on in this country.

Two things I wanted to share, related to the mass demonstrations across America, deal with the fact that economic realities are often the underlying causes for social injustice. Why does one population get policed one way, while another community is policed in an entirely different way? Often, the difference has to do with the resources available with which a community defends itself, makes itself heard in government. It shouldn’t be that way, but a lot of things that shouldn’t be have been left to stand for too long.

You may challenge the notion that the experience of one black CFP reflects the complete picture. But there is a reason blacks are underrepresented in the profession. Like all human beings, we seek dignity, intellectual challenge, opportunity for advancement, fair compensation for our work and an environment in which we can flourish. As a profession, we clearly have missed that message. 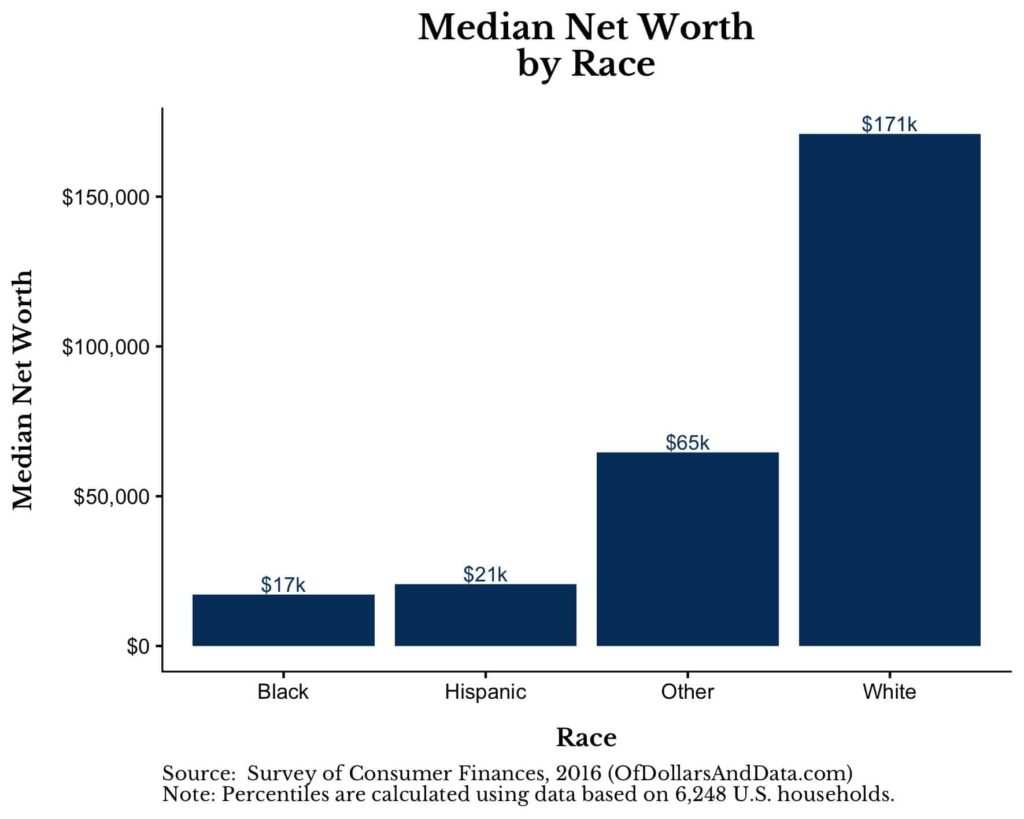 These two facts alone, along with a lot of the supporting data and charts, make it clear that the racial wealth gap is a major contributing factor to the different experiences of life in America. If you can find a few minutes to read and think about what Lazetta and Nick are pointing out, I think it’ll be worthwhile.

How Big is the Racial Wealth Gap? (Of Dollars and Data)