Taking a look back at the art, advertisements and political cartoons of the winter of 1918-1919 while the world was in the grip of the Spanish Flu, which ended up infecting as many as 500 million people, or one third of the world’s population.

We didn’t have sophisticated equipment and laboratories to study the germ up close.

We do today, but we still seem to be using the same playbook from 100 years ago – social distance, cover your mouth, ride it out.

It’s kind of pathetic that we haven’t come very far since then despite all this technology and training and scientific progress. Our kids are out of school literally loitering on street corners, our doctors and nurses are risking their lives, as are store shelf stockers and police personnel and paramedics. And the best we have right now to combat this thing is paper masks and ventilators. No vaccines. No universal treatment. Not nearly as much testing per capita as we require. We do have drones that can put a missile up someone’s ass in the Middle East from a thousand miles away while they brush their teeth. So I guess that’s good.

I’m typing this as we’re about to cross above 90,000 deaths in the United States with more than a million cases reported and climbing, so you’ll perhaps pardon my despondency. I don’t know how much longer people can endure the loss of life, career and economic opportunity. And the kids – no prom, no graduation, no little league, probably no summer camp – it just sucks so much, I’m really miserable about it all. 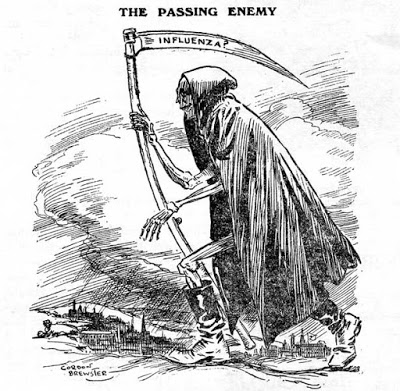 Grim Reaper iconography was big a hundred years ago. He was a constant feature of the landscape whenever there was a typhus or cholera or small pox wave, so they used him a lot during the flu pandemic. 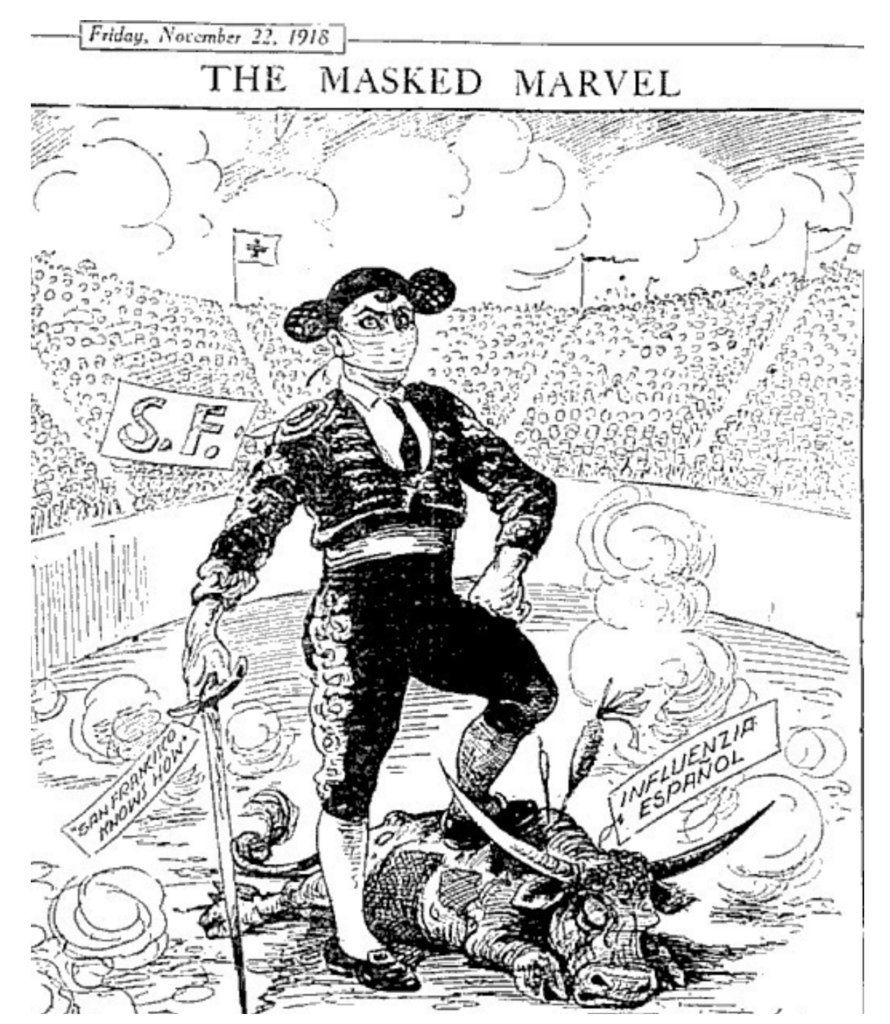 The Spanish stuff is sort of racist, but back then racism was fine and everyone was cool with it, apparently. The Spanish had stayed out of WWI for the most part, and the king allowed the nation’s newspapers to report freely. The newspapers everywhere else were censored because of wartime sensitivity. So Spanish papers carried stories about the pandemic and the rest of the press demurred. That’s how it became the “Spanish Flu.” Scientists believe it originated on a US Army base in Kansas and then made its way to the frontlines in France. 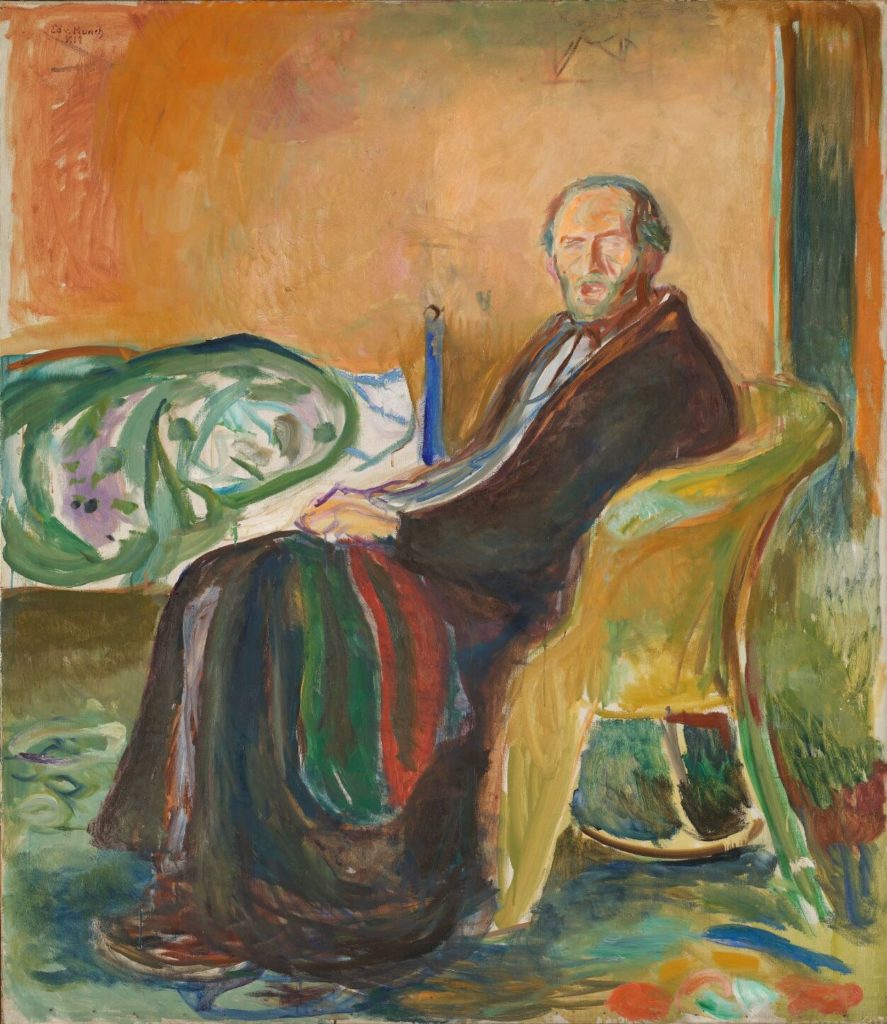 This is the famed painter Edvard Munch’s ‘Self Portrait with the Spanish Flu’ from 1919. 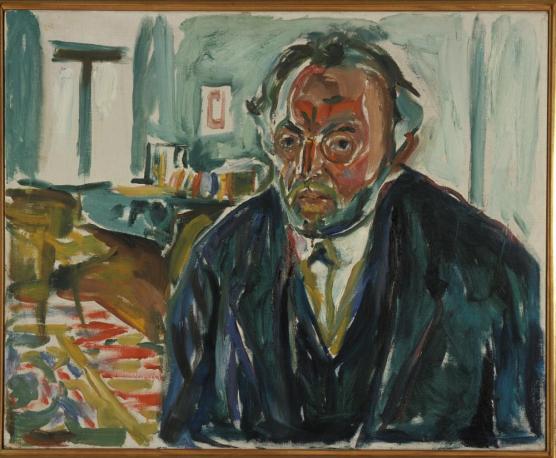 …and here’s his follow up, ‘Self Portrait after the Spanish Flu’. 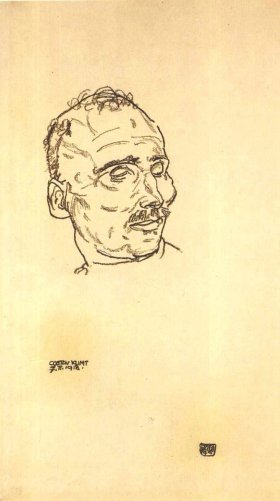 Artist Egon Schiele went to go visit his mentor, the renowned Austrian painter Gustav Klimt in the hospital. Klimt had suffered a stroke and died as a result of the Spanish Flu, so Egon did this sketch of him a day after his death. And then Schiele’s wife, who was six months pregnant, died of the Spanish Flu. And then shortly after, Schiele himself died of the Spanish Flu. That thing was a killing machine. It is estimated that somewhere between 20 and 40 million people had died before it ran its course. 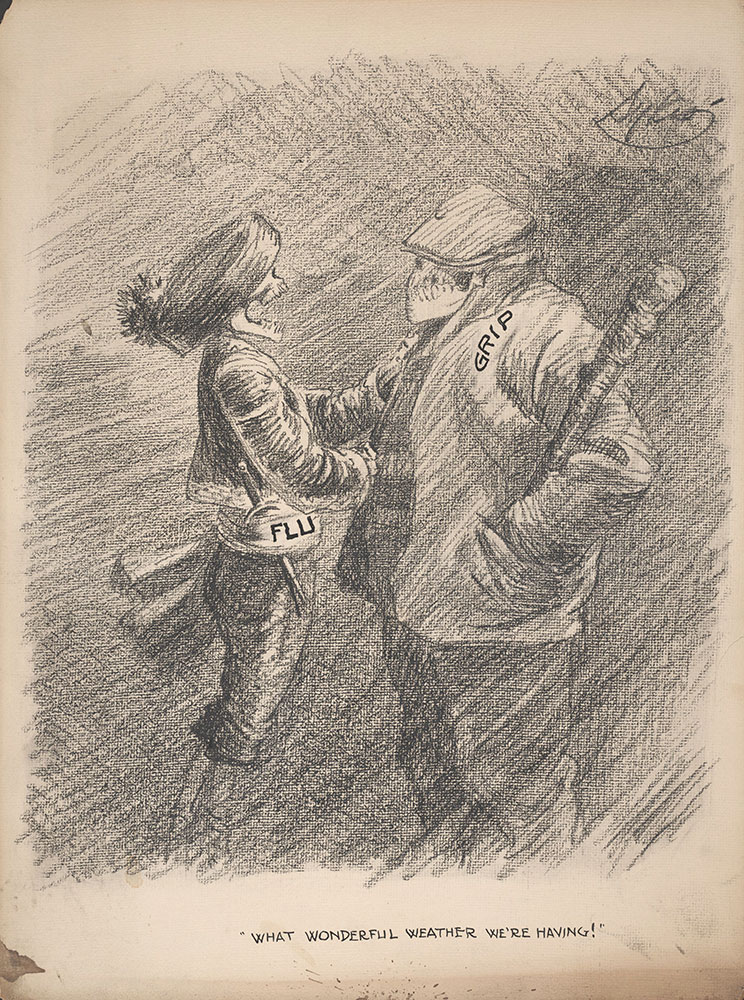 Before referring to it as influenza, sufferers called such illnesses “the grip” or, in Europe, “the grippe.” The name is derived from the feeling of their being an iron grip squeezing one’s rib cage and lungs, constricting one’s breathing and even speaking. 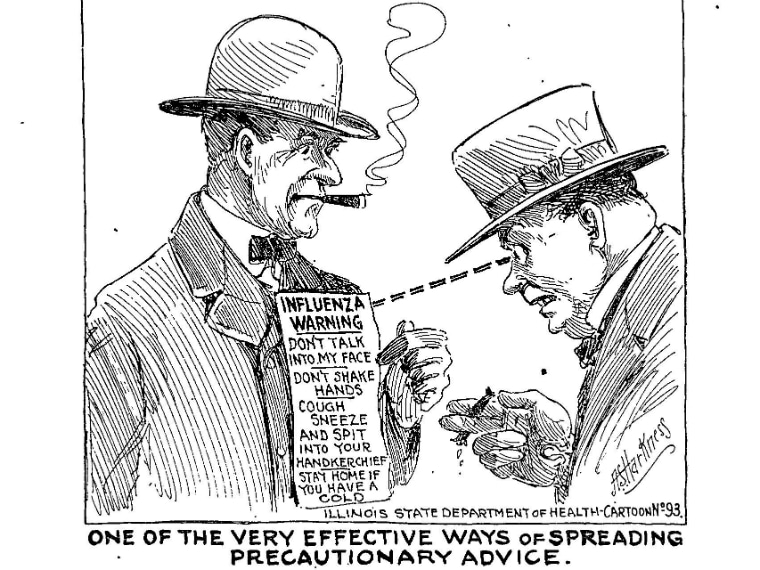 You can see an effort to educate the public above. The rules look just like today’s CDC guidelines. 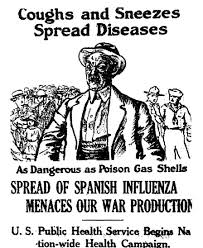 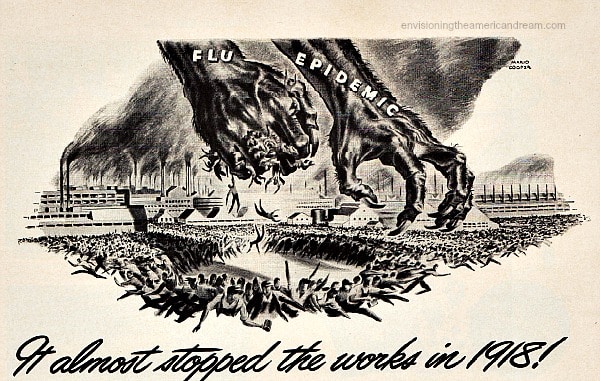 This is some sort of corporate propaganda celebrating their ability to keep a factory operating during the pandemic. I couldn’t verify but I think this was from Dixie Cup? 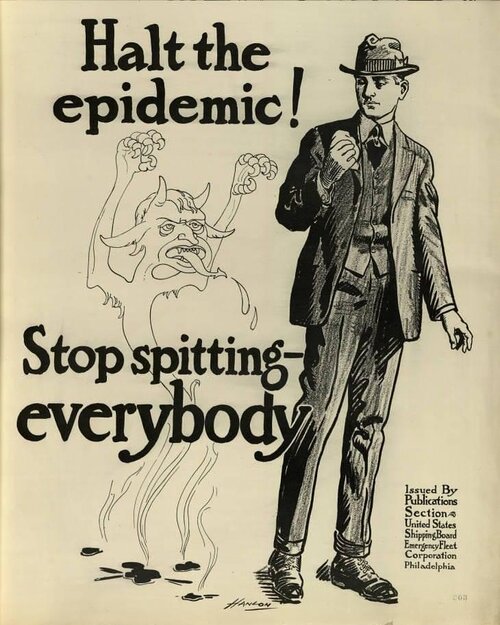 Another PSA. Again, we’re not much advanced from where they were a century ago.

Illustrator Charles Reese did the above, a crowd scrambles toward the sanitarium. 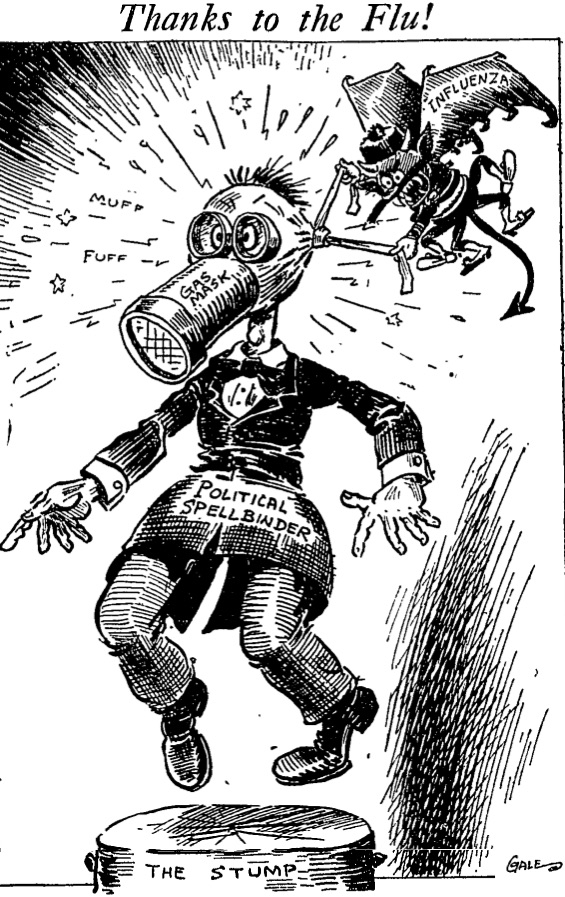 1918 was an election year and people were fed up with all the spinning and political BS. Back then, they called political strategist types “spellbinders” and the hope was that the pandemic would keep these fork-tongued liars out of people’s ears. 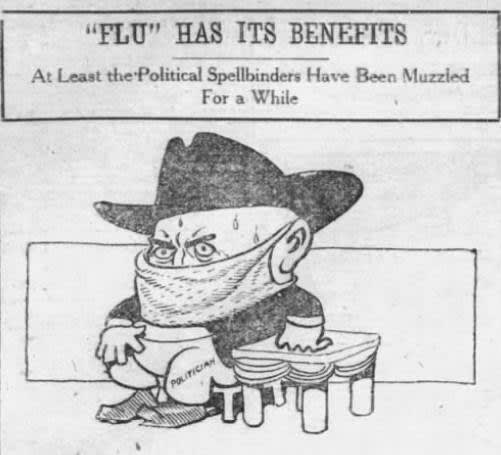 Here’s another one of those.

There were flu deniers and truthers then too. In the cartoon above, the ravages of the pandemic are being minimized and people are being ridiculed for the general panic. 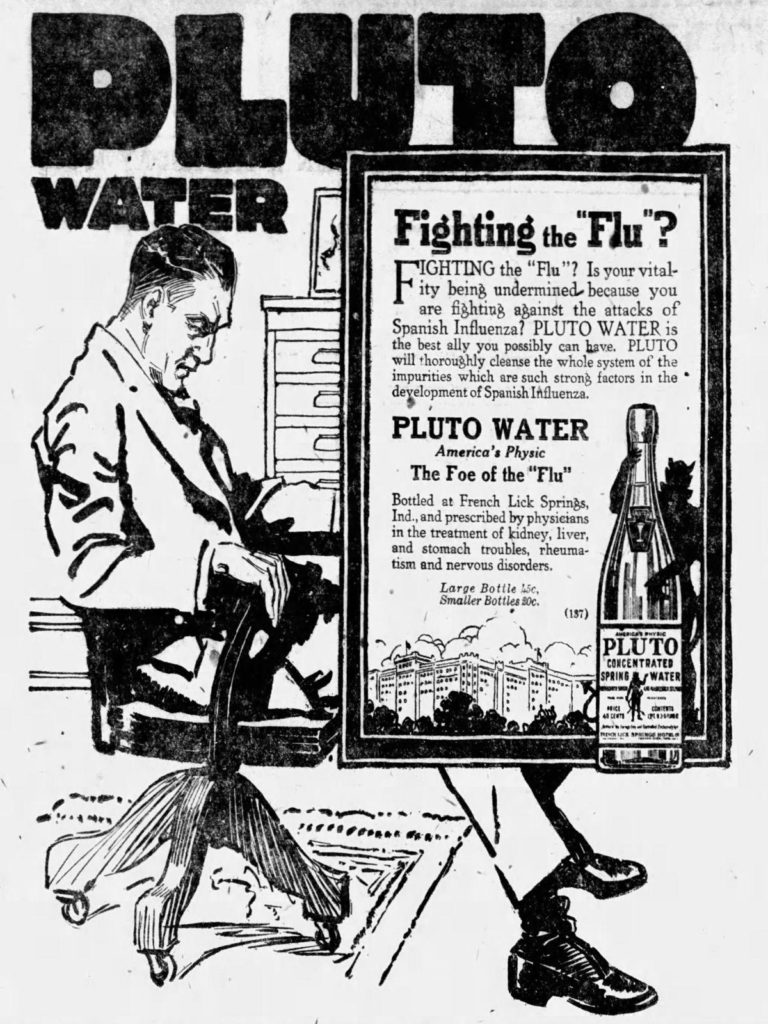 There were also naked opportunists. There’s obviously no f***ing way Pluto Water would have saved you from the flu if we can’t even be sure that Remdesivir does. 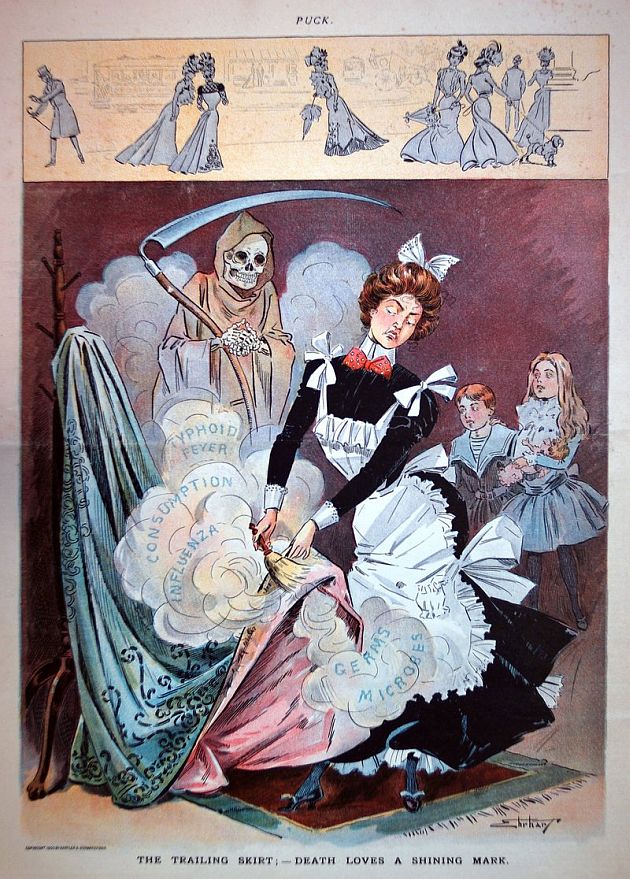 This was an illustration in Puck, one of the satirical magazines of the era. The implication here is that certain styles of dress were too dangerous in a time of germs and other invisible health threats. 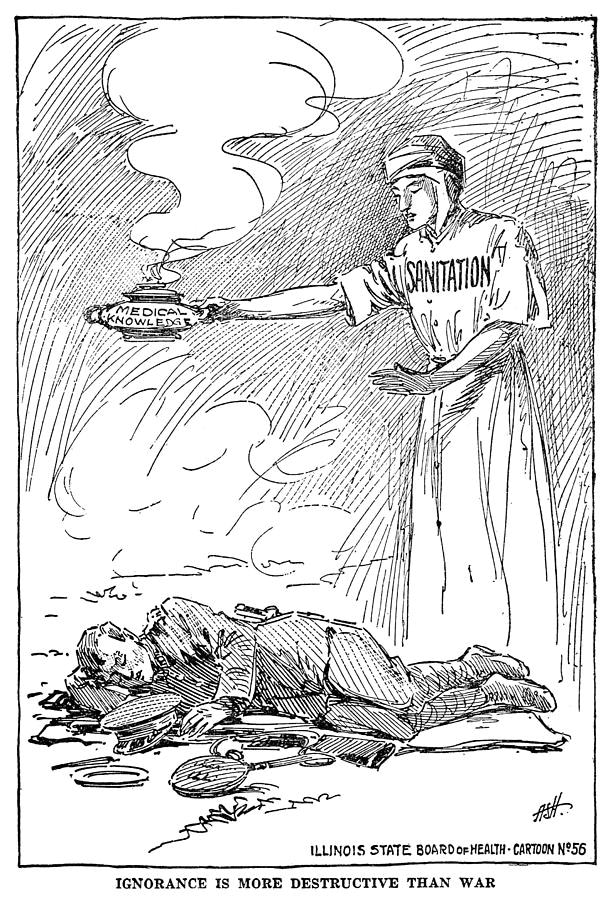 The irony of American soldiers returning home from the Great War only to be susceptible to the ravages of an unseen enemy wasn’t lost on the writers and cartoonists of the time. 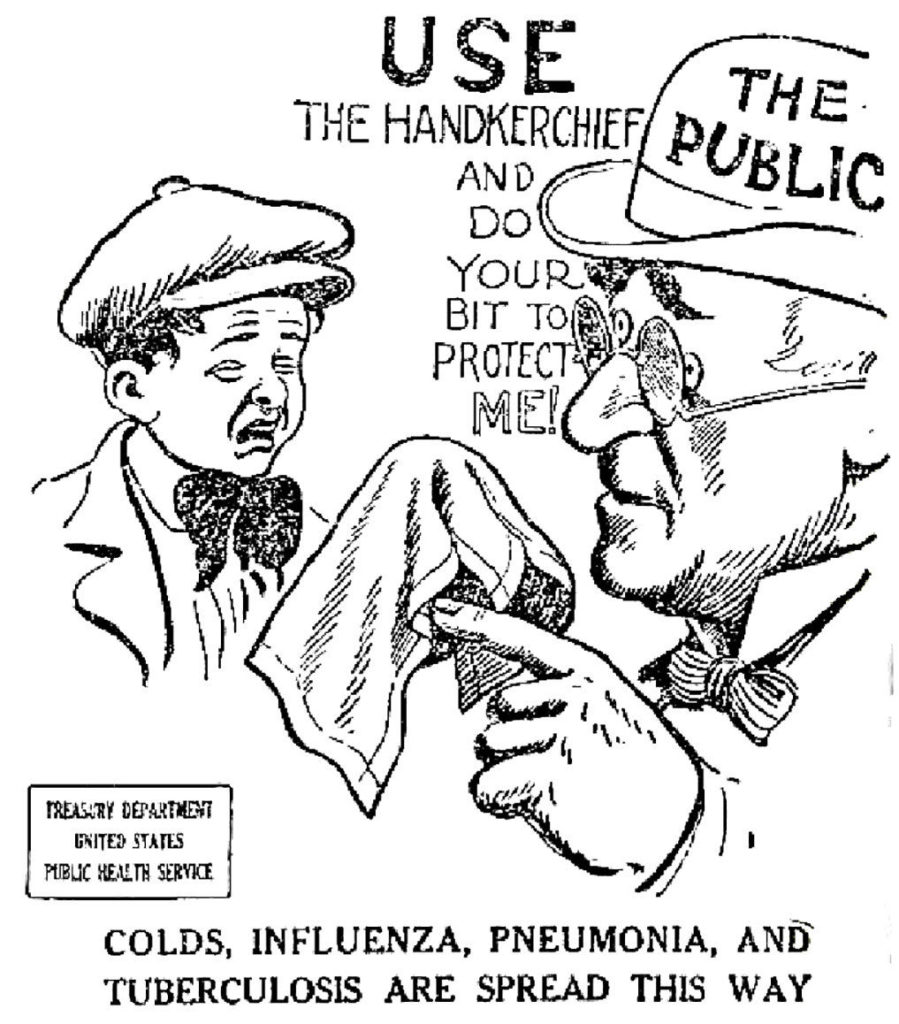 Here’s another public health notice. Again, we don’t seem to have much more actionable information than they did back then. 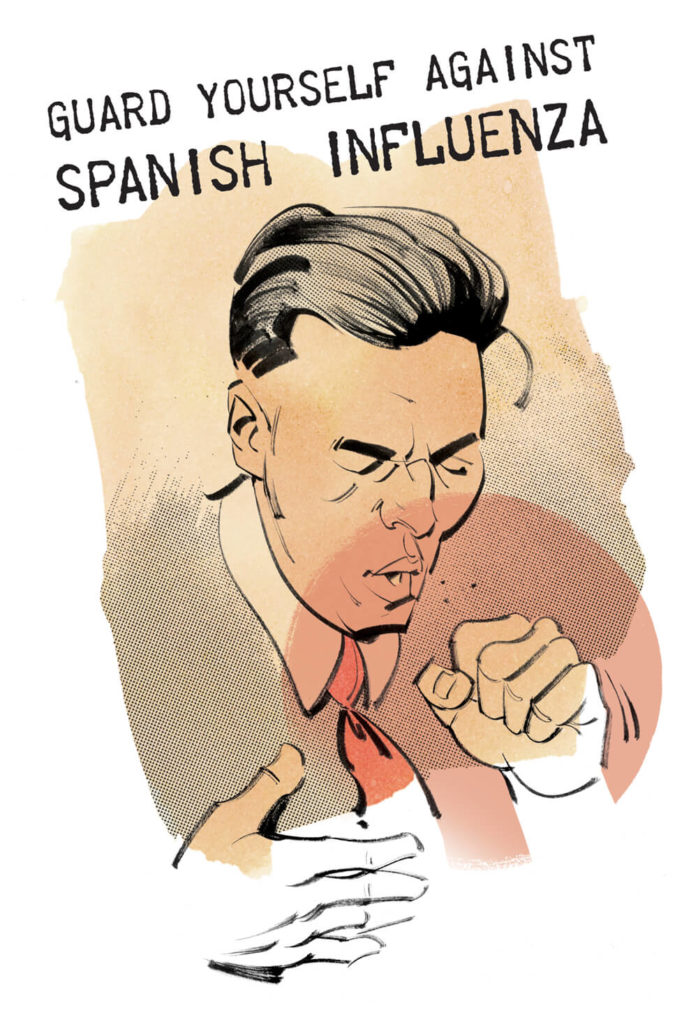 This is interesting. A popular Canadian hockey player died in 1919 of the Spanish Flu, but the league wanted to continue and hold the Stanley Cup tournament to determine a champion for the season. So the poster above and the one below were created to explain to fans how they should act to protect themselves at these events. 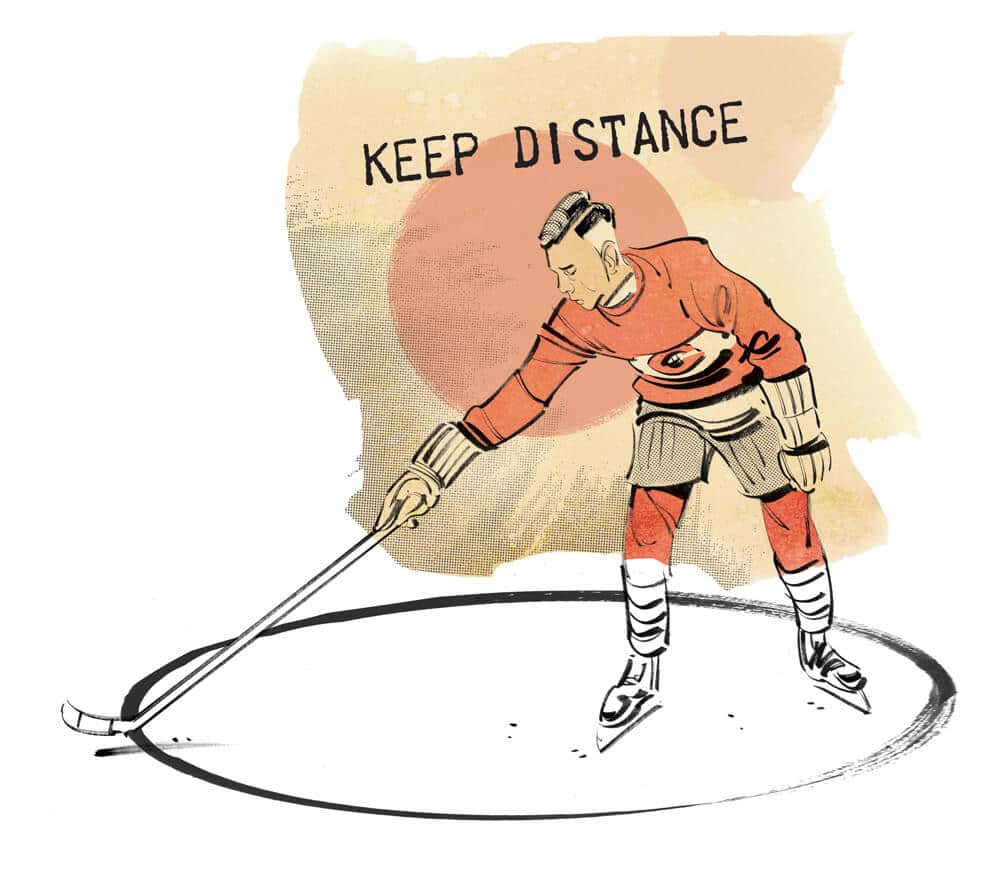 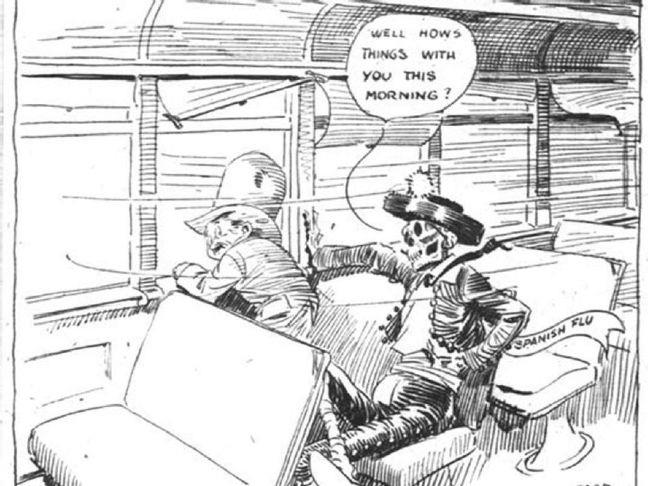 Death dressed as a Spanish Matador. That’s a little too on-the-nose for my tastes. The sash spelling it out is super try-hard. 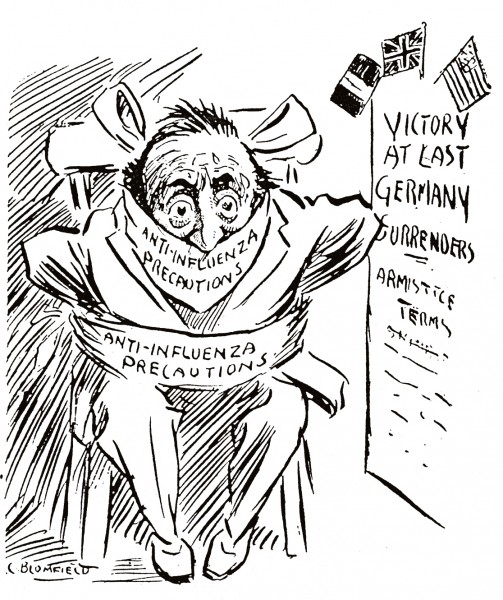 Here’s more about the irony of winning the war in Europe only to come home and have to endure “precautions” like masks and, I guess, cummerbunds? 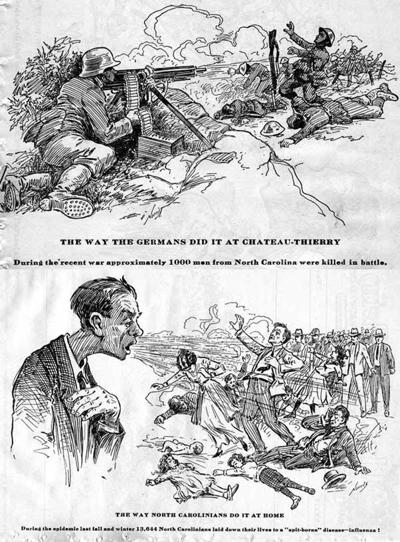 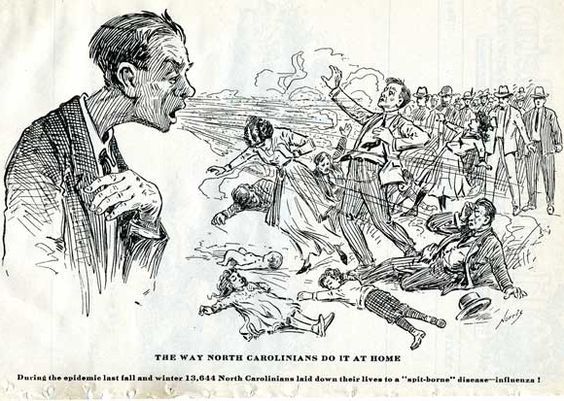 So, there were more but these were the most interesting ones.