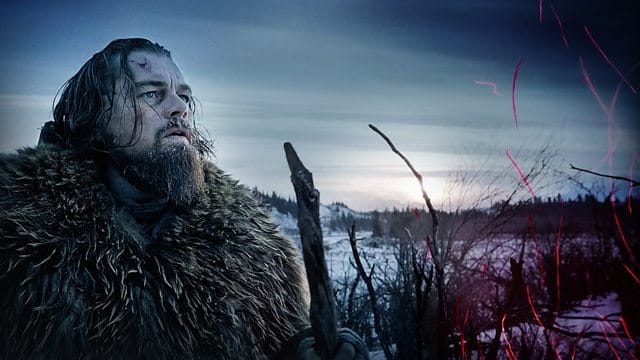 Good morning. Stocks were halted after a 7% drop, which triggered the first of three circuit-breakers designed to give buyers and sellers a chance to regroup during moments of extreme volatility.

The system is clearing itself of over-leveraged players, forced liquidators and panic sellers. There are people selling for a variety of reasons, but everything that gets sold, from a share of Apple to a barrel of oil, must also have a buyer on the other side.

You will see and hear amazing things today and this week – in stock prices, in oil prices, in government and central bank response. It’s going to be a time you’ll look back on. Unprecedented things are taking place, such as the entire US Treasury yield curve now below one percent for the first time ever, which we saw happen this morning – meaning every US bond, from the 3-month T-Bill to the 30-year Treasury, currently yields less than 1%. The 10-year has gone from 1.5% to 1% to .5% in three sessions. Utterly historic.

But I’m here, to remind you, of the things that are now still true and will always be true, regardless of what happens:

1. This is the Super Bowl for financial advisors. When the market is going straight up, months and months in a row, with little volatility, financial advisors can come to seem like a vestigial appendage – What do I need you for? After over 20 years of experience and having survived multiple 20% bear markets and two episodes in which the S&P 500 was cut in half, I can tell you definitively that these are moments when advisor-client relationships are solidified. Not in summertime, when the living is easy, but right now. In the depths. In the middle of the maelstrom. Helping people contain their fears. Keeping people from doing what might feel like a relief now but is sure to represent a mistake in hindsight. Refocusing people on the reason they’re investing in the first place, and the things they want to be able to fund far into the future. Last week we got 34 new inquiries from potential clients. 25 the week before and 21 the week before that. Our services have never been more in demand. Many of the people coming to us thought it was easier than it is and were trying to do it alone. Many are working with advisors that have revealed themselves to have been inept all along. Great advisors across America will rescue these investors. These are the environments in which clients’ retirements are saved and advisors elevate their game and come to embody the highest ideal of our profession. Game on.

2. Your retirement plan probably isn’t going to change, nor will the future uses of your money, which means throwing out your long-term plan or radically changing your portfolio makes absolutely no sense. Locking in permanent losses today, while fleeing to an asset class that yields nothing, is a surefire way to be unable to pursue our dreams tomorrow.

3. The end of the world only comes once. If your new base case is some sort of Birdbox-like scenario, then it will make no difference whether or not your asset allocation is incorrect. So let’s assume we’re going to end up somewhere between the February highs and Sandra Bullock traipsing through a forest, in a blindfold, to save her children.

4. You may be more at risk than you think. If your financial advisor has previously encouraged you to take portfolio loans against your stocks and bonds, which has put you in a position where you may be forced to liquidate assets, then you do not work with a fiduciary, you work with a salesman. He’s figured out a way to take double the fees on the same pool of your assets, and has gotten paid for adding additional risk to your personal situation. Which is fine. You were, of course, in on that decision too. Just don’t forget that your portfolio’s holdings can be liquidated by your brokerage firm at will if and when they slip below the loan thresholds. Just like a margin call. They will not wait for you to sell a boat or a ski house to come up with the money.

5. No, nobody “called this”. I mean, plenty of people had been calling for recession this year but they are the same people who have been calling for recession every year. There are people who spent ten years and about 23,000 Dow points predicting bear markets perpetually. This doesn’t take any talent. If you can find me someone who was a bull until January and then a bear beginning in February I will be suitably impressed. But even that person will not have the ability to tell you when it’s over and time to get bullish again. A perfectly correct economic or market call, that cannot be systematized and repeated in the future, is worth just as much as no call at all. Unless this was your very last year as an investor.

6. Never pull the goalie. The risk-off portion of your strategic asset allocation – most likely comprising some combination of long-term government bonds, short-term government bonds (or cash), TIPS, gold and municipal bonds, has done it’s job since the stock market’s peak. Long-term Treasurys in particular have gone literally vertical as yields have plunged. As improbable as bonds had looked for forward returns at the end of 2019, they have worked spectacularly well during the recent panic. These segments of your asset allocation are there to play defense for you. They come to represent the dry powder – so that when you rebalance into stocks that have gotten killed, you have somewhere to take the capital from that has performed well. Do this systematically over time and volatility’s effects have been negated. Our goalie, in addition to strategic holdings in these risk off assets, is literally called Goaltender. It’s a rules-based, tactical portfolio strategy that we use in differing amounts to help our clients reduce risk, lower exposure to volatility and remain calm in times like these. While we never publicly discuss how it works or its current positioning, you can read a little bit more about it here or talk to us about it here.

7. “Why don’t we just sell everything and wait this out? Get back in when the dust settles?” This is the question every financial advisor is getting this week, from at least one or two clients. They’re asking out of genuine curiosity, not just panic or fear. And it’s a great question. The great answer is that you won’t know when the dust settles. There’s no airplane writing the “all clear” in the sky above your neighborhood. And when the dust settles, do you think stocks will be at their lows? Or will they have already rallied furiously, in anticipation of this? Let me give you an example. Today is March 9th. Precisely eleven years ago today, in 2009, the stock market stopped going down. There was no reason. The dust had settled, without fanfare or any sort of official announcement. If you had polled people that day, or week or even month, most would not have agreed that we had seen the worst. The economic headlines were not improving. But there it was. And by June 1st, less than 3 months later, the stock market had climbed 41% from that March low. And even with that having happened, the majority of participants still weren’t clear that the dust had fully settled. That we had, in fact, seen the worst. There were still people calling us 3, 5 and 7 years later who had gone to cash and still hadn’t gotten back into stocks. They missed a new record-high a few years later and hundreds of percentage points in compounding on their assets.

8. All-in or all-out are terrible strategies. You cannot afford to miss the 25 best days in the market, or your returns are wiped out and you may as well have simply sat in 5-year Treasurys. The catch is that the 25 best days are frequently clustered among the 25 worst days. You can’t have the up without the down. Anyone promising you otherwise is either uninformed or a liar. I have often observed that it’s usually some combination of the two. In October of 2011, we were in the midst of the European Debt Crisis and stocks were rising and falling by 2 and 3% every day. Volatility was off the charts. I wrote about the stupidity of being all-in or all-out nine years ago, in the middle of that storm, and every word of it still rings true right now.

9. There are things you can do right now to be proactive and take advantage of the moment we’re living through:

a) Up your automated 401(k) contributions at work. Raise your equity exposure if appropriate given your time horizon.
b) Open a Liftoff account and set it for monthly contributions from your bank. My wife and I just upped our monthly number. It’s money we won’t be spending today.
c) Make sure your funds / stocks are set to reinvest dividends automatically rather than have these regular payments sit in a money market fund earning nothing. You’ll be buying more shares of your investments at lower prices.
d) Put in some “crash bids” for the stocks you missed on the way up and have always kicked yourself over. The ones that got away. Here’s how I explain this little trick for coping with a correction. I’ve been doing this trick for fifteen years.
e) Re-read the classics on risk and reward. Turn off the news and grab a life-changing book that will really give you the perspective you need right now. I recommend Simple Wealth, Inevitable Wealth by Nick Murray, Against the Gods by Peter Bernstein, The Investor’s Manifesto by William Bernstein. These are the stories about why we take risk, and why it pays off for those who are willing to bear it.
f) Make your 529 contribution now. Make your SEP-IRA contribution now. You may not be getting the lowest price. But a 15% or 20% discount to the prices of a month ago is almost certain to look like a steal years from now when you look back.

10. Most importantly, remember your ABC’s: Always Be Cool. You only have control of one thing – your own actions. The other stuff will work itself out, regardless of what you think or say or do. So be cool. Be armed with context, wisdom, patience, humility and a sense of humor. See you on the other side.