The S&P 500 just wiped out about $1.737 trillion of its value during its two-day market sell-off, according to S&P Dow Jones Indices.

The equity benchmark lost $810 billion in value on Tuesday, adding to its $927 billion loss on Monday, according to the firm’s Senior Index Analyst Howard Silverblatt. It’s down $2.138 trillion since last Wednesday’s high, according to S&P Dow Jones.

Nick takes a look at what typically happens after a two-day wipeout of more than 6%. There were only 34 of these events. Half of them took place in clusters around the ’87 crash or during the calendar year 2008. But half didn’t.

Here’s what happened to stocks over the next 250 days after these 34 episodes. 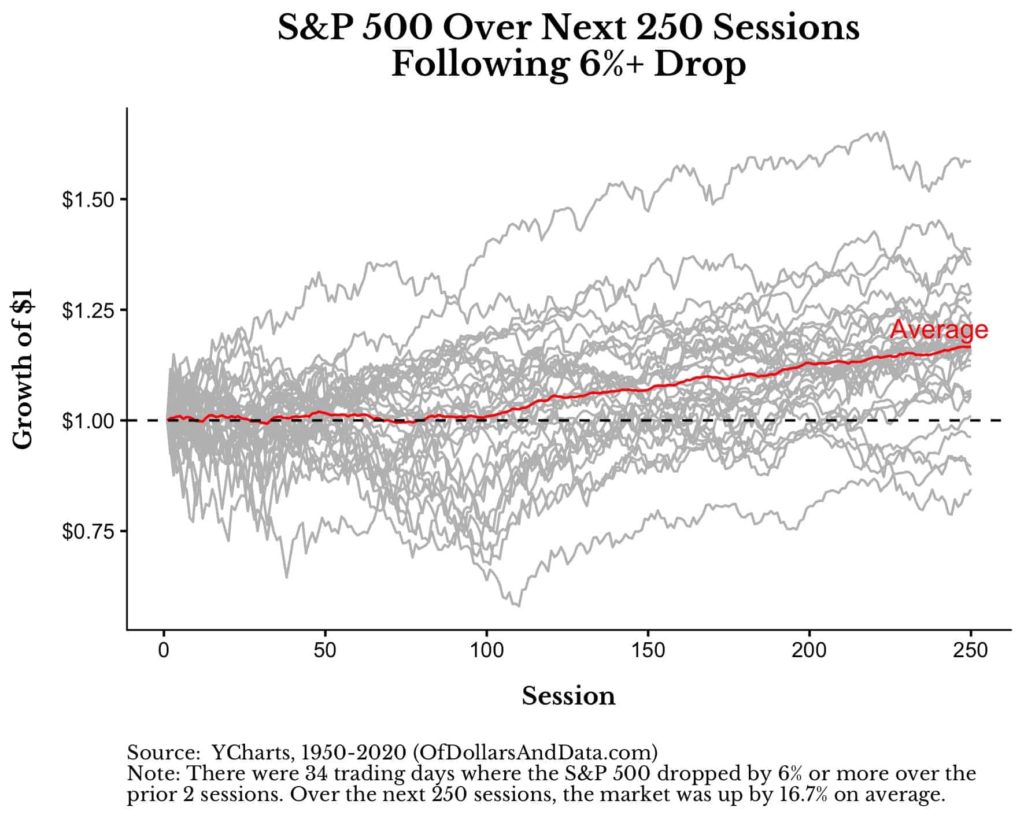 This chart is particularly useful because you can see that the S&P 500 didn’t break out of its panic-induced slump (on average) until about 100 sessions later.

More importantly though, of the 34 gray lines on the chart above, I count only 4 that had lost money 1 year after their large two-session decline.

Josh here – my takeaway is that, on average, it took a while for these conditions to recover, but most of the time there was no lasting effect. Most of the time.

My own gut instinct tells me the first wave of US contagion headlines, which have not hit yet, will produce the sort of panic needed to get us to a short-term bottom. I’m thinking more about the potential for people getting sick than I am about temporary volatility in the stock market. Let’s be rational about stocks and think positive thoughts for everyone’s safety and health.

What Happens Next (Of Dollars and Data)