Michael wrote about how shitty of a timing signal this measure is here, if you haven’t read it yet you CANNOT miss it.

In the meanwhile, Jon Krinsky notes that while we may be stretched based on recent history, in the 1990’s, the S&P was routinely more than 10% above the 200-day moving average, which led to consolidation periods followed by even higher new highs.

It’s notable that this extreme breadth surge has happened with the SPX stretched vs. its 200 DMA. It is now at the widest spread (over 11%) since January 2018. Of course when momentum gets strong like it was two years ago, and it is now, there is no rule for how stretched things can become. It peaked at around 14% in Jan. ’18, and routinely was above 15% in the late 1990’s 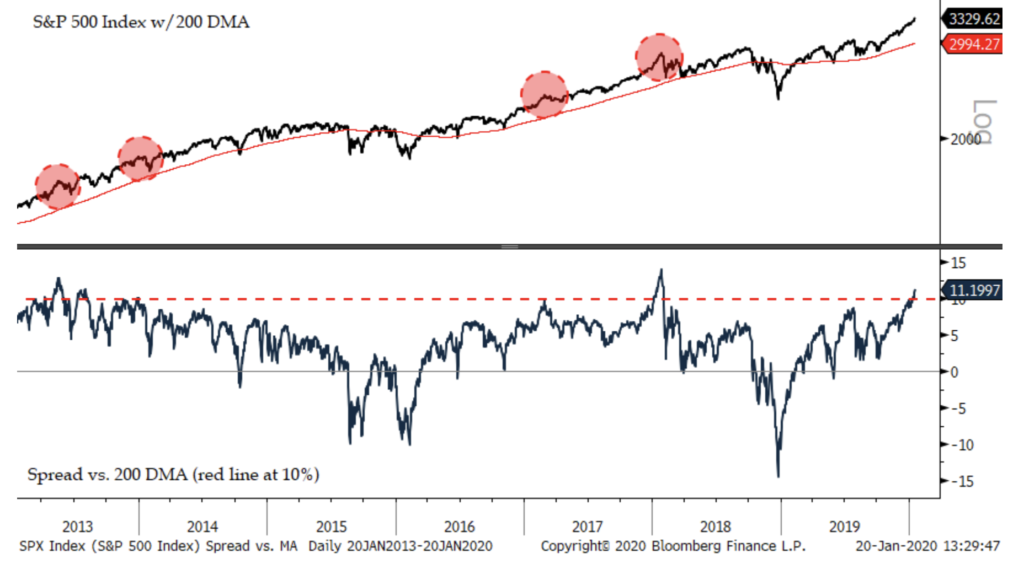 By mid 1995, the SPX was 14% above its 200 DMA. You can see it routinely traded above that threshold over the last half of the decade, and while it did check back to its 200 DMA many times, there were other times where the market moved sideways or pushed even higher 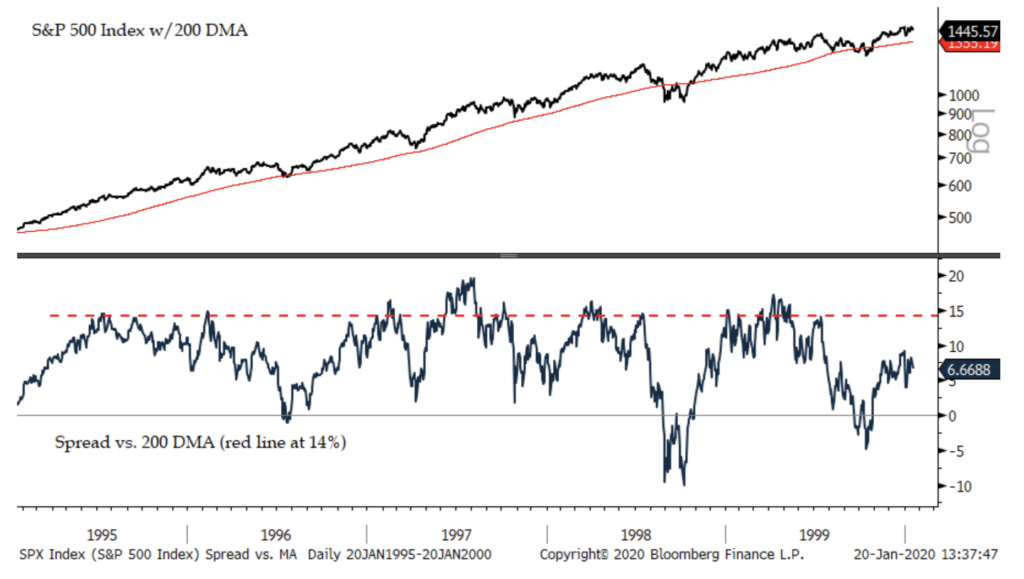 What Happens When You Have a Breadth Surge and the SPX is Stretched?
Baycrest Partners – January 20th, 2020