Two predictions for the coming week, which I think will be a particularly wild one –

First, the United States Ambassador to the European Union, Gordon Sondland, will walk into the House hearing room on Wednesday and tell the truth. Sondland is not part of the Trumpworld Mafia or a self-styled tough guy like Rudy, Michael Cohen or Roger Stone. He’s not a trickster or a fixer or a lifelong devotee to the dark arts of cronyism and conspiracy. He’s just an ordinary schmuck who made his fortune in the Seattle hotel business and then wrote a million dollar check to Trump during the 2016 election. He secured a diplomatic appointment and then got caught up living the life. It’s not a life he’s suited to.

Sondland has already changed his testimony as new information has come to light about his role in the Ukraine extortion plot. And on November 20th, he’ll be asked about the revelation of a call he received at a restaurant in front of multiple witnesses during which the President of the United States directed him to secure the political investigation from Ukraine. He will not lie. He is not willing to go to jail for this plot. He’s not Paul Manafort, he’s a marshmallow.

All hell will break loose as every talking point the Republicans have about Trump not being directly implicated will be torn apart. These are the “fireworks” that all the journalists have been pining away for. Congratulations. You got ’em.

Second – there is a rumor going around New York City that former Mayor Michael Bloomberg will be officially announcing his candidacy for Democratic Presidential nomination on Tuesday. Michael Bloomberg is an accomplished politician, having run the greatest city in the world for three terms. He is also an actual billionaire and, by any measure, one of the most successful private sector entrepreneurs of all time. Mr. Bloomberg is worth over $50 billion, the 14th richest person on earth. His first $100 million worth of advertisements, starting now, will not even mention his name. They’re reportedly designed to humiliate Donald Trump as a fraud and an imposter who is not fulfilling his promises to the working class people who backed him.

Whether or not this opening salvo will be effective remains to be seen. Bloomberg is not going to attempt to win over the far-left Twitter Caucus of the Democratic Party, nor will he be foolish enough to try to convert the gun nuts or the biker gangs. He’s betting that the center, the center-left, the suburbs and the swing voters in key states like Wisconsin, Ohio, Pennsylvania and Michigan can be persuaded to vote for competence over culture wars. And Bloomberg practically screams competence, regardless of what you think of his tough-on-crime reputation or his socially liberal “nanny state” agenda around issues like obesity, smoking, gay marriage, etc.

Bloomberg will struggle to corral the woke faction no matter what he says because he is a billionaire and a certain margin of the Democratic electorate believes that billionaires are evidence of a failure of the system – his very existence is seen as an aberration that must be corrected by the Warren / Sanders contingent. This contingent is both energized and highly vocal. But he does stands a better chance than anyone currently in the race to persuade the center to fall on the blue side of the fence this time out. Is the center big enough? Will the woke recognize Trump as a big enough national emergency to put their more radical wishlist items to the side for awhile?

My opinion is that if the evangelicals could learn to embrace Trump, then anything should be seen as possible going forward. Never say never. The Eye of Sauron that is Trump’s Twitter account will swing its attention around to his announcement and begin firing away immediately. This could backfire, however, as the Never Trumpers race to take sides. The enemy of my enemy is my friend. Picture the running mobs of panicked people fleeing Tokyo while secretly rooting for either Godzilla or King Kong to win their battle above the skyline. 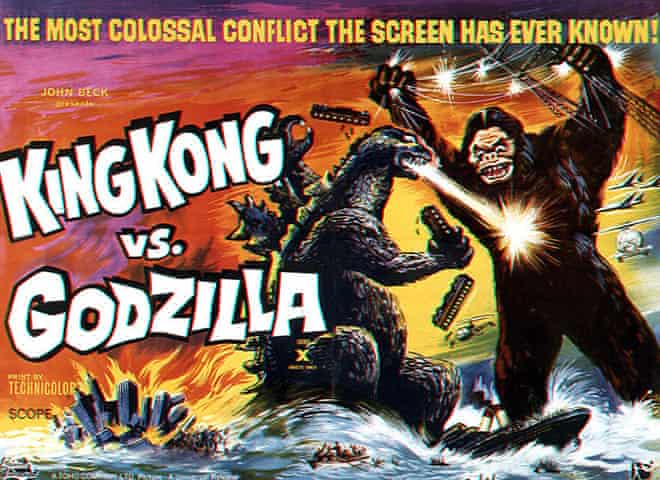