My Chart o’ the Day comes from LPL’s Ryan Detrick, who notes that:

Many consider this bull market the greatest ever, given it has incredibly lasted more than 10 years. But in terms of magnitude, many would be surprised to hear that the 357% gain during this bull market is still beneath the record 417% gain seen during the 1990s. 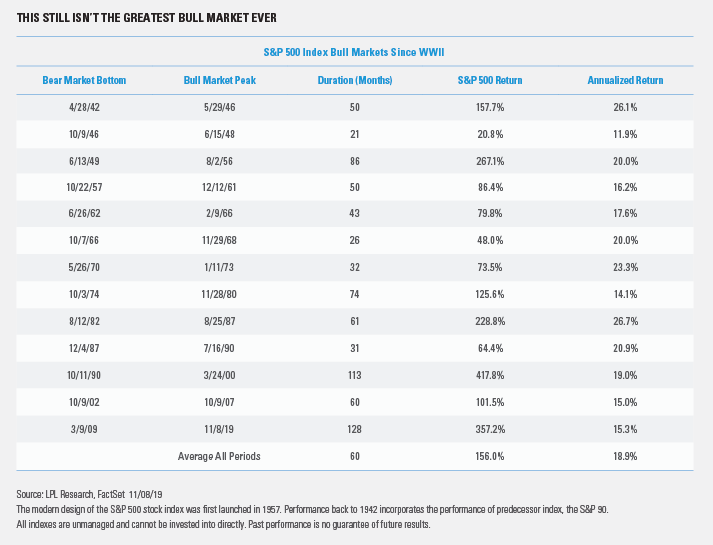