Once upon a time there was an egotistical man who sold subscriptions to a stock market research product based on the premise that his “signals” could tell people when to buy and sell. To get attention for his service, he railed regularly against the Wall Street establishment, whom he referred to derisively as outdated, hopeless “bagholders”. He had come out of the woodwork and shot to fame during the late stages of a grueling bear market, at a time when the American public was willing to believe that it was a good idea to rapidly buy and sell stocks on a daily basis. He’d sold a ton of subscriptions for his service and, for a little while, had a lot of people fooled – regular investors, professional traders and the media too. And then it all fell apart.

One of the benefits of studying the history of markets is that you quickly realize that everything is a rerun. We’ve seen it all before, though the people, places, products and circumstances change. The only thing an old trick needs to make a comeback is a new generation of investors, a fresh crop of naifs, willing to suspend disbelief and invest themselves in magical concepts. 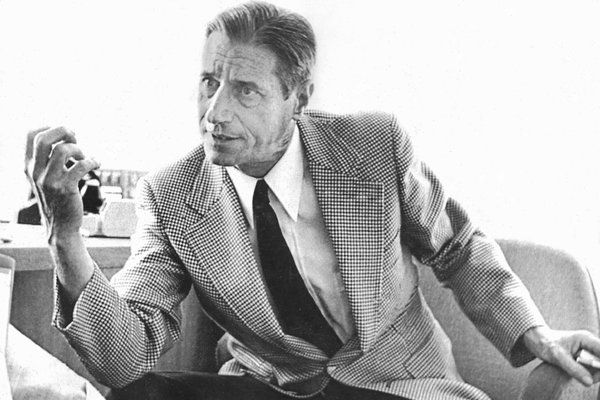 At the peak of his popularity in 1981, Joe Granville had 16,000 active subscribers paying him between $250 and $3000 a year for his signals. He had single-handedly crashed the market by issuing a real-time sell alert to his subscribers via voice mail message in the middle of the night that January. People Magazine sent a reporter to debunk his ability to call the direction of stocks that April but he ended up charming her instead, garnering quite an advertisement for his genius in the process.

Central to Granville’s business model was the endless repetition about how his so-called “signals” enabled him to read the markets like no one else, buying and selling individual stocks based on a formula of different fundamental and technical metrics that he alone possessed. The prestigious Journal of Portfolio Management invited him in to discuss these signals with their quants to see if there was any merit to this systematic approach. Granville, the consummate showman, didn’t shy away. He sat there for hours laying out all of the various signals he used to divine the market’s message. The quants published the results of their backtesting and found that it was all gobbledygook. Granville just used the article to promote himself even further, the sheer fact that they were even talking about him was all he needed.

In the end, Granville’s signals were proven to be ineffective and the secular bull market that began in 1982 had left him behind. He never made the bullish turn, digging his heels in on a bearish call, and his subscriber base dwindled thereafter. He publicly announced that he’d failed because he had abandoned his old signals in lieu of new signals and, as such, he was going back to the original recipe. By then, it was already too late, the magic spell had worn off.

Mark Hulbert, who’s been studying the most well-known market-timers for more than three decades, eventually concluded that the Granville Letter was among the worst of these services over the long haul. If Granville did truly possess a system with merit at some point, it was clearly not a system that was built to endure.

The term “system” implies a mechanical approach to investing or trading, and perhaps there are some mechanical systems that are better than others. Unfortunately, investing will never be able to be reduced to sheer mechanics, at least not in the Newtonian sense of the word. In his book, Investing: The Last Liberal Art, author Robert Hagstrom explains that markets are not mechanical systems, in the end, and do not obey set laws as in physics. You can run one of Isaac Newton’s experiments one thousand times over and continue to get the same result – not so with markets comprised of millions of people and the infinite emotional variables that can never be reconciled on a spreadsheet. Markets are the opposite of mechanical, they are biological.

In mechanistic systems, small changes produce small effects, large changes produce large ones. It’s math. In a biological system, however, this construct cannot survive reality. Just as tiny changes in nature can produce massive mutations, so too can minor events have exponential impacts on financial markets. Thus, any “signals” one wants to employ must not only be able to identify significant events and pinpoint the timing of their occurrences, they must also be able to calculate the scale and scope of that event’s repercussions.

No one has a system or set of signals that can be relied upon to do that in all market environments.

No one ever has, no one ever will. Granville didn’t either.

Nor will any his modern-day successors.

Read the entire Joe Granville chapter for free here, from my book Clash of the Financial Pundits: