There are people in this world who simply will not be denied.

I find this idea fascinating, that you can envision something and then literally will yourself into making it happen. They call this the Law of Attraction and it’s one of the few pseudo-sciency things I actually believe in. I have no data to back this up, just forty or so years of life experience and twenty on Wall Street. There are people who will not be denied once they’ve fixated on a thing and, in my experience, they mostly get it, or get something even better that they hadn’t even considered at the start.

A more bullshitty version of this premise was the basis for the bestselling, Oprah-endorsed book, The Secret. Kurt Andersen writes in his book Fantasyland:

The Secret takes American fundamentals, individualism and supernaturalism and belief in belief, and strips away the middlemen and most of the pious packaging – God, Jesus, virtue, hard work rewarded, perfect bliss only in the afterlife. What’s left is a “law of attraction,” and if you just crave anything hard enough, it will become yours. Belief is all. The Secret’s extreme version of magical thinking goes far beyond its predecessors’. It is staggering. A parody would be almost impossible. It was number one on the Times’s non-fiction list for three years and sold around twenty million copies. Its sequels (The Power, The Magic) sold several million more.

“The isn’t a single thing you cannot do with this knowledge,” the book promises. “It doesn’t matter who you are or where you are. The Secret can give you whatever you want.” Because it’s a scientific fact.

The author, Rhonda Byrne, doesn’t exactly dance around her certainty about the concept: “The only reason any person does not have enough money is because they are blocking money from coming to them with their thoughts…It is not your job to work out ‘how’ the money will come to you. It is your job to ask…Leave the details to the Universe on how it will bring it about.” 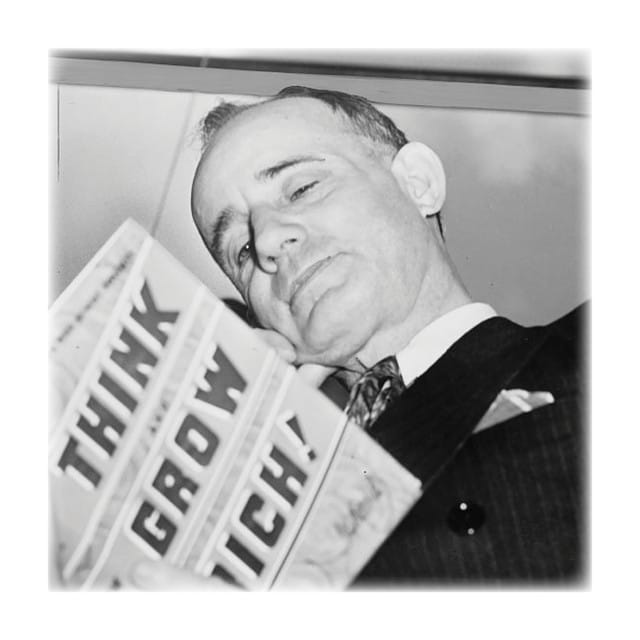 There’ve been other renditions of this book throughout American history – The Power of Positive Thinking by Rev. Norman Vincent Peele was the religious version. Napoleon Hill wrote the original How to Succeed In Business-style motivational book, Think and Grow Rich, in which the author used the examples of the Rockefellers, the Carnegies and the Vanderbilts to show how positive thinking is all you need to amass a fortune.

As ridiculous as this all sounds, I actually believe in it. I also don’t feel the need to see it proved by anything. I almost feel as though that would be beside the point.

And I’m sure there are counter arguments that aren’t occurring to me, but when I think about people in my life that I’ve seen acting as though they would not be denied, I only seem to be able to find examples where things worked out.

And what if it doesn’t work this way and all of the believers, myself included, are just kidding themselves?

My answer to that is “So what.” Not with a question mark, but with a period. So what. There are a million other ways you can go through life and business, but having this attitude is probably the best. It’ll make people want to root for you and to be around you. If you act in accordance with this belief, you will not be afraid to say what needs to be said, to ask for what needs to be asked for, to go out on that limb that others wouldn’t dare attempt.

If you know, deep down, that sooner or later you’re going to get what you’re after, you’ll carry yourself differently among potential partners, customers, employers, employees than the person who is more reasonable about what the future holds. You’ll go about the tasks appointed to you, by others or by the circumstances of your endeavor, with more urgency.

You won’t need to set an alarm clock.

I’m blessed to know several people in our industry who simply will not be denied. Some are just getting started, some have already achieved more than they ever thought possible and most are somewhere in between. I count myself lucky to have them as friends and people I can both talk to and be inspired by.

Whether it’s the unstoppable Justin Castelli, who is just now adding the first employee to his young investment advisory firm, RLS Wealth Management, or the unbeatable Shirl Penney, who’s adding billions of dollars to his RIA platform for breakaway brokers, Dynasty, these people give me all the inspiration I need.

Whether I’m watching Jon Stein turn Betterment into the most influential financial services firm of the 21st century or getting updates from Perth Tolle as she takes her Life + Liberty index idea from infancy to full-blown product, it’s just obvious to me that they’re going to get what they want. They will not be denied.

So what if you don’t know what you want just yet, and you’re not yet ready to become a person who will not be denied? I didn’t become one until 2010. I spent more than half of my career unsure of what I was doing, why I was doing it and unable to grasp even an ounce of purpose out of each day’s work. It happens. My suggestion, in this case, is to start thinking about it and, in the meantime, try to align yourself with the people you know who are in this undeniable mode. Perhaps you’ll discover that their mission is also yours, and that the fervor with which they’re breaking through obstacles will become your fervor.

There is no scientific reason to think that by wanting something bad enough, you’ll eventually attain it. But it seems plain as day to me that the people who take action as though it’s true end up in a better place than those who choose another philosophy with which to go through life. So why not believe anyway? Why not become undeniable yourself?