“Jack Bogle has done probably more for the American investor than any man in the country.”
– Warren Buffett

I didn’t have any worthwhile mentorship during the first half of my career. It wasn’t until I shed my brokerage licenses and became a fiduciary investment advisor ten years ago that I came into contact with the ideas and philosophies of John C. Bogle, the founder of Vanguard and inventor of the index fund, who died yesterday at the age of 89.

But the way in which he described good investing, the morality behind his message and the unmistakeable truth and clarity with which he explained things changed everything for me. The only people who come across his message and then subsequently disagree with it are those whose careers depend upon their not believing. Bogle had the math on his side, and just about all of the salient facts pertaining to industry conflicts, human psychology and investor behavior.

People mistakenly infer from Jack’s career that he only believed in market-cap weighted indexing. This is a gigantic misunderstanding. What he actually believed, based on over fifty years of experience in the mutual fund business, is that keeping costs low (fees, expenses, tax liabilities, etc) is preferable to any amount of excess return that an active manager might be relied upon to generate. Jack once said he’d rather invest in a low cost active fund than a high cost passive fund. His son actively managed a mutual fund in which Jack himself was an investor. In fact, nearly half of Vanguard’s assets under management are in actively managed funds, such as the Wellington fund, one of the crown jewels of the firm’s collection.

Registered investment advisory firms like mine created an entire multi-trillion business based on the teachings of Bogle and the premise of his investment ideas. We used his undeniable truth to set ourselves apart from traditional Wall Street brokerage firms – which have historically shunned index products due to an unwillingness on Vanguard’s part to pay kickbacks to their platforms. Vanguard’s whitepaper, The Advisor’s Alpha, was the most seminal thing ever written about the ways in which financial advisors can add value to a client away from the fussing over asset management. I don’t know a single serious person in our industry that hasn’t read it, shared it and internalized it. 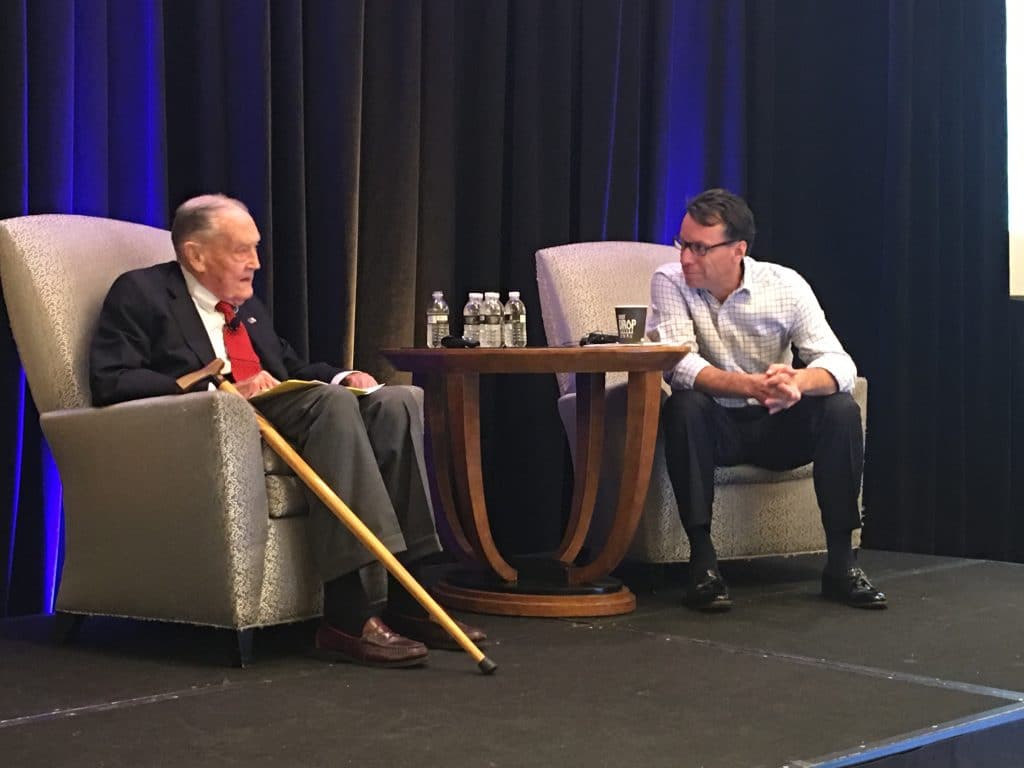 I got to meet Jack on stage at the Battery Park Ritz-Carlton in the spring of 2017 when he came to give the keynote address at Chip Roame’s Tiburon CEO Summit. For all I know, it may have been his last trip up here. I had a moment to tell him, face to face, how important he was to me, and I will never forget it. I’ll also never forget how incredibly sharp his comments were that day, how clear and unwavering his voice sounded and how rapt the audience was, despite the fact that everyone in the room was already familiar with what he was going to talk about.

Being in the room with him was special. With the exception of Warren Buffett, I don’t know of another person in the investment business that could command that level of awe and respect. 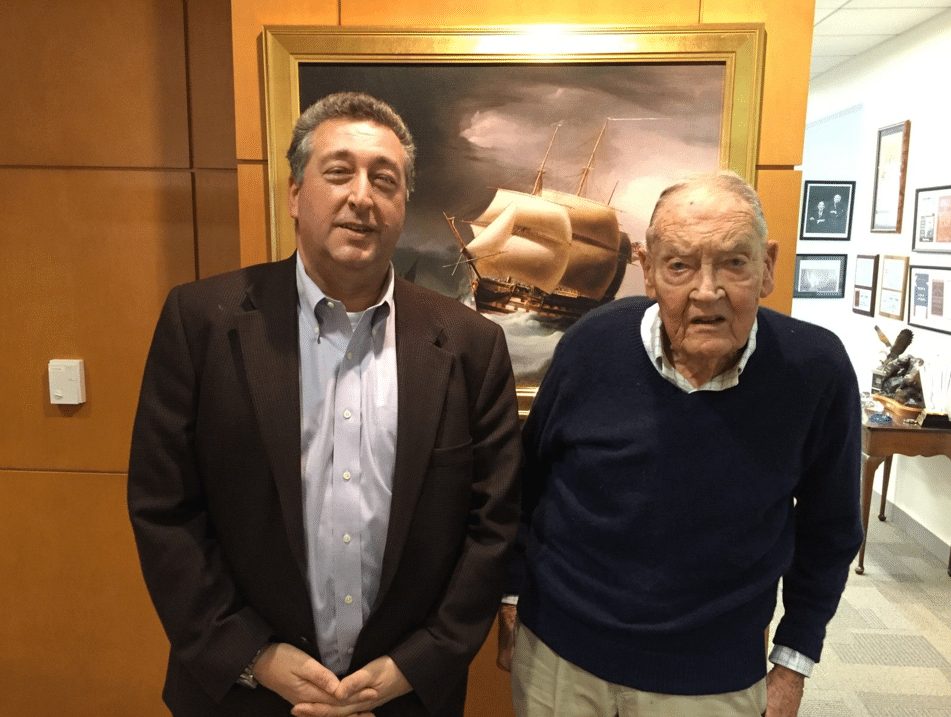 My partner Barry went down to Pennsylvania to interview Jack for his Masters In Business radio show on Bloomberg. I didn’t make the trip with him that day, but I was just as excited as though I had. Barry’s interviewing skills were entirely unnecessary. As he’ll tell you, Jack is one of those guys you just give the microphone to and let him run with it. Here’s Barry’s encomium to the man that inspired so much of what we teach investors, published this morning.

Here are some other things you should read today about the man who changed the investment business and set millions of people free in doing so:

The Philadelphia Inquirer’s obit is a good start

Jon Stein wrote this – REMEMBERING JACK: WHY THERE IS NO BETTERMENT WITHOUT BOGLE

Jason Zweig’s been writing about Bogle and Vanguard’s revolution for decades, so his Wall Street Journal piece is the definitive take in the media today

You can watch below as Becky Quick relays what Warren Buffett had to say at the news of Jack Bogle’s passing:

There will be more in the coming days and weeks. I’m going to add his just-published final book, Stay The Course, to my reading queue. I’m glad he got this memoir out the door before he passed. You should read it too.