I’ll have more thoughts on this later. Here’s the lead markets story at the Journal today:

Going back to the 1980s, the S&P 500 has typically rebounded after posting a weekly loss, such as the punishing setback it suffered last week. This year, that “buy-the-dip” trend has broken apart. The broad index has fallen an average of 0.04 percentage point on the day following weekly declines, marking the first time since 2002 that stocks have consistently slipped after one-week pullbacks, according to Morgan Stanley .

What is troubling is that the only years in which stocks haven’t reliably rebounded following dips have been either at the start of or in the middle of a bear market, Morgan Stanley says. In some years, including 1982, 1990 and 2002, investors were hit by not just a bear market but also a recession.

And their chart, which is really good. I’ve never seen this presented like so: 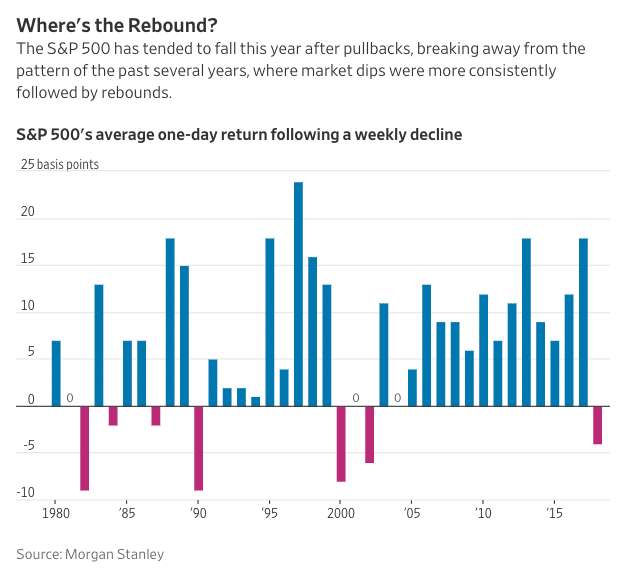 Go read it, something has definitely changed about investor psychology this fall…