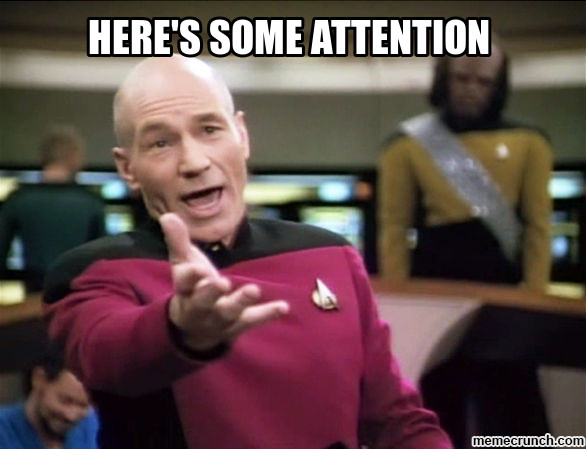 There’s a difference between hungry and thirsty, in business and in life.

Hungry is a positive – it’s synonymous with striving and putting in extra time to work on things. It means getting started early and finishing late, going farther than others in the pursuit of a better outcome. It’s how virtually every success story begins, the catalytic effect that takes place whenever desire and commitment meet. Hungry means working quietly and focusing on one’s own improvement, often in the dark and with little fanfare until the finished product is ready.

It’s good to be hungry.

Thirsty is different. There’s nothing worse than being thirsty – even lazy and unambitious is preferable.

Hungry people actually accomplish stuff before they speak on it. Thirsty people start from the premise that they already know better than everyone else, even before they accomplish anything. That they are worthy of adulation just by virtue of their having opened their mouth. It doesn’t work that way.

Social media is filled with the thirsty – people who are way more worried about others’ perception of their value as opposed to their actual value. People who should be spending more time building up what it is that they do versus tearing down what others are doing.

Thirst is only partly fueled by ambition – it’s true driving components are actually envy and insecurity. Hungry people don’t concern themselves with what others have going on, so great is their sense of mission and so few are the hours in the day. Thirsty people, on the other hand, are consumed by the success of others and the persistent nagging feeling that not enough people are appreciating them.

When you’re feeling under-appreciated, or you’re insecure about your own business model or service offering, it’s a short leap from “I am doing something worthwhile” to “everyone else is not.” That short leap has big consequences. You start to turn people off with your unsolicited nastiness.

Worse, you begin to corner yourself with over-generalizations and strong opinions. You wall yourself off from the rest of your peers and leave no room for any evolution of thought or pivoting of strategy. You alienate people who actually know a thing or two and could potentially help you with your endeavors. Surrounded by a fog of acrimony, you turn off would-be partners and customers. No one wants to be around negativity and zealotry.

Which, of course, only fuels more thirst. This makes your isolation and insecurity more obvious and the cycle becomes inexorable. You eventually become a caricature. That’s when people begin to ignore you.

The benefits of blogging and social media are obvious – the medium allows for a meritocracy of ideas and a fluid hierarchy made up of the people who share them. A hungry person, focused on learning, sharing and self-improvement can go very far. A thirsty person who doesn’t check his or herself will not go far. They will be stunted by their own rhetoric.

Being smart is not enough to overcome being a dick. The world – our world especially – is filled with smart people. Big deal, what else you bringing to the table?

I’ve seen this happen to dozens of people over the years – people with knowledge and lots to offer who just couldn’t get past their own thirstiness. I try to remind myself of this all the time lest it happen to me. It could happen to anyone who isn’t thoughtful about how their words and actions may be perceived.