One year ago this week, rumors were swirling that Drake was about to drop a huge mixtape of new tracks, which the web was thirsty for in light of the delays surrounding his rumored fourth album. The rapper had been in a very public battle with his record company, Young Money Cash Money Billionaires (YMCMB), at the time the home of Nicki Minaj, and both artists wanted out of their contracts.

On February 13th, 2015, with no warning whatsoever, Drake finally dropped his mixtape, but unlike a traditional mixtape, it was not released on Datpiff or any of the other myriad mixtape download sites. No, this mixtape was released in album format, complete with full artwork and availability on the iTunes Store. It was a clever trick – the final album that he owed the record company, with a defiant title clearly aimed at the label’s executives who had overplayed their hand: If You’re Reading This It’s Too Late.

Drake was out, this surprise release was his escape hatch. 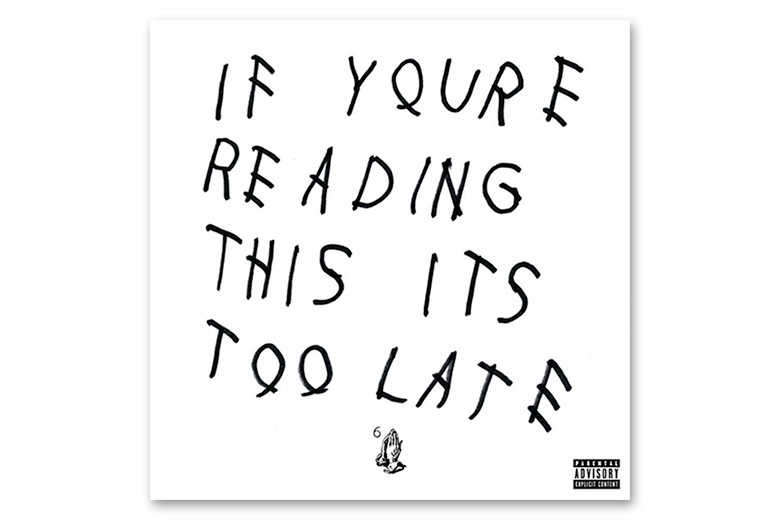 Unlike YMCMB’s executives, if you’re reading this, it’s not too late.

Now at the end of the second tumultuous week of 2016, you still have a choice to prepare yourself and your portfolio for the cyclical bear market I believe we are in, in case it gets worse.

So that we don’t get overly bogged down in semantics, I’ll define the term I’ve just used, even though there is not a universally accepted definition of it.

A cyclical bear market, by my own definition, is something in the neighborhood of a 20% decline that is sustained for a reasonable period of time. In other words, the Crash of 1987, during which the market lost 23%, doesn’t qualify because it happened in a day.

I am comfortable asserting the fact that we are in a cyclical bear market right now for several reasons:

A majority of markets around the world are currently down more than 20% from their peaks.

There are several key international markets that are down closer to 40% than 20%.

The average stock in the US is down 25%.

The Dow Transportation Index is down 25%.

The nation’s largest corporation by market cap, Apple Inc, is in a 30% drawdown from its high.

The S&P 500 index, though only down 10% from its record high, is riddled with stocks in individual bear markets of their own and has made no forward progress since May of 2014, almost two years ago.

I want to reiterate something I’ve said here many times: a cyclical bear market does not have to end in a crash nor does it have to be accompanied by a recession.

It’s possible, although rare, to have a mid-cycle bear after which the economy and stock market simply pick up the pieces and move forward. In 1984, with many oil companies going bust (sound familiar?), there was a peak-to-trough decline in the S&P 500 of 14.4% from the start of the year through the summer. There was a 19.9% decline in the summer of 1990 as markets were shocked by the Savings & Loan crisis and a 19.3% sell-off during the Asian currency crisis in the summer and fall of 1998.

In other words, cyclical bear markets can happen even during a powerful secular bull market. Not every cyclical bear results in “the next 1929.” Investors in the modern era do not have a lot of experience with these relatively benevolent plunges. The dot com bust of 2000 and the Great Financial Crisis of 2008  – both of which resulted in the halving of the S&P 500 and severe economic downturns – are more recent, hence they are the most tangible touchstones in our collective psyche. Here we go again…is the mentality, and with understandable reason. Who the f*** wants to go through that a third time?

My base case right now is that we are in a cyclical bear within the context of a larger secular bull that began in May 2013, when the S&P 500 finally broke above its 2000 and 2007 double-top. But I could be wrong, these things are fairly impossible to call in real-time anyway.

I’ve written at length about the power of asset allocation in combatting a bear market. My September 2015 piece at Fortune on the topic was heckled because the headline deigned to use the term “bear market”, which brought out all the magazine indicator-worshipping kneejerk contrarians. I sure hope they didn’t bet against my comments using margin. I recommend reading it to get a sense of how a diversified portfolio can help investors get through whatever may be happening:

Are you ready for the next bear market? (Fortune)

Second, I would recommend investors ask themselves whether or not they are truly passive investors, or if they’ve just gotten themselves caught up in the Boglehead Zeitgeist of recent years. All things being equal, passivity is probably the most consistently rewarding strategy there is over decades, but life is not lived in decades, it is lived in days and weeks. The fact is, most investors cannot tolerate the full brunt of a bear market psychologically, and will end up doing the perfectly wrong thing at the most inopportune time. You will see how many newly-minted Vanguardians and robo-clients vomit up their equity portfolios toward the end of whatever this market episode becomes.

And so I would say that if you believe yourself to be susceptible to this sort of thing – and there is no shame in being emotional about money, we all are – now would be a good time to make sure you are getting good guidance from an advisor who you trust and who understands what’s happening.

For those with large nest eggs who are too near to retirement to merely grit their teeth and bear what the market throws at us, the answer might be to have some sort of a tactical strategy in place that seeks to minimize volatility, even if this comes at the potential cost of lowering long-term returns (no free lunch). Most wealthy people do not need every penny in gain that the market has to offer, so why would they need to endure every bruise and scratch? We manage a tactical strategy in-house, called Goaltender, for precisely this situation. There are many ways to do tactical, but each method has tradeoffs and potential negatives, so do not go about your due diligence lightly.

Lastly, I would remind you not to get overly pessimistic, no matter how badly the price action may look during any given day, week or month. Prices have a funny way of convincing investors that things can only get better or worse, before reversing sharply and making fools of those who become overly aggressive in either direction.

Remember that the woes of today lead to the gains of tomorrow. After all, Drake followed his early 2015 sacrifice record with another album of new tracks, entitled What a Time to Be Alive, which would debut at number one just like its predecessor. Complex Magazine named him The Greatest Rapper Alive of 2015, quite a turn of events considering how trapped he had felt when the year began.

It can always get better, in markets and in life. Keep your head up and get your portfolio in order – it’s not too late.