The Interloper offers this perfect summation of investor behavior at the moment:

How would you feel about your property value if there were a growing fire destroying an entire block of houses two miles away? Sure, it’s a little smoky when the wind blows the wrong way but you just slapped on a fresh coat of paint. Someone’s going to put the fire out, right?

We don’t want to panic too much because we’re sure that someone will do something.  So we’re not evacuating, but we’re also not thinking about that 2-bedroom addition either.  Volume is kind of thin and conviction isn’t really there.  Question is, are investors acting irrationally by not selling this market aggressively in the face of perceived danger, or is the market trying to send you a bullish message?

The ECB may announce aggressive measures in addition to a rate cut which could be very bullish.  Or they could opt to simply hold rates steady.  Keeping rates unchanged is widely anticipated and is essentially neutral or slightly negative for the markets.  The tell is if the equity markets hold steady or trade higher.  Heck, the more times European leadership meets and the market doesn’t implode, the more bulletproof it becomes.  Any positive market tone on the back of this meeting will force me to reevaluate a longer-term bearish stance.

Bears have given this market both barrels.  If you believe that European debt worries are the primary driver of losses in the last half of 2011, you have to feel positive about this market reaction.  The probability that the market will start behaving more like bull and less like a bear are up significantly now that we’ve seen a reaction to the European downgrades.

There are terrible, apocalyptic possibilities around every corner.  Do all of them have to play out to their logical conclusion (capital market endgame)?  No.  Are investors sitting by idly as the whole neighborhood burns around them?  Maybe.  We are overbought and badly in need of a pullback.  These questions and more will be answered when that happens.  How will you be reacting?

Keep an eye on sovereign spreads and the TED spread.  My other “if then” is “if” the TED spread breaches the December highs, “then” the bull scenario is likely in hiatus indefinitely. 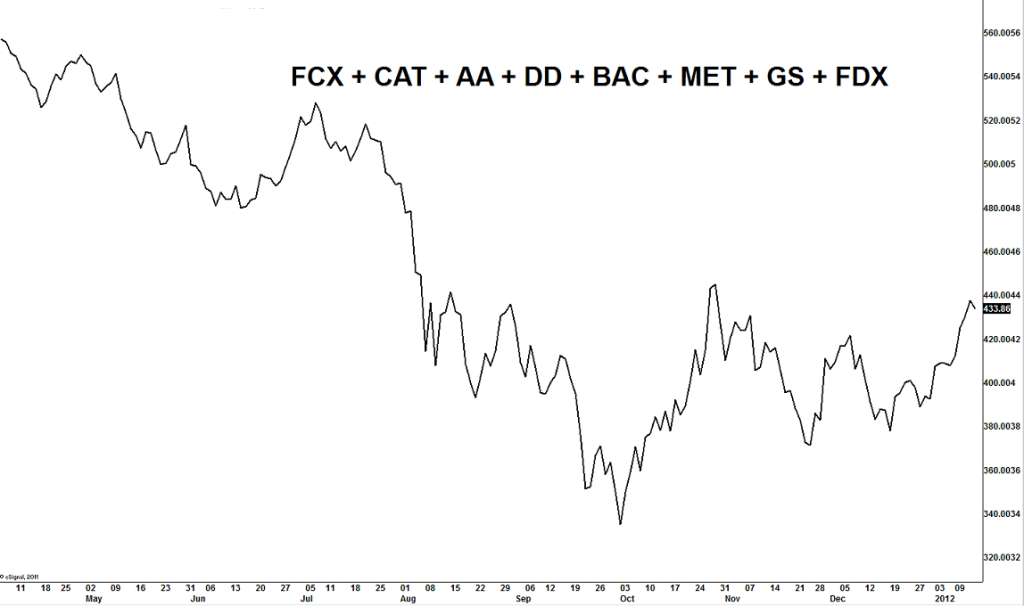 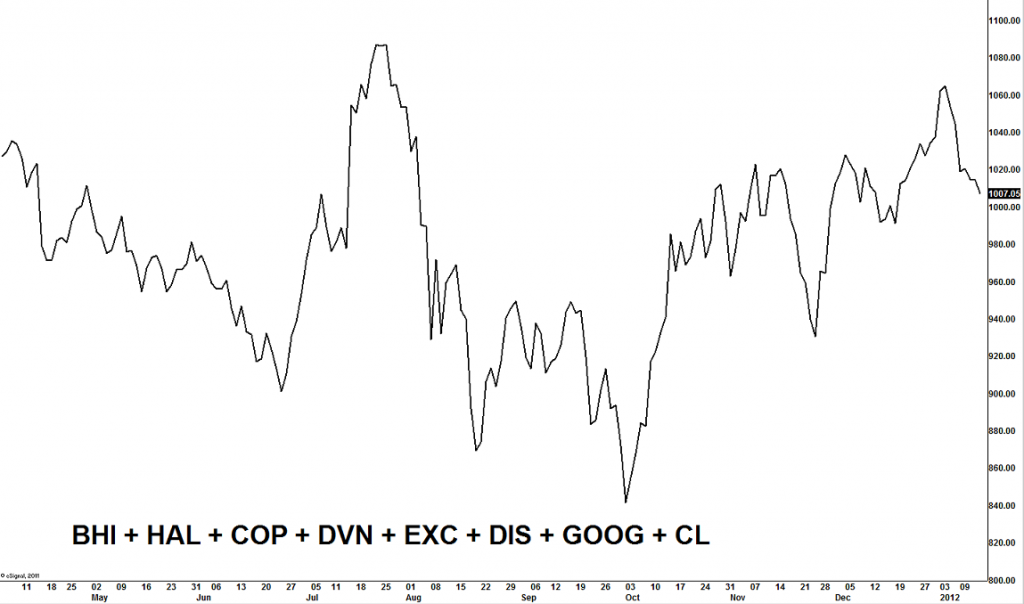 Both the winners and losers have bullish charts which usually means we are in for a correction.  Also, watch out for news events on Mondays of US Bank Holidays.  Recent memory includes the Korean missile skirmish and Dubai debt crisis (both occurred over Thanksgiving when US markets were closed).