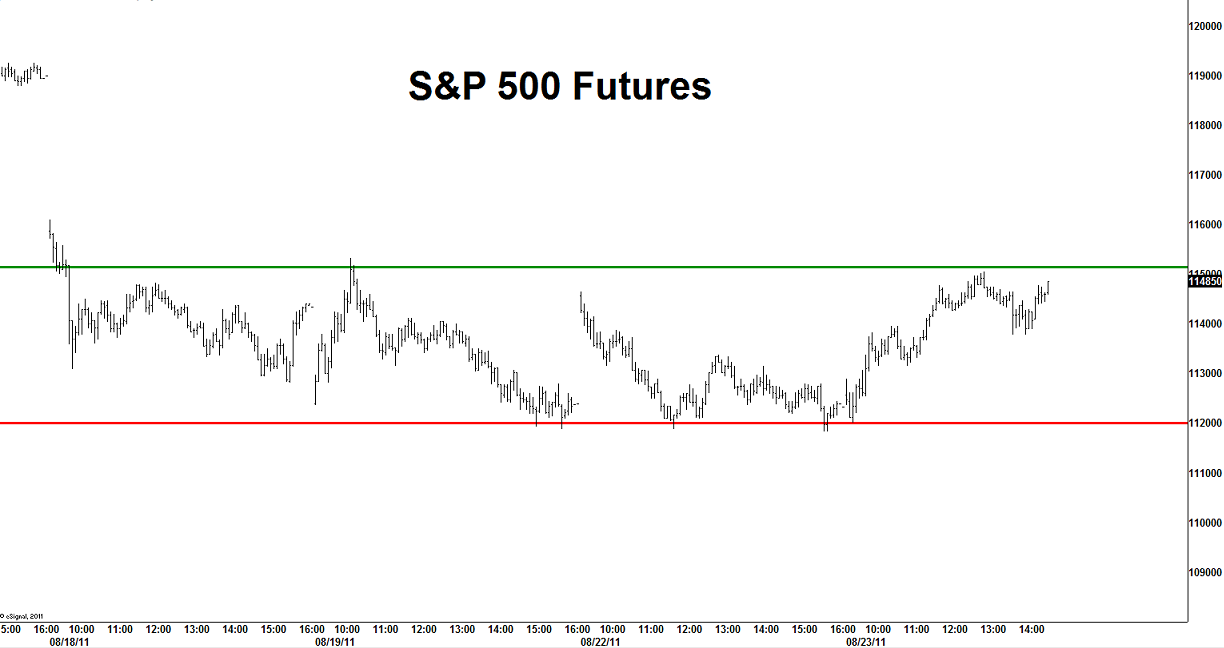 Will the third time be a charm?  Will Bernanke embark on a third battle in his fiat campaign and return home a war hero or a defeated general?  Every market participant is waiting to hear what Bernanke says on Friday from Jackson Hole.  Much has changed in the political tone since the first QE program.  There’s a leadership void in Washington being filled by those who wish to exercise restraint at all costs.  The Tea Party believes the by taming the fiat money system and neutering central banks it will somehow make the world of finance more tolerable and understandable.  Sort of like those who advocate nuclear disarmament on the grounds that it would somehow make war more tolerable or understandable.

Right now the market is vacillating between short sellers triggering sell programs and light buying from the value crowd triggering short covering.  On the battle lines of an elevated $VIX and a broad index resting on support, anything can happen.  We should be mentally prepared for a 50% retracement of the entire move lower or continued weakness.  That means 1220-1250 on the upside and ~900 (!) on the downside.

Gold is pushing to the brink and will not be able to maintain this pace for long.  Watch for the CME playbook of raise margins and crash the market over the coming weeks.  Use the previous actions taken by the CME in silver is your guide.  Some other asides:

And the market is up as we speak.  Bad news is now good — for now.