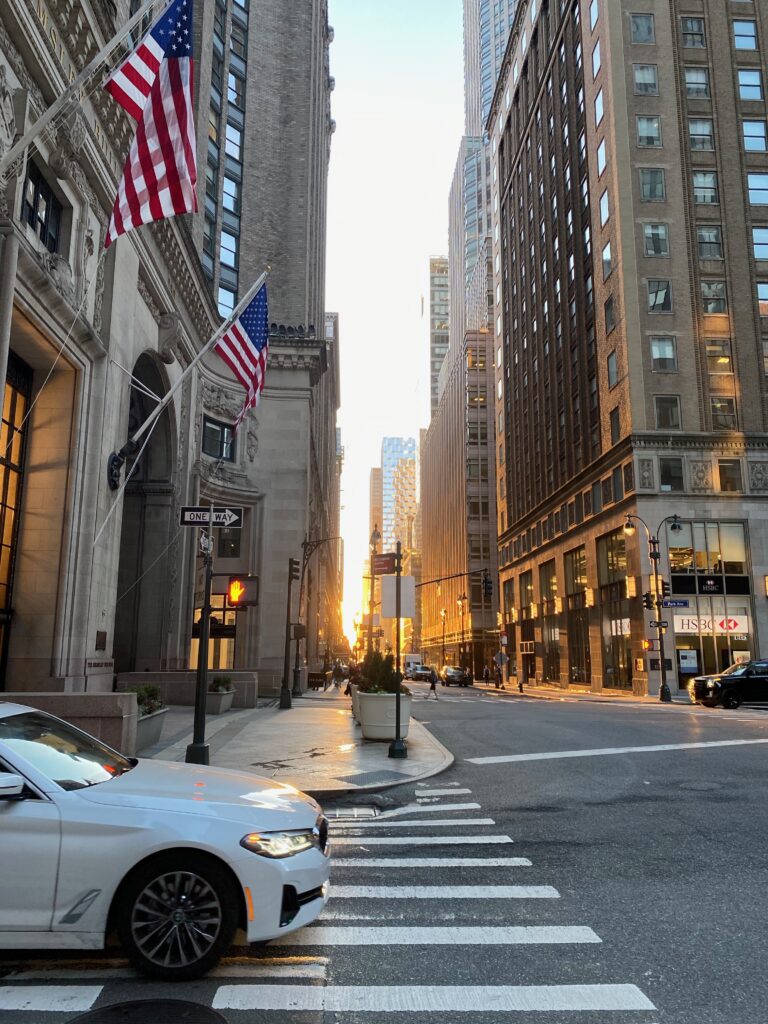 Took this shot of the sun setting on the west side of Manhattan from the intersection at 45th and Park Avenue around dinner time Thursday night. The building facade on the left is officially called 230 Park but New Yorkers only know it by one true name – The Helmsley Building.

I worked in Helmsley for a brokerage firm from 2000 to 2010, with my original office on the 33rd floor, second from the top. On a clear summer night like this one, we were able to look straight up Park and see Yankee Stadium (the original Yankee Stadium) in the Bronx, lit up like a beacon. It’s fun coming back in and seeing all the old sights again after a year away from it all.

Speaking of coming back, our new show The Compound and Friends is taking off and we’re having a blast getting back together with all the people we’ve missed since the pandemic began…

Sam Ro came by for another edition of The Compound and Friends. Above, we talk about whether or not Bitcoin should have a circuit breaker like the stock market does and the recent dropping of Wall Street coverage for Bed Bath and Beyond, GameStop and the other meme trades.

You can listen to the whole thing below and get it wherever you listen to your favorite podcasts.