Every quarter, a new graduating class of clients makes it through their three-year anniversary with us and into our Milestone Rewards program. As Milestone Rewards members, clients are granted a lifetime (permanent!) fee reduction that they have earned with their loyalty to their own financial plan. If you can make it three years of stock and bond market volatility without panicking out of your portfolio, you can make it through ten years, or twenty, or a lifetime. You just have to remember what got you this far. And what happened after all of the other scary episodes during which you didn’t react (or overreact!).

Being a good client to your financial advisor so that they can really help you make the most of your finances – it’s one of those things in life that’s simple, but not easy.

Anyway, I am so proud of the incoming class of Milestone Rewards members, 22 client households who first began working with us during the third quarter of 2018. These 22 families made their first allocation trades with us during one of the most volatile periods of time of the last ten years. Many people have forgotten but the volatility in the fall of 2018 was the start of what would ultimately become a full-blown 20% bear market by the bottom, reached during Christmas Eve at the end of that year. Stocks would go on to have an exceptional 2019 followed by the onset of the worst pandemic and global economic shutdown in a century. These families persevered, sticking with their portfolios, adding more risk when we asked them to and sticking with the plans we had built for them. Again – simple, but not easy. And in hindsight, it looks easier than it actually was in the moment.

According to Nick, who looked at the data for me, this is quite a special group indeed:

To the clients who have qualified for Milestone Rewards this quarter, I want to say thank you and keep the faith. We’re going to get you to your destination, come what may, according to the plan. Your trust in our advice and steadfast commitment to the goals we have set together form the reservoir of strength that we will be drawing upon, now and in the future.

Ask a Ritholtz Wealth Management advisor about Milestone Rewards and how we can build a better portfolio for you. 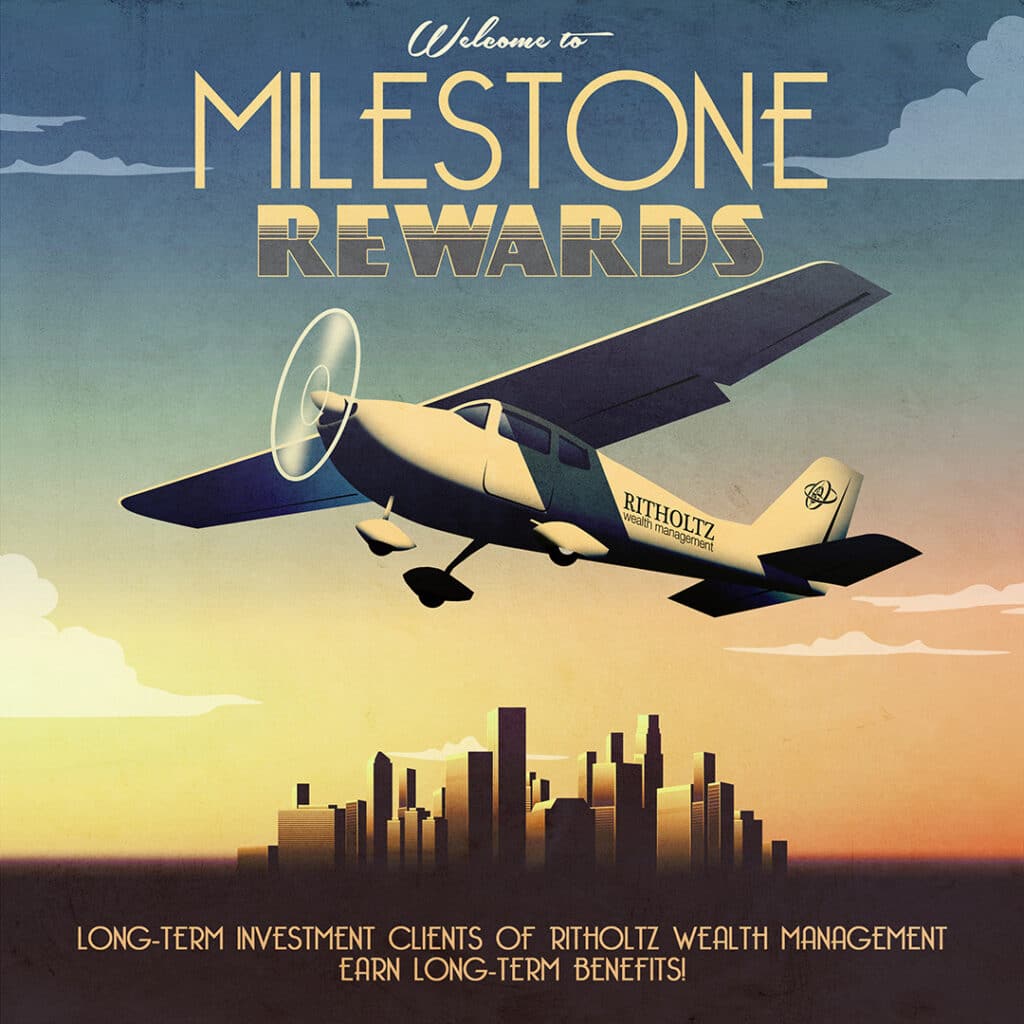