This week the White House press secretary tweeted out a doctored video of an alleged assault on an intern by a journalist in order to change the narrative from that day’s scandal du jour. Making an enemy of the free press seems to be one of the primary aims of this administration. By casting doubt on anything and everything, the President and his policies get an unlimited free pass. This tactic has been called “gaslighting” and it’s something that has been a truly destabilizing force in American politics over the last few years.

The President told an audience from the National Sheriff’s Association, at a meeting in the Oval Office, that “the murder rate in our country is the highest it’s been in over forty-seven years.” Now, of course, this is exactly the opposite of the truth. During the last three decades, the national rate of murders and violent crime has been cut in half. But he said it, and some part of the audience believed it. It was fact checked umpteen times in the press, but enough doubt has been sown about anything coming from the press that it almost doesn’t matter at all (see: Playing with Fire).

The President has made the statement that “Nothing can be proved” and has generally asserted that there’s no such thing as the truth and there are no facts. People in his administration, whose salaries our taxes are paying, have enabled these statements, backed them up, repeated them and supported a laundry list of lies he’s told across official government channels. These lies include the assertion that Senator Ted Cruz’s father killed JFK, that global climate change is a hoax perpetuated by the Chinese in order to disadvantage our manufacturers, that vaccines cause autism, that he would eventually find out who really knocked down the Twin Towers on 9/11, that Mexican rapists are overrunning our borders, that women and the African American community support him, and on and on.

He has calculated, correctly, that trust in the mainstream media is at an all-time low and, as a result, he wouldn’t be held accountable for these lies as past administrations and candidates had been. He nailed it. 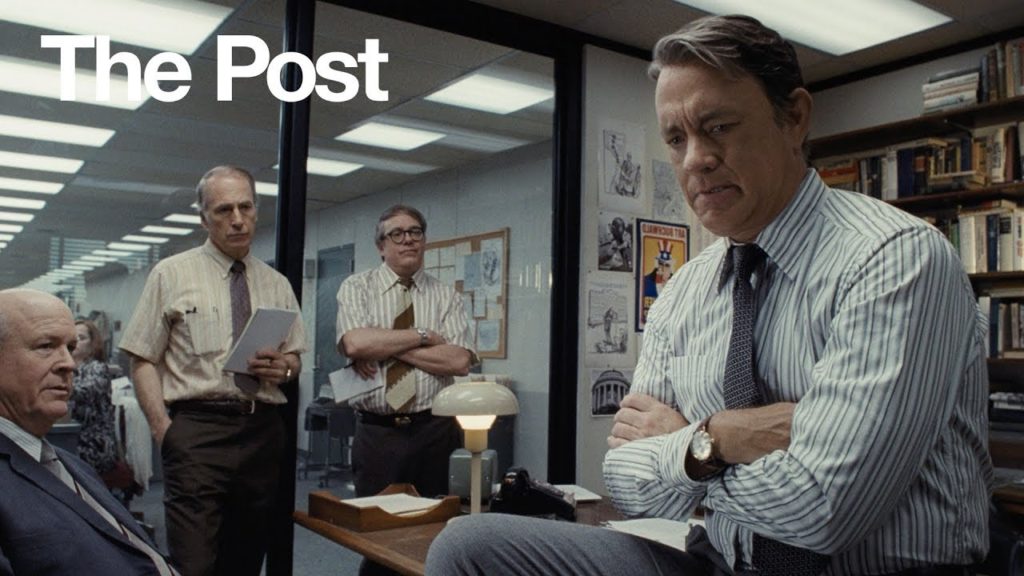 This weekend I finally got around to watching The Post, Steven Spielberg’s film about how the Washington Post persevered against the Nixon administration and published the damning Pentagon Papers, despite the President’s best efforts to keep them from telling the truth about the war in Vietnam. The publishing of these documents probably did more to end the war and bring our soldiers home than any other singular act. In addition to being a fantastic movie, it was also an affirming reminder to me about how important it is for the nation to have a free press.

But having a press isn’t free.

Having reporters conduct crucial investigations for the edification of the voting and tax paying public costs money. The money will partially come from advertisers, but, in the end, subscriptions are the only thing that keep these institutions going. With ad dollars flying into the coffers of Google and Facebook, the newspaper sites are somewhat at the mercy of this mass aggregation and disintermediation of the news business. So it’s up to readers to pay a price for the news they consume. The real news. The kind that’s produced by journalists with skills and editors with ethics and publishers with a eye toward the public good. Not the shit being spewed by your wacky neighbor and forwarded by your addled uncle.

When I look at all the monthly subscriptions I pay, and all the recurring charges, the ones I am most proud of are my subscriptions to newspapers (digital, but nonetheless). I think of them like taxes, doing my part as a citizen to support the free press that holds the nation’s leaders accountable to us. It’s my favorite tax to pay. I am currently a paid subscriber to the New York Times, the Wall Street Journal and Barron’s.

The New York Times website put up its paywall in March 2011 and it now has 3.5 million paying subscribers. According to the company’s CEO, subscriptions accounted for two thirds of their revenue this quarter. Advertising revenues are still falling, but subscription growth has been robust. Readers (and voters) all over the country have come to recognize that it is a part of their civic duty to help pay the cost of journalism. The Washington Post has had similar success converting readers into payers. The current administration has jolted the newspaper business back to life. Paying this “tax” has never been more important and the people get it.

I don’t read the news I’m paying for every day. It’s likely that I read more than most people, but no one can read everything. That’s besides the point. The point is in contributing to our freedoms in a way that federal or state taxes simply don’t cover.

It shouldn’t have to be said, but it kind of does these days: Paying for the news is neither a Democrat or Republican conceit, nor is it a liberal or a conservative action to take. It’s simply part of being an American and an acknowledgment that facts matter. We can debate the biases in the coverage across different news media companies endlessly. What we cannot debate is the need for there to be an accurate record of the facts and statements and actions of our leaders and institutions published somewhere.

In the film, Katherine Graham, who became the head of the Washington Post newspaper business her father had owned when her husband died, was faced with a difficult choice: By publishing the purloined Pentagon Papers, she would end up facing the the full force of the government in the Supreme Court – she would be at risk of facing espionage charges as well. This risk extended to the entire company, which was in the process of going public and trying to raise enough money to remain viable. By suppressing this information, she risked being responsible for a collapse of the press’s freedom and yet another wave of American kids being sent into the jungles of Asia to be killed for a war that the Defense Department had secretly admitted was not winnable.

Katherine made her choice. “Let’s go. Let’s do it.” Her defiance changed the world. Her courage to face down Nixon also set the stage for what would come next, the cleansing of Washington D.C. from the most corrupt administration in American history (so far). Most of us will never be in this position. The least we can do is pay this small but essential voluntary tax.

Below are some links you can use to subscribe and help strengthen some of the most vital press organizations in America: